Genocide: The Legal Extermination of the African-American's Economic Interests 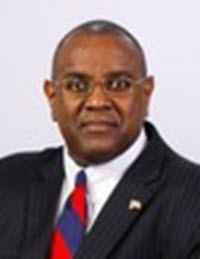 This is the story of my life, it is a story of all [emphasis added] life. It is good to tell, sharing with four legs and all the wings of the air and all green things, for they are all of one mother and the father is of one spirit. Now that I can see it all, as from a lonely hilltop, I know it was the story of a mighty vision, given to a man too weak to use it; of a holy tree that should have flourished in a people's heart, with flowers and singing birds, and now is withered; and of a people's dream that died in bloody snow. But, if the vision was true and mighty, as I know it true and mighty yet, for such things are of the spirit and it is [only] in the darkness of their eyes that men get lost.

This riveting passage from the experience of the indigenous American population is analogous to the blighted dream of millions of African-Americans. This vision of a society based on principles of 'universal equality,’ was never a dream shared by the colonizers of United States. The genocide they committed against the indigenous American population is a haunting portrayal of the dearth of their philosophical commitment to universal equality. The validity of the aforementioned is perhaps most clearly evidenced by the fact that these founding fathers paid the early settlers for 'Indian’ scalps. In juxtaposition to this reality, Hollywood portrayed the 'Indians' as scalpers in its films.

This duplicity was not only limited to their treatment of disparate racial and ethnic groups, but also telling of their treatment of their own race. For instance, the framers wrote a Constitution which never envisioned the non-landed white gentry having a vote. Additionally, they wrote the Declaration of Independence which spoke of all men being created equal, at a time in their history when most of the framers were themselves slave holders. Concomitantly, they never envisioned women voting. They were so afraid of true democracy that they created an electoral college to elect the president. This electoral college is in contradiction to a direct election by the people. Futhermore, the founding fathers designed a Senate whose members were elected by a plurality of state legislators' votes. The State legislators were elected by a few constituents of their respective states who had the privilege of voting. This farcical representation and denial of rights to the common white woman and man is telling of the lack of concern showed to non-whites.

Akin to their design of the aforementioned form of government, these white forefathers designed the system which allowed for the barbaric mistreatment of and genocide of the African-Americans. In their second voyage to the Americas, as slaves in the 1500's, Africans were brought as the workhorses of a socio-economic, political system based on white male supremacy. Presently, the once faithful stallion is no longer necessary to the maintenance of the system due to changed laws and classifications, as well as a changing domestic and international economic order. Thus, as we look at the five asian tigers rising to prominence as major economic players, the United States, like a dawdling old man, must unyoke herself of stifling burdens. In order to achieve this goal, the United States must free itself of unnecessary encumbrances, i.e. unemployed and underemployed African-Americans, that effortlessly wither away at its budget and exacerbate its deficit. As a result, the United States, which has always viewed the African-American as a social pariah, uses all of its institutions to ensure the elimination of this perceived socio-economic gadfly. One institution whose role in the destructive process is clearly evidenced is the Supreme Court of the United States.

The Wards Cove and Croson decisions are clearly the writing on the wall for the African-American's economic viability. Via cumbersome pleading requirements and a shifted burden of proof, Wards Cove has exacerbated the plight of the African-American in his quest for equity in the workplace. His current disproportionate employment statistics will only worsen in the upcoming decade. This outcome will become evident as the African-American shies away from suits because of the onerous burden placed upon him by this draconian Supreme Court decision. Similarly, the Croson decision is yet another gauntlet that the African-American is being forced to run. His market share of the economic sector will undoubtedly become more depreciated, as the current Reagan-Bush Court, continue to mask their suspect ideology behind convoluted and conservative jurisprudential theories; advancing their onslaught against the progressive opinions of the past.

Racism has also reared its head in the political arena of Civil Rights, as President George Bush has kept his promise and vetoed the Civil Rights Act of 1990. The Act was aimed at correcting the aforementioned draconian Supreme Court decisions. It sought to return the burden of proof in employment discrimination suits, to the employer and to soften the impact of the Croson decision. However, George Bush, raising unfathomable arguments of quotas, has given his response to any notion of protecting the rights of the African-American. The President's veto of the Act seemed unmindful of the impact of the Croson and Wards Cove decisions in eroding an expansive interpretation of the 1964 Civil Rights Act, as well as, of the fact that “[t] he jobless rate for blacks in an economically recovered nation is still at Depression levels. Both the income and wealth gaps continue to be significant. The wealth of a typical white family is twelve times greater than a typically [African-American] family.”

Continuing despair and anxiety of the African-American abounds for his economic freedom from the United States' economic Apartheid. The justified bane of the African-American's disquietude will not remain hapless or unresponsive acquiescence to arguments of fate or destiny. To the contrary, these dreams and hopes of equality and parity are bottled up reservoirs of gunpowder, bulging at the seams of their containment walls and having a heightened proclivity to spontaneous combustion. Today their anxiety is perhaps best expressed by the poem:

Freedom will not come
Today, this year
Nor ever
Through compromise and fear.
I have as much right
As the other fellow has
To stand
On my own two feet
And own the land.
I tire of hearing people say,
Let things take their course.
Tomorrow is another day.
I do not need my freedom when I am dead.
I cannot live on tomorrow's bread.
Freedom
Is a strong seed
Planted
In a great need.
I live here, too.
I want freedom
Just as you.

However, tomorrow, the United States must be careful that this yearning for freedom does not crescendo in the flaming psalms of her worst nightmare. A continued emphasis on a racial spoils system may spell the nation's untimely demise tomorrow. Remember, “[n]ourished by anger, revolutions are born of hope.”

Mr. Hemming is a 3rd year student at Howard University School of Law.