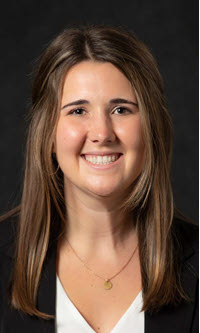 Student loan debt--whether someone has it, has had it, or is likely to accrue it in the future, it is a financial burden familiar to millions. The office of Federal Student Aid reported that as of August 2021, more than 42.9 million Americans combined for an outstanding Federal Loan Portfolio of $1.56 trillion. Among the millions of borrowers with federal student loan debt, each owes an average of $36,406 for their federal loans. In the last thirty years, the rise in cost of tuition has well outpaced the rise in wages in overall inflation, causing the average loan amount to increase nearly threefold since the early 1990s. The burden of this loan debt disproportionately affects certain groups; within just a few years of graduation, Black students, on average, owe $25,000 more in student loans than their white counterparts and are over three times as likely to default. This disproportionate impact also aggregates to afflict entire communities--majority-Black zip codes tend to have larger student loan balances and higher borrowing rates than majority-white zip codes. Because the inequities in the impact of student loan debt largely derive from race and wealth, the legislative and executive branches--namely, Congress and the president--must consider the effectiveness of various potential solutions to federal student debt in reducing the racial wealth gap.

This Comment will provide a meaningful analysis of the federal student debt crisis, analyze the effects of this crisis on the racial wealth gap, and offer potential solutions to help alleviate the disproportionate burden that federal student loans place on people of color. Part I will outline a brief history on the costs of higher education, along with the causes of present-day federal student debt. Part II will discuss the demographics of federal student debt based on characteristics like level of education, income, and household wealth, while exploring the role of race in relation to each characteristic. Part III will consider why addressing the rising levels of federal student debt is necessary and address some solutions proposed by the executive and legislative branches to date. Part IV will then offer alternative solutions to help reduce the race wealth gap, including a debt forgiveness scheme based on household wealth, along with potential preventative measures through financial literacy.

Student loan debt as a financing mechanism for higher education is, historically, a relatively new concept in the United States, and the use of federal student loans as a primary means to pursuing a higher education really only took off in the last thirty years. The rate of growth and utilization of these federal funds far exceeded what policymakers imagined would occur when they passed the HEA back in 1965. Today, student loans are the form of debt with the highest rate of delinquency, but borrowers have little recourse when faced with repayment issues because of how difficult the loans are to discharge in bankruptcy. Though unintentional, an analysis of the demographics of federal student debt reflect how federal student loans exacerbate existing racial inequalities and further increase the racial wealth gap in the United States.

The issue is not foreign to policymakers or the mainstream media, who have come up with several solutions, including executive action, legislation, and minority higher education institutions taking matters into their own hands. Moving forward, legislators and policymakers should also consider wealth-based means testing as an equitable solution to helping those most in need while also closing the race wealth gap. Preventative measures through financial counseling reform for prospective students would also make great strides in increasing financial literacy and preventing students, especially those from lower income backgrounds, from taking out ill-advised loans that lead to greater financial hardships and potentially default after graduation.