Wage Enslavement: How the Tax System Holds Back Historically Disadvantaged Groups of Americans 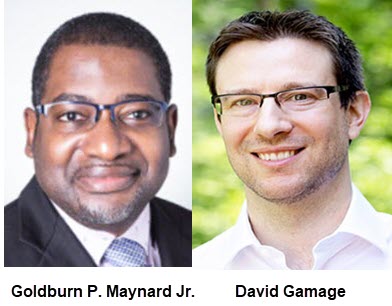 The United States aspires to be a land of opportunity. In many respects, this aspiration is a reality. Yet, at the same time, the United States is also a land of large racial wealth gaps and where members of historically disadvantaged groups often lack the economic and social resources enjoyed by those born into greater privilege. This Article documents this disconnect between aspiration and reality, and then explains how the existing tax system exacerbates these inequities by holding back historically disadvantaged groups of Americans. To address these problems, this Article calls for reform.

To be clear, this Article in no way attempts to comprehensively evaluate how the existing United States tax system affects all historically disadvantaged groups. Instead, we mostly focus on sketching out some important ways in which the existing tax system inhibits Black Americans (and especially those descended from slaves) from catching up with other Americans whose ancestors benefitted from less oppression and from greater opportunities provided by law and by governmental policies.

Our overall argument builds on our own prior scholarship as well as on the prior work of other scholars. Specifically, this Article elaborates on how, “by heavily taxing wage and salary incomes, and only lightly taxing the returns to owning wealth, the tax system obstructs historically disadvantaged groups from building wealth and economic power while protecting the comparative economic power of historically advantaged groups that started accumulating wealth during more illiberal periods.”

This Article was written for a symposium session titled “Wage Enslavement and Prison Entrapment.” We are unsure who came up with that session title, and we do not necessarily agree with prior usage of the related term “wage slavery.” Nevertheless, we agree that the term “wage enslavement” succinctly and provocatively conveys what we consider to be a central injustice of the existing tax system, and so we have decided to embrace that term for this Article.

To understand what we mean by “wage enslavement,” first consider that Americans born into greater family wealth and privilege can often at least substantially escape the income tax and other federal taxes, effectively forcing other comparatively disadvantaged Americans to pay for the governmental services and protections that have made accumulations of great wealth and privilege possible. By contrast, Black Americans and other members of historically disadvantaged groups often lack equivalent access to family wealth or to other opportunities for borrowing or for otherwise benefitting from familial social networks or other forms of social capital, to facilitate getting a head start in economic life.

Thus, to get started economically, Americans born into comparative disadvantage must typically rely on the limited opportunities for earning wages or salaries offered by employers. Then, the existing tax system places a relatively heavy burden on this wage and salary income. This is because the federal income tax, state and local taxes, payroll taxes, and other tax and related fiscal burdens, all combine to make it difficult for Americans born into comparative disadvantage to earn enough in wages to cover their tax and non-tax living expenses and then to also save enough to start building wealth.

Education, home ownership, and tax-preferred retirement accounts all provide paths out of this metaphorical wage enslavement for many Americans. Yet these paths for escaping wage enslavement are comparatively much less available for many Black Americans and for other members of historically disadvantaged groups.

This Article is largely about the problems created by how the existing tax system favors income derived from owning wealth, as compared to wage and salary income. To start with, readers might thus ask: what is “wealth” anyway? Without fully answering that question, this Part defines wealth as an asset-based concept that is distinct from income and then sketches the now familiar problem of wealth inequality. This Part underscores the intergenerational, compounding nature of wealth and explains how this inequality undermines principles of equal opportunity. This leads to discussing the persistent problem of the racial wealth gap. By briefly summarizing some of the proposed explanations for the racial wealth gap, we underscore that these accounts are partial and ultimately lead us back to historical systemic discrimination and public policy choices that have disproportionately harmed Black Americans.

In this Article, we have explained the phenomenon that we call “wage enslavement” and have argued that it is a central injustice of our tax system. We thus intend this Article as a call for reform. There are many possible options for reform, however, and space constraints prevent us from evaluating reform options here. We thus plan to take up the task of evaluating reform options in future scholarship.

Ultimately, we mean for this Article to raise more questions than it attempts to answer. We hope to address at least some of those questions in future scholarship, but we also hope that this Article will help motivate further work related to the wage-enslavement problem by other scholars. As Robinson and Das argue:

The pendulum is swinging toward tax justice, but it faces formidable inertia.

Tax justice is deeply connected to the movements for equality and racial justice. Progressive tax policy can ensure more of us share in the prosperous economy that our collective tax dollars make possible. It can mitigate economic disparities by class and race. And it can make sure the government has the resources it needs to function for all of us.