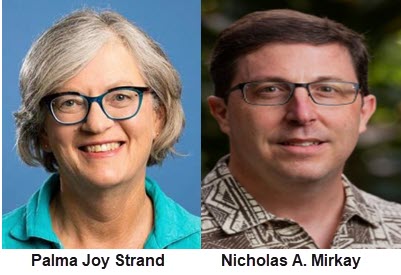 The racial wealth gap is strong. In 2019, the median wealth of white households was $188,200, orders of magnitude greater than the median household wealth of both Latino and Black households ($36,100 and $24,100 respectively). According to a recent report on the economic state of Black America, about 19% of Black households have negative net worth because of debt, while only about 2% have net worth over $1 million. In comparison, only about 8% of white families have negative net worth, while 16% have net worth over $1 million. In terms of total wealth in the United States, a 2019 report by the St. Louis branch of the Federal Reserve Bank notes that “white families in 2016 owned 89% of it, while black and Hispanic families owned a 3% sliver each.” The report continues, “[t]his is especially troubling given the changing racial makeup of the population. More than 1 in 4 families are headed by a black or Hispanic person, up from 1 in 5 in 1989. Yet their slivers of the economic pie have barely budged.”

The racial wealth gap is stubborn. Historian Calvin Schermerhorn observes, “[e]ight generations [after Emancipation], the racial wealth gap is both yawning and growing .... In 1863, blackAmericans owned one-half of 1 percent of the nation's wealth. Today it's just over 1.5 percent for roughly the same percentage of the overall population.” Even when overall wealth inequality in the United States decreased between 1945 and the late 1970s, the racial wealth gap persisted as the nation excluded Black citizens from participating in that “enormous expansion of new middle class wealth.”

The racial wealth gap is structural. A report by the Center for American Progress sums up the connection between past and present: “The large and persistent Black-white wealth gap follows from centuries of policies that have systematically disadvantaged BlackAmericans' ability to build, maintain, and pass on wealth.” In a similar vein, a 2018 report from the Samuel DuBois Cook Center on Social Equity at Duke University concludes “that the cause of the gap must be found in the structural characteristics of the American economy, heavily infused at every point with both an inheritance of racism and the ongoing authority of white supremacy.” Racism is a system, and the function of that system is the perpetuation of white advantage and Black disadvantage.

The authors of the 2018 report assert that to close the racial wealth gap, “America must undergo a vast social transformation produced by the adoption of bold national policies, policies that will forge a way forward by addressing, finally, the long-standing consequences of slavery, the JimCrow years that followed, and ongoing racism and discrimination that exist in our society today.” The authors go on to sketch the contours of these bold policies:

Addressing racial wealth inequality will require a major redistributive effort or another major public policy intervention to build blackAmerican wealth. This could take the form of a direct race-specific initiative like a dramatic reparations program tied to compensation for the legacies of slavery and JimCrow, and/or an initiative that addresses the perniciousness of wealth inequality for the entire American population, which could disproportionately benefit blackAmericans due to their exceptionally low levels of wealth. Indeed, the two strategies--reparations for America's record of racial injustice or the provision of the equivalent of a substantial trust fund for every wealth-poor American--need not be mutually exclusive.

In this Article, we describe and analyze one specific policy proposal-- Universal Basic Income (UBI)--that takes this second, interest-convergent approach to closing the racial wealth gap. In Part I, we provide an overview of the U.S. status quo of extreme economic and wealth inequality, which disproportionately harms Black citizens. In Part II, we describe guaranteed income initiatives generally and UBI in particular. In Part III, we highlight aspects of UBI that counter current destructive and divisive trends in how government provides economic support to citizens and the stories around that support. Finally, in Part IV, we circle back to the value of UBI as an interest-convergent approach to narrowing the racial wealth gap.

This kind of interest-convergent approach, which recognizes the close connection between high levels of economic inequality overall and the racial wealth gap, is complementary with “direct race-specific initiative[s]” such as reparations. This approach invites people designated white to realize that all of us - of whatever racial identity - are all in this together, that our economic fortunes are connected, that our interests converge. This kind of interest convergence goes hand-in-hand with increasing openness on the part of the white-designated population of the United States to acknowledge the nation's history of racial exploitation and to engage in understanding the past in order to imagine the future.

McGhee observes that “the laws we make are expressions of a root belief, and it is time to face our most deep-seated one: the great lie at the root of our nation's founding was a belief in the hierarchy of human value. And we are still there.” Before we can move forward, we need to name that lie. Acknowledging our history and naming that lie are foundational steps toward creating an interest-convergent coalition to tangibly recognize the contributions made by BlackAmericans to our nation, contributions that have rarely been celebrated and never rewarded.