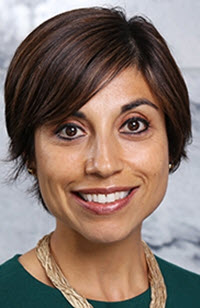 The New Deal created a separate and unequal credit market--high-interest, non-bank, installment lenders in black ghettos and low-cost, securitized, and revolving credit card market in the white suburbs. Organized protest against this racialized inequality was an essential but forgotten part of the civil rights movement. After protests and riots drew attention to the reality that the poor were paying more for essential consumer products than the wealthy, the nation's policymakers began to pay attention. Congress held hearings and agencies, and academics issued reports examining the economic situation. These hearings led to new federal agencies and programs, executive actions, as well as several acts of legislation. These Congressional investigations and the theories and explanations emanating from policymakers and academics were the genesis of decades of legislation aimed at supporting minority banks and other institutions. The resulting policy framework is still in effect and includes: the Community Reinvestment Act (CRA), the Community Development Financial Institution Act (CDFIA), as well as several key provisions and mandates regarding minority banks in banking legislation. In this Article, I will argue that the foundational theoretical premise of these laws and policies is flawed. Though policymakers and scholars accurately diagnosed the root causes of the disparate credit market, the solutions did not correspond with the problem and have therefore been ineffective. These laws and policies were not aimed to address the systemic causes of the disparity but only served to treat its symptoms. The misguided focus on small community banking, minority-owned banks, and mission-oriented institutions as a response to structural inequality has been the dominant framework in banking reform.

In analyzing the varied, but theoretically consistent response to lending inequality, this Article also challenges a long-standing banking myth that “small community banking” or “microfinance” is the answer to poverty, specifically for marginalized communities. This idea was the foundational theory of the minority banking industry, the CRA, the CDFIA, and almost every legislative response to credit inequality for the past fifty years. The premise of these laws is that that marginalized communities, having been left out of the dominant banking industry, will pool their resources and collectively lift themselves out of poverty. As such, these laws are rooted in neoliberal and libertarian concepts of banking market even as they have been championed by progressive reformers and community activists. For most policymakers, activists, and scholars, the buzzword is “community empowerment” and they have legislated accordingly. In doing so, they have avoided addressing the root causes of the problem and have shifted the responsibility of a solution to the disenfranchised communities themselves instead of devising comprehensive federal policy solutions. This Article will trace the genealogy of this legislation and offer solutions that will address the root causes of this inequality.

Americans must decide whether to keep embracing our history of racial tribalism or to shed these divisions and go forward as one people, indivisible. Can America's majoritarian democracy support a program intended solely to benefit the black minority? It certainly did not in 1870, 1930, or 1960. However, there is reason to hope that this is more likely now than ever. We are facing another pivot point. The racial détente of the 1960s has fallen apart. The myth of post-racial America has been dispelled and renewed tensions have erupted on the national stage as well as in segregated pockets of poverty in America.

Modernity will inevitably bring us closer together, which can either lead to greater resentment or greater cooperation. Perhaps more people will realize that what benefits a minority will also benefit the majority. Full racial integration will eventually remove pockets of blight, crime, and deprivation across the country. This will benefit the entire American population. Integrated schools benefit all students and increased equality will spur economic growth. We must shed these destructive myths that separate can be equal, that a segregated economy will reach prosperity on its own, or that black banks can lead to black prosperity without fundamental economic changes. We cannot deflect the responsibility of economic equality onto these communities alone. W.E.B Dubois declared in 1948 that the great problem of American democracy was that “it had not yet been tried.” Perhaps it is time to try.

Mehrsa Baradaran is a law professor specializing in banking law at the University of Georgia. Her book How the Other Half Banks has received national and international media coverage.