Interpreting Equal Protection Clause Jurisprudence under the Whiteness-bell Curve: How Diversity Has Overtaken Equity in Education 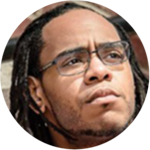 The sixty-fifth anniversary of Brown v. Board of Education is nearly upon us, but the vestiges of our nation's discriminatory past still linger. The United States Supreme Court's announcement that “separate but equal” had no place in public schools in 1954 was followed by a second decision, just one year later, ordering lower federal courts to grant relief to the afflicted parties “with all deliberate speed.” As the team of iconic civil rights attorneys leading the class action lawsuit celebrated another win, a young secretary opted to look up “deliberate” and disturbingly discovered that it more or less meant “slow.” When viewed in this light, it is perhaps less than shocking that the terrain of educational opportunity remains profoundly distorted. Even still, the irony cannot be understated. As Professor Ogletree has noted, the Brown II decision evinces the deep-seated hypocrisy embedded in the Court's purported commitment to ending segregation in public schools, as its mandate to proceed “with all deliberate speed” actually “meant with no speed at all.” Though noteworthy progress has been made in the intervening years, there is still much work to be done. Today, students of color continue to be afflicted by the nation's ongoing failure to fully address racial inequities in education stemming from a legacy of slavery, segregation, and discrimination.

Data from the United States Department of Education's Office for Civil Rights (OCR) confirms that significant racial disparities in educational opportunities persist. OCR's 2013-2014 Civil Rights Data Collection (CRDC) surveyed 99.5 percent of all public schools across the nation to assess the current landscape of educational opportunity for traditionally disadvantaged groups. Information was collected on a number of topics, including but not limited to: student discipline; college and career readiness; access to teachers and other school personnel; instructional materials; building facilities; infrastructure; and finances. Overall, their findings reveal troubling trends attesting to the reality that we still have a long way to go in advancing racial equality in education. According to OCR, a key issue is state and local governments' reliance on property tax revenue for school funding, which systemically results in the allocation of less monies to high-poverty schools that have a higher proportion of students of color. In addition, across the nation, per-pupil expenditures vary wildly from state to state. Measured at the extremes, this spectrum spans a magnitude entailing a discrepancy of over $14,000 per pupil. The inequities do not end at state lines, but further extend to local school districts within states. Indeed, there are twenty-three states where wealthier school districts are flat out allocated more funding than poorer districts. Through Title I, an initial provision of the Elementary and Secondary Education Act passed in 1965, federal funding is available for local public schools serving low-income children, but it has been insufficient to offset these disparities. In fact, quite disconcertingly, the net result of the complicated formulas employed in this legislation--to effectuate the dispensing of these federal monies--has enabled wealthier districts to disproportionately procure additional resources, thereby further exacerbating the problem.

The ensuing discrepancies in educational outcomes are often discussed through the vernacular of “achievement gaps.” However, such nomenclature tends to obscure the reality that these disparities are the predictable manifestations of “opportunity gaps” rooted in our nation's legacy of slavery, segregation, and racism. Activist and educator Dr. Robert P. Moses coined the term “sharecropper education” to capture the historical underpinnings of the inadequate educational opportunities currently afforded Blacks and other students of color. Initially, proactive measures in the form of “affirmative action” policies were explicitly justified on the basis of addressing the remnants of the nation's discriminatory past. Most famously, President Lyndon B. Johnson laid the conceptual framework for affirmative action in his commencement address at Howard University on June 4, 1965. In that speech, entitled “To Fulfill These Rights,” Johnson remarked:

You do not take a person who, for years, has been hobbled by chains and liberate him, bring him up to the starting line of a race and then say, “you are free to compete with all the others,” and still justly believe that you have been completely fair. Thus it is not enough just to open the gates of opportunity. All our citizens must have the ability to walk through those gates. This is the next and the more profound stage of the battle for civil rights. We seek not just freedom but opportunity. We seek not just legal equity but human ability, not just equality as a right and a theory but equality as a fact and equality as a result.

Today, however, this sentiment is largely irrelevant. Pursuant to the Equal Protection Clause of the Fourteenth Amendment, the United States Supreme Court has only recognized two circumstances that would justify the employment of a race-conscious governmental policy: (1) remedying specific, intentional discrimination, and (2) pursuing diversity in higher educational institutions to procure the benefits thereof and avoid racial isolation.

Given that a root problem is an insufficient fusion of funding into de facto segregated schools, a step in the right direction would be to call for the reconfiguration of the formulas associated with Title I so as to explicitly incorporate a mechanism for allocating monies to schools on the basis of their racial demographics. However, such measures would be unsustainable, as the Court has expressly deemed the objective of redressing historic societal discrimination to be insufficiently compelling under the Constitution. Moreover, in the decades since Brown, numerous court orders and policies designed to promote integration and increase diversity have failed to fully address the persistent racial inequities in education captured by the CRDC. Recognizing the limitations of the constrained remedial measures authorized under the Equal Protection Clause, many advocates turned to their respective state constitutions as the vehicle for advancing educational opportunities for poor students of color. The available evidence indicates that these efforts brought about a modest reduction in inequality between districts within states. Nonetheless, it has been observed that no matter how successful, the tactic cannot hope to impact alarming inequities across state lines. Accordingly, practitioners and scholars have argued that a national approach to educational reform is warranted and, to this end, have combed the federal constitution in search of a provision that might sanction a broader set of remedies than the Equal Protection Clause will bear. Others have simply called for an amendment that would establish educational opportunity as a constitutional right.

The process of assessing potential next steps in the ongoing struggle for racial justice in education must begin by engaging with the fundamental question of how the Equal Protection Clause came to be interpreted as only permitting race-conscious policies either for remedying specific instances of identified, intentional discrimination or in pursuit of the educational benefits associated with a diverse student body, and nothing else. For the legal formalist who subscribes to the belief that judges make decisions on the basis of objective principles, this task could simply be accomplished by case law analysis. However, the notion that legal doctrine and judicial decisions are always internally coherent has been persuasively debunked by a multitude of critics who have asserted that the law cannot be understood in a vacuum divorced from extra-legal factors such as its sociopolitical and economic contexts. These criticisms paved the way for a progeny of alternative frameworks of legal analysis that incorporated interdisciplinary methods. “Critical Race Theory (CRT) is an important part of this line of legal scholarship and has made several serious challenges to the doctrinal orthodoxy concerning race and law since its development in the 1980s.” As a radical-left, intellectual, and political movement, CRT is committed to not only exposing the perseverance of White racial privilege, notwithstanding laws prohibiting discrimination, but, moreover, to advancing the cause of racial emancipation. This critical platform seems particularly salient in an effort to discern how we, as a society, arrived at this juncture and to plot a strategy for moving forward. As such, this Article revisits a theoretical paradigm that was developed through insights from fusing the work of CRT co-founders Professor Cheryl Harris and the late Professor Derrick Bell: the Whiteness-Bell Curve.

The Whiteness-Bell Curve is an amalgamated hypothesis that was forged in a union between Bell's Interest-Convergence theory and Professor Harris's vision of Whiteness as Property. Bell's theory asserted that “[t]he interest of [B]lacks in achieving racial equality will be accommodated only when it converges with the interests of [W]hites.” Harris, in turn, argued that American law has recognized and protected a property interest in Whiteness by failing to challenge the current allocation of material benefits that have been shaped by centuries of White domination. Succinctly stated, the Whiteness-Bell Curve combines the insights of Bell and Harris to posit that advances in racial equality in the United States proceed pursuant to a Revocable License Model in accord with three rules: (1) moments of racial progress are occasions whereupon the oppressed group gained access to Whiteness; (2) this access will only be granted, as an accommodation to Black interests in racial equality, under terms that will not abrogate the value of Whiteness; and (3) such access is revocable if it diminishes the value of Whiteness without a sufficient offset in political, economic, social, or psychological benefits. This Article argues that the Whiteness-Bell Curve can account for the evolution of the constitutionally permissible contours of race-conscious remedies in the realm of education and proceeds as follows. First, Part I begins by summarizing the construction of the theory and its underlying tenets. In order to apply this hybrid model to the realm of education, it is necessary to demonstrate that access to education properly falls within the ambient of Whiteness. To this end,

Part II offers a review of the historical deprivation of education to Blacks during slavery and segregation, as well as the associated reverberations in the present.

Part III takes this hybrid framework for a test drive. The aim here is to map the new hypothesis against the contours of current doctrine. Through an examination of pertinent case law concerning affirmative action in education, this Article argues that the Revocable License Model is a viable framework for understanding and predicting the evolution of race-conscious remedial measures authorized by the Equal Protection Clause.

This Article concludes with a call for reconstructing Black interests as a preliminary but essential step toward advancing racial equity in education. As predicted, there is substantial evidence that Black interests, much like White interests, as conceived by Bell, are currently skewed in favor of each respective group's elites. When examined at the intersection of race and class, it is clear that affluent Blacks have been the primary beneficiaries of Revocable Licenses pursuant to integration and diversity policies, while the utility of these measures has, by and large, proven marginal to poor Blacks. The extent to which it may be feasible to push beyond the boundaries of the Whiteness-Bell Curve can only be ascertained if we can successfully reignite a unification of Black interests. Indeed, Black interests have been and remain a notable input in pushing the racial equality agenda forward--even under the constraints of the Whiteness-Bell Curve. If we can forge a new set of unified Black interests, then it will only enhance our capacity to develop “pragmatic strategies for political and economic survival.”