Equality of Opportunity and the Schoolhouse Gate (Book Review) 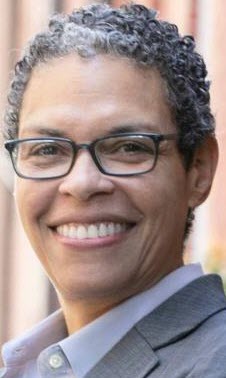 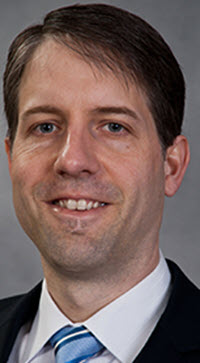 Justin Driver's The Schoolhouse Gate: Public Education, the Supreme Court, and the Battle for the American Mind excels in two key respects. As a book about education law, it weaves together disparate doctrines and discrete issues into a cogent whole. This is no small accomplishment, given the broad spectrum of questions the Supreme Court has addressed in schools: racial segregation, funding, immigration, free speech, religion, corporal punishment, suspension, and LGBTQ rights. Reviewing over a century of cases, Driver highlights compelling themes that allow the reader to see the Court's education cases as a long, ongoing conversation about the extent to which the Court must defer to educators while also protecting students' rights and enforcing the Constitution. Given the substance of these cases and their wide-ranging impact, Driver argues the Court's education cases have been underappreciated and are, in fact, potentially the most important venue in which the Court acts. The Schoolhouse Gate puts education law on the map.

As a book about constitutional law, Driver's work may be even more significant. Driver aims to contest the growing conventional wisdom among academics that the Supreme Court is primarily a conservative institution that merely follows public opinion and, thus, does not play a major role in shaping society. He details a number of major school cases--from segregation to free speech to immigration--in which the Court's decisions were entirely at odds with public opinion at the time they were released but managed to shift public opinion over the course of time. He also recasts a number of cases that others have critiqued as failures, convincingly arguing that the Court threaded a needle in those cases and delivered moderate opinions so as to avoid social backlash while still producing doctrinal victories for student rights. In sum, for those not yet willing to give up on the Court, The Schoolhouse Gate is a breath of fresh air.

The breadth and ambition of The Schoolhouse Gate are its greatest strengths. But in an effort to construct a metanarrative, Driver treats all doctrines and issues as roughly equal in importance. The various cases appear as data points in service of a larger story. Many scholars--including us--would argue that the Court's education cases are not equal. Some would insist free speech and religion cases have had the most significant effect on public education, while others would emphasize the influence of discipline, discrimination, and desegregation cases. Rather than assign particular significance to any single area, Driver seeks to elevate the entire field of education law--an important accomplishment indeed. But one area--equality of educational opportunity--gets too little attention. Equality of educational opportunity includes the fundamental right to an education and school-segregation law. We argue these two lines of equality doctrine tower above the rest of education law. Deeper analysis of those two lines of doctrine, moreover, would reveal that they have the potential to reshape the entire metanarrative undergirding education law if properly understood.

One cannot plausibly claim to understand public education in the United States today ... without appreciating how the Supreme Court's decisions involving students' constitutional rights shape the everyday realities of schools across the country .... At its core, this book argues that the public school has served as the single most significant site of constitutional interpretation within the nation's history. In exploring that thesis, the book treats the Court's school cases as a series of tussles that involve two recurring conflicts. One is the doctrinal conflict over school authority. The Court consistently struggles to balance the clear requirements of the Constitution against the harms of interfering with and undermining school administrators. In other words, the scope and appropriateness of a constitutional review of school policies is the major subtext of the Court's school cases.

The second is the conflict between society and the courts, with schools stuck in the middle. Driver does not frame it exactly that way. Rather, he emphasizes that the Court has decided many of our nation's most controversial cultural issues in the school context. His conclusion regarding the importance of education law follows naturally from that point. But the question remains: why have schools played this role? The answer lies in public schools' unique ability to capture the “nation's cultural imagination,” reflect its “social concerns,” and “illuminate[] both the hopes and the fears” of the people. Thus, when cultural and constitutional conflicts arise, litigants naturally choose public schools as their battlefield. This phenomenon alone justifies Driver's special attention to education law as a distinct strand of the Court's jurisprudence.

Driver explores both of these themes well, but, because of the scope of his book, he does so at a level of abstraction. Respect for schools' authority is about managing institutional relationships, and problems arise any time the Court reviews another branch of government's actions. This is not unique to education. Further, because cultural-legal wars will inevitably occur, so too will school cases. The way the Court shapes actual educational opportunities and experiences is another important part of the story. And understanding it requires a deeper examination of the theoretical and doctrinal underpinnings of the Court's cases, which we provide here.

The Schoolhouse Gate treats issues like school discipline, searches and seizures, desegregation, funding, and equal access as doctrinally and theoretically distinct--bound together by the Court's general concerns over judicial intervention and school authority. In doing so, Driver neglects the central unifying concern of the Court's most important cases: the nature and scope of the constitutional right to education. In the Court's most significant cases, the tension over school authority is an outgrowth of the substantive weight and significance of the underlying right at stake--the right to education. If the Court were to acknowledge such a right, it would have no choice but to intervene in various educational contexts. Without that right, the Court is free to afford considerable weight to policy implications and to tweak around the edges of educational opportunity without ever fully validating the principle that the educational opportunity should be equal.

In short, while school cases consistently force the Court to make tough decisions regarding judicial intervention and school authority, the most central issue in the most important cases is whether the Constitution protects the right to education. Our nation has long been committed to such a right. Various state constitutions have explicitly recognized it. The Court routinely alludes to such a right. But it has never affirmatively recognized it. As a result, the Court has condoned educational inequality as often as it has interrupted the practice. This failure is the sad lynchpin that undergirds the Court's most important cases.

This Review proceeds in three parts.

Part I provides an overview of The Schoolhouse Gate and a critical assessment of its strengths, contributions, and limitations.

And finally, Part III examines the Court's school-integration jurisprudence, the area in which the right to equal education has been contested most consistently and most deeply.

The Schoolhouse Gate demonstrates that education law is among the most significant areas in constitutional law, worthy of its own independent treatment and capable of teaching broader lessons about judicial authority and capacity. More specifically, the book shows just how much the Court can achieve when it chooses to intervene, even in the face of enormous cultural controversy. In this Review, we have attempted to show that the Court's reluctance to recognize the full extent of the Constitution's demands in public education leaves essential obligations unfulfilled, trapping millions of children in conditions that deny them education adequacy and racial equity.

When the Court validates constitutional rights and norms in schools, it extends the horizon of opportunity for millions of students. Sometimes that means students can learn to engage in political debate without fearing a repressive disciplinary response. Other times that means students will be free from government coercion--explicit or implicit--to participate in religious activities as they strive to define their own spiritual imperatives. The Court's intervention can even result in the transformation of the entire structure of schooling, prompting the transformation of broader society. School systems, for instance, have gone from places designed primarily to serve students of one race, gender, and ethnicity to engines of opportunity for all students. With this change, the operative norms that purported to justify the former regime of repression, exclusion, and discrimination are repudiated.

The work of achieving equal educational opportunity is undoubtedly difficult and likely to be prolonged. Entrenched cultural forces often militate against it, and this enterprise requires examining the nuances of educational policy and practice, a field replete with new and sometimes competing social-science claims, making it uncomfortable terrain for judges. The Court, to its credit, has not run from all of these issues. The Schoolhouse Gate cogently identifies the Court's most consequential interventions to enforce constitutional promises of equality and freedom of conscience.

The full measure of the Court's impact, however, requires acknowledging both what the Court has given and what it has taken away. Driver tracks how the Court has vacillated in its enforcement of certain rights but stops short of what could have been a much more critical account. A holistic normative assessment of the Court's interventions, noninterventions, and retractions is not flattering. The Court has said “no” to students on matters of enormous significance quite often. The Court has also said “yes” in important cases only to later retract or nullify the original mandate in later controversies. The net result of the Court's noninterventions and retractions is the perpetuation of a tremendous amount of behavior that either used to be, or should have been, prohibited. That behavior--funding inequality, resource inadequacy, segregation, and zero tolerance--then becomes constitutionally normalized, a result that deforms constitutional expectations far beyond the public schools.

The treatment of the right to education and desegregation provides two of the most troubling illustrations of how the Court's education jurisprudence disappoints. For more than half a century, the Court issued decisions that suggested that education would receive special protection under the U.S. Constitution and that, in the right case, it would recognize education as a fundamental right. But when the moment of decisive action came, the Court demurred, announcing a doctrine that would have extensive ramifications for students' hopes of enjoying the full measure of political and economic citizenship. Nearly half a century later, the Court's decision in Rodriguez continues to shape the structure of educational opportunity and governmental duty in problematic ways.

Although distinct from the campaign to secure a federal right to education, the effort to preserve Brown v. Board's legacy has faced increasing opposition from the Court. Litigants spent decades paving the way for the Court to strike down segregation. When Brown finally reached the Court, its basic holding confirmed the value of that struggle. The Court began to build on Brown's foundation, issuing decisions in the late 1960s and early 1970s that vastly expanded the scope of the desegregation imperative. Regrettably, the Court then spent four decades thwarting desegregation at every turn. By some accounts, those decisions erased nearly all of integration's gains, leaving our schools as segregated today as they were in the early 1970s.

Cases like Rodriguez, Brown, and their progeny represent opportunities for the Court's work to matter tremendously. While the Court has been true to the Constitution's commands and brave enough to follow them on important occasions, it has refused to do so in equally vital moments. Such refusals inflict deep wounds. The Court may be the last resort for many young people seeking to realize their hopes for equal access to what the Court itself describes as a “fundamental obligation of government to its constituency.” A Court that turns its back on those claims weakens the Constitution it is charged with enforcing.

Michelle Adams is a Professor of Law at the Benjamin N. Cardozo School of Law.

Derek W. Black is a Professor of Law at the University of South Carolina School of Law.