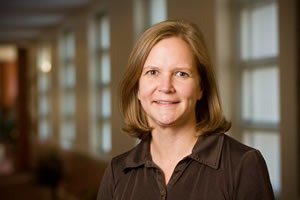 This Part examines the role of the federal government in promoting and funding charter schools. It begins by examining how choice is encouraged by two broad federal programs, Race to the Top (RTT)  and No Child Left Behind (NCLB).  Neither does much to further the goal of school integration; rather, both allow segregative choice. I then examine how federal fiscal policy largely ignores the value of diversity in education, awarding millions of dollars for educational initiatives that segregate. Finally, I propose that this system must change, or we will repeat the immediate aftermath of Brown when public dollars funded segregation.

President Obama's signature education initiative is Race to the Top, a way for states to compete for and win additional federal funding.  The RTT application process rewards states that “ensure successful conditions for high-performing charters and other innovative schools.”  This section is worth up to forty points, out of five hundred possible points.  Specifically, a state can receive points for not limiting the number of charter schools, giving charter schools “equitable funding compared to traditional public schools,” and providing state funding for charter school facilities.

*146 The U.S. Department of Education has emphasized, however, that charter schools are not the sole answer to solving educational inequity and closing the achievement gap.  Yet, the additional points did inspire many states to open up their charter school laws, and RTT has certainly increased and will continue to increase the number of charter schools throughout the nation.

The No Child Left Behind Act of 2001, adopted in 2002 and amended in 2006, promotes school choice in general through its sanction provisions for schools not meeting their NCLB requirements.

First, NCLB specifically mentions conversion to a charter as one way to improve a low-performing school.  Second, students attending failing schools have the opportunity (in theory at least) to transfer to another public school.

*147 The sanctioning provisions of NCLB, however, have likely had a minor effect on changing the demographics of public schools, both traditional and charter, because they are so rarely invoked.  The more significant impact of NCLB is the addition of Charter School Program funding. This funding, along with other sources of federal grants, is addressed in the next Part.

A pro-charter school group lists over one hundred avenues for federal grant money.  The largest amount of grant money available recently is federal stimulus spending through the Investing in Innovation (i3) fund. These grants are awarded by the Department of Education for the purpose of “improving student achievement.”  The i3 program lists many aspects of improving student achievement, but completely omits integration as relevant, whether the integration is racial or economic.  The federal government awarded $646 million for education initiatives through the i3 program in 2010.  Amounts distributed in 2011 were substantially less but still significant, totaling $148 million.

The most longstanding federal program for funding charter schools is the Charter School Program (CSP). That program began in 1995, with less than $5 million distributed for charter school improvement.  By 2011, that amount had increased to almost $200 million.

In 2011, CSP changed its funding guidelines to recognize the importance of promoting diversity. Specifically, applicants can receive up to five points out of a possible total of 110 for “[p]rojects that are designed to promote student diversity, including racial and ethnic diversity, or avoid racial isolation.”

Although adding this factor and these points to the application ranking process is progress, the actual impact of the change appears minor. Diversity is not the aim of the grants--instead the program's purpose is increasing the number of quality charter schools.  The *149 first priority, periodic review and evaluation, gets twice as many points.  Moreover, the inclusion of diversity in 2011 does not seem to signal a shift in how money gets awarded. I found no evidence of a grant being awarded for promoting diversity.

Professor Olatunde C. A. Johnson has analyzed recent federal economic stimulus spending in the civil rights context.  He makes the compelling argument that the stimulus package has financed housing, transportation, and education in ways that “threaten to preserve and even deepen racial inequality.”  Charter school funding--a reform easy to sell to the public--fits this pattern as well.

In fact, the federal government is actually promoting segregation when it advocates charter schools as a way to help failing school districts and at-risk students. In our country, this focus too often means poor and/or minority school children. These children certainly need and deserve better educational offerings supported by the federal government. But by offering charter schools as a solution to the plight of at-risk children in failing school districts, we will too often concentrate them again in segregated educational environments.

If charter schools had a consistent record of improved educational outcomes, I could see how this focus on charter schools could make sense. But charter schools have a mixed academic record.  And although the academic literature exhibits many disagreements, everyone agrees that high-poverty schools, whether traditional or charter, are the hardest to operate successfully.  Federal funding to increase their number--by advocating charter schools as a better alternative for education--is ludicrous.

In addition, to operate charter schools for the advantage of at-risk children requires that those typically with the fewest resources--poor parents--make the “right” choices to improve their children's education.  While parents rightly desire options other than failing traditional schools, I fail to see how placing so much responsibility on poor parents will ensure success. This is particularly so given the lack of choices currently available in charter schools.

At the very least, the federal government should condition the awarding of money on a charter school's inclusion of “deliberate integration dimensions.”  Without that component, charter schools become a twenty-first century version of freedom-of-choice plans that locked in de jure segregation-- but worse: charter schools too often offer exclusively segregative educational experiences while the freedom-of-choice plans at least offered some degree of demographic *151 choice.  Requiring charter schools to at a minimum pay attention to integration would necessarily entail an end to federal funding of special-identity charter schools. The federal government should not be in the business of financing schools explicitly designed to segregate.

The academic literature is very clear: integrated schools, particularly ones integrated by class, are much more likely to be successful than economically or racially segregated schools.  For that reason alone, the federal government should once again embrace integration.

By its terms, choice has great appeal.  As a society we need, however, leadership to determine what kinds of choices we should offer, at public expense, to parents.

Charter schools too often separate out children who have the highest need for quality education into their separate schools, when the evidence is strikingly strong that these schools are too often doomed to failure. We cannot continue to design, operate, and fund charter schools that are returning us to the days of legal segregation.