On Race, Teacher Activism, and the Right to Work: Historicizing the “Red for Ed” Movement in the American South 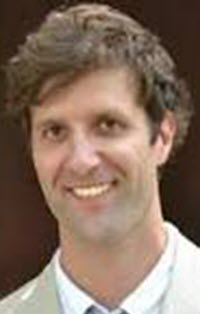 The wave of teacher strikes in 2018 captured the attention of the nation, but they were nothing new in the field of education. Teachers have employed the means of walking out and going on strike since the turn of the twentieth century, connecting educators to the work and protests common to the labor movement. The teacher strikes that precipitated the founding of teacher unions over 100 years ago occurred in industrialized northern cities including Chicago, Detroit, New York, Philadelphia, Minneapolis, and Toledo. However, the geopolitical sites of teacher strikes in 2018 are significant. The nearly 400,000 teachers that went on strike or walked out of their jobs as part of carefully coordinated statewide movements in “red” or “purple” states. Defined by right-to-work legislation, budget-cutting austerity measures taken by conservative legislatures, and a privatization movement marked by charter school expansion, the states where teachers organized walkouts and strikes--West Virginia, Arizona, Oklahoma, and North Carolina, among others--have a deeper history of African American teacher activism. Largely divorced from contemporary analysis of the “Red for Ed” phenomenon, the history of southern teacher activism in the context of right-to-work legislation points to a historical continuum where the 2018 teacher strikes are the most recent manifestation of a long history of educational resistance.

A historical intersection of race, teaching, and activism deepens our understanding of modern teacher strikes in the conservative South and Sunbelt. Labor historian Nelson Lichtenstein insightfully claimed that “public-school teachers are the working-class vanguard ... where the meaning of a new American social democracy is being forged.” Yet the vanguard of organized teachers is not new. The movement among teachers during the Trump presidency is built upon the history of black teacher associations and the embattled struggle for quality public education. This history reveals that the professional organization of educators' labor constitutes a unique, though overlooked, aspect of labor and civil rights history as it provides a framework to situate a movement that has at times been framed outside the grasp of American history.

The same movement that promises to forge a new American social democracy is built upon the labor, struggle, and protest of black southern teachers who defended a right to an education during the nadir of racialized politics during the era of segregation. Although teacher unions and associations have been the subject of historical analysis, the work of southern black educators in the American South is often distorted through the lens of urban, northern, and largely white spaces. As historians who have examined teacher strikes have noted, local teacher unions and associations in Chicago, Detroit, New York, Philadelphia, Pittsburgh, Minneapolis, Toledo, and other locations established the foundations of the National Education Association (“NEA”) and American Federation of Teachers (“AFT”), and the labor unrest that birthed such organizations has received extensive examination. Though some scholarship has examined the history of southern teacher associations, a predominant emphasis on the NEA, the AFT, and their local affiliates privileges a northern and urban perspective that marginalizes the work of southern educators and dismisses the American South and Sunbelt as regions capable of serious political organizing among teachers.

Historically, southern teachers did not organize unions; they opted instead for professional education associations. Southern educators, black and white, aligned their organizations with the NEA. Founded in 1857, the NEA identified as a professional association and maintained a clear distance from rank-and-file labor unions. Indeed, the NEA adopted an anti-union stance for much of its history until the 1960s. The NEA historically advocated for centralization of school decision-making authority, a more efficient bureaucracy, and increased professionalization that was often measured by credentialing. Calls for higher salaries were couched in rhetoric around professionalization, not unionization, and were most often led by administrative professionals, not rank-and-file teachers. The AFT, on the other hand, sprang from teacher unionists in Chicago who challenged the NEA's commitment to professionalization over issues that union-influenced teachers championed, such as teacher salaries, pay raises, increased school funding, and better working conditions. Southern teacher associations affiliated nearly exclusively with the more conservative NEA and similarly pushed for professionalization at the expense of more aggressive strategies for increased salaries and improved working conditions advanced by the AFT. Southern educators thus distinguished themselves as members of a professional middle class that was distinct from their blue-collar counterparts who organized industrial unions.

This history elucidates how race was operationalized through the organization of professional labor in a region that held deep disdain for any form of labor organization, particularly after the Second World War. Black teacher associations tilled the soil for larger movements. They adopted and shaped a national civil rights agenda, unlike their counterparts in industries across the nation. Segregated from northern and white southern associations, and discouraged from unionization in general, black southern teachers generated a viable means for black professionals to organize, contest segregation, and adopt a civil rights agenda. Race functioned to divide the organization of all teachers, but at the same time, it created a professional space for black teachers to organize autonomously for issues of civil rights that coalesced around an agenda for equal education. Black teacher associations employed the same strategies of their northern counterparts who focused on professionalization and the professional development of teachers. But black southern teachers, paired with the National Association for the Advancement of Colored People (“NAACP”), adopted legal strategies to achieve economic justice through the equalization suits of the 1940s and organized to protect their right to work during the desegregation of the 1970s. In so doing, black educators situated their work in a context of civil rights largely devoid in the work of white and northern teacher associations. As such, black teachers' associations prioritized a civil rights agenda that constituted a broad democratic social vision in ways that the AFT and its parent association, the American Federation of Labor (“AFL”), did not.

The politics of black teachers also brings into focus the role of conservative right-to-work legislation. With the support of state legislators, white educators articulated a right-to-work ideology and supporting legislation to counter the civil rights claims advanced by black teachers. Whites drew upon the logic inherent to the Taft-Hartley Act in 1947, which predetermined that southern teaching associations would not be unionized during the era of desegregation. The Act banned the closed shop, a binding agreement that mandated union membership as a precondition for employment. It barred the use of secondary boycotts, which precluded sympathetic unions from striking on behalf of southern workers interested in organizing a union. Taft-Hartley had its biggest impact in the South, where state legislators used “states' rights” rhetoric to mobilize anti-union sentiment to legislate restrictions on unions. Section 14(b) of the Act also permitted states to pass right-to-work legislation that placed further prohibitions on union organization, including a ban on union shop arrangements in order to “protect” employees from having to join a union after securing employment. The Act's prohibitive measures all but ensured that southern teacher associations would not unionize much like the private corporate and trade sectors that the legislation targeted. Yet the public sector at the national level experienced precipitous growth in union density that included the meteoric rise of teacher unions in large northern cities during the 1960s. It was clear to right-to-work advocates that collective bargaining in the public sector was presenting a clear and present danger to their right to work in desegregated southern schools without union interference.

Right-to-work legislation and segregationists who oversaw the desegregation of schools stultified the civil rights agenda, reducing both the ideological and physical presence of black teachers. The visible results of this may be a largely white and conservative profession antagonistic to teacher organization and strikes. This prevailing interpretation explains ascribed surprise, if not alarm, about the “Red for Ed” movement that has garnered the attention of even the most conservative state legislatures. Yet it erases the inherently political and racialized history of teacher organization in the South and Sunbelt.

This Article examines the “Red for Ed” movement through this historical lens to challenge how we see and define the movement for educational justice today.

Section I explores how black southern educators organized to protect the right to an education by embracing and shaping a larger civil rights agenda.

Section II examines the aftermath of Brown v. Board of Education and the decision's effect on teacher organizations.

Section III details the right to work and its evolution during and after desegregation.

This Article concludes that, as much as the modern movement challenges the sensibilities of right-to-work legislation, the teachers behind “Red for Ed” continue the long struggle for equity carried forth by teachers of color that have since been displaced. Though overlooked, the origins of southern teacher activism in the Civil Rights Movement provide integral historical context to organization of teachers today.

The “Red for Ed” movement is grounded in a history of activism and resistance in the field of education. The tenacity of right-to-work legislation precludes observers and pundits from seeing the South and the Sunbelt as a serious space for teacher mobilization. However, the very existence of such legislation signifies the threat of unionization and teacher strikes in the region. At the same time, the relative absence of race-based considerations, such as the integration of both student populations and teaching faculty, suggests that pundits are not alone in missing the larger history of racialized education resistance in the South and Sunbelt. As a largely white teaching force carries forth a movement for greater funding and investment in education, it clearly stands on the shoulders of teachers of color who tilled the very soil white teachers seek to enrich today.