Latino Education in Texas: A History of Systematic Recycling Discrimination 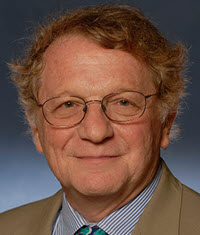 All of Texas was once part of Mexico. Texas has never forgotten it. This is the historical basis for much of the Texas Latino population's struggle for equal educational opportunities. This article will discuss those struggles endured by the Latino population in their quest for equal educational opportunity from the time of Texas's entry into the Union in 1845 to present-- with greater emphasis on the last half century. In each section I will briefly describe the history of discrimination against Mexican-Americans in that segment of education history, and the relationship between the developments in that segment of education history with the development of other educational issues. More specifically, I will discuss the history of Latino segregation in public schools--inter-district, intra-district, as well as in-school discrimination. Then I will describe the role of the Latino population in the quest for school finance equity and the effect of the inequities in school finance on their educational struggle. No history of Latino education is complete without a study of the development of bilingual education programs, to which Texas has been the national epicenter for bilingual education development. Any analysis of Latino education issues must include a discussion of the education of undocumented children and the use and misuse of standardized testing in the schools. Dropout rates are the effect rather than the cause of discrimination, and there has been a tragically high rate of dropouts among Latinos and a disproportionately higher rate of dropouts for Latinos compared to white students. We have lost more than two million Latino students from our Texas education system in just the last thirty years.

As we review this history of Mexican-American education issues, we must remember the significant changes in the demographics of Texas. Mexican-Americans have increased from 16% to 39% of the total Texas population and from 20% to 48% of the students in Texas public schools in the last fifty years.

As a Texas native, an attorney for twenty years at the Mexican-American Legal Defense and Education Fund (MALDEF), and a student and teacher of civil rights in Texas for twenty additional years, I will mention some personal observations of these various cases and issues as they relate to the overall themes.

In general, I will focus on the discrimination by the Texas legislature and governors, the Texas Education Agency, and many Texas school districts, and to a great extent, how these groups "caused" much of this discrimination. Although some of the discrimination has been "caused" by Texas or federal court decisions, we must acknowledge that these institutions reflect the opinions, will, malice, and goodness of my fellow Texans from this generation and many generations of the past.

I will end on a positive note. Because of the continuous and painful struggles in each one of these areas there has been some progress. This progress has greatly benefited the Texas Latino population as well as the Latino population in the United States. And this improvement in Latino education has benefitted all Texans. The increase in the number and proportion of Latinos with college degrees and graduate degrees as well as progress in the business and education fields in general has led to a great improvement in the educational outcomes and educational features of the next generation. To some extent, this article is to remind this generation of the struggles of their parents, grandparents, and the state as a whole.

Also, at the outset I wish to thank some of my major sources of information and inspiration to write this article. Jorge Rangel and Carlos Alcala wrote a famous 1971 law review article with an extremely careful review of discrimination against Chicanos in the Texas public school context during the periods of the 1940s, 1950s, and 1960s. Dr. David Montejano's book Anglos and Mexicans in the Making of Texas, 1836-1986 set a structural framework for the relationship of Latinos in the state to the history and sociology of the state. In addition, Dr. Guadalupe San Miguel, Jr. and Dr. Richard Valencia have written extensively about the history of discrimination against Latinos in public education. Dr. Valencia's Chicano Students and the Courts has been especially informative. I tip my hat to all of these works, and I seek to only rely on them for the legal issues involved. And Dr. José Cárdenas and Dr. Albert Cortez of Intercultural Development Research Associates (IDRA) were my experts on many of the topics I cover in this article. I dedicate this article to Dr. José Cárdenas, Dr. Albert Cortez, teachers, mentors, friends, and champions of Latino education equity.

I base the conclusion in this article on forty years of litigation and study and an immersion in the education issues of Texas. Some of my observations might not be generally held or completely correct, but the conclusions are all well-informed.

All of these issues have affected Latino education for at least the last 100 years with particular relevance in the last fifty years. Yet to some extent, each issue has been a reaction to the previous issues. Resistance to bilingual education was in part a reaction to the forced integration of the schools and the significant increase in the number and percentage of Latino students in the schools. The segregation techniques in particular were reactions to the failure of previous techniques sufficient to separate the Latino students from others. The discrimination in the school finance system was, to some extent, a reaction to the rapid increase in Latino students in the early- and mid-1900s.

Unfortunately, both the state and federal courts have been weakened in their ability to deal with these patterns of discrimination. Courts have been necessary elements to change by in effect breaking open discriminatory systems to minority interests and then monitoring public compliance and resistance to the new legal order.

Yet there is a great deal of progress as well. Texas leaders have increasingly begun to realize that the progress of the state as a whole will depend on the success of Latino students, who are already the majority of students in the state with all demographic analyses predicting further increases in those proportions. Chambers of Commerce have been increasingly interested in the effects of funding of schools and universities and have become allies of Latino groups on these issues.