The Danger of Facial Recognition in Our Children's Classrooms 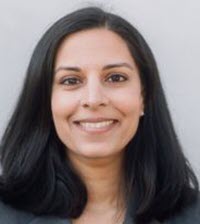 Schools in China have recently reported using facial recognition to monitor how attentive students are in the classroom. Cameras are installed above the blackboard and, by identifying facial expressions, the system determines whether children are focused on their lessons. If not, the computer feeds this information back to the teacher who grades the students accordingly.

The use of facial recognition technology in the classroom may soon be coming to the West. Americans are already contemplating its use here. Researchers at North Carolina State University have recorded students' faces while they were using a computer coding tutorial to determine who was having trouble with the material. In New York, a company named SensorStar Labs is monitoring children using a facial recognition software called EngageSense, which applies algorithms to interpret the students' levels of engagement. Schools have already purchased facial recognition technology for security reasons. These cameras could also be used to monitor student performance.

As facial recognition technology improves, privacy fears expand accordingly. These fears include legitimate concerns about how data will be collected, categorized, and stored. But there is also a separate issue related to the effects of using facial recognition to surveil classroom engagement on children's still-developing minds. So far, the technology has generally been described in a beneficial manner--as motivating the wandering minds of students to stay focused and providing teachers with valuable feedback about how well students are learning. Surveillance of children, however, can have a profound effect on their development and on their privacy expectations later in life. Additionally, facial recognition in classrooms can stigmatize differing abilities to focus and might even amplify the school-to-prison pipeline. Ultimately, surveillance has adverse consequences: by monitoring children in their place of learning, we undermine a free society.

Surveillance threatens the rights that constitute a functioning democracy--including the rights to speak, think, assemble, and vote without being watched. Some level of anonymity is key to being able to protest corruption and challenge the state. A study of high-surveillance states demonstrates its costs. In the former German Democratic Republic, for example, the Stasi would spy extensively on its populace, singling out subversive individuals. By utilizing a network of informants, including friends and family members, the Stasi collected the most intimate information on persons of interest, bugging their homes and offices. The effect in Germany at the time was self-censorship. The backlash now is vehement opposition--higher than rates in any other Western country, Germans oppose government surveillance. Similarly, in present-day China, 176 million cameras (with that number rapidly expected to expand in the coming years) track citizens' movement in order to facilitate the monitoring and punishing of critics, dissidents, and human rights activists alike. The government is developing “citizen scores.” Anti-government activity (or even associating with those who have posted anti-government messages) can lower scores. One's citizen score may determine one's access to certain privileges, such as the ability to travel. Surveillance quashes intellectual freedom, disrupts relationships, and changes the culture in states implementing its use. It fundamentally changes the way individuals think and act, and causes them to avoid speaking or writing about controversial subjects or expressing dissent.

Surveillance is not just about being watched, but about who is watching. The most common counter to surveillance is a call to protect privacy, but privacy is not the only issue with surveillance. In actuality, surveillance is a relationship built on differing power dynamics, with those in power having the ability to possess and control information. With the state as the “watcher,” it is easy to see how there would be an inherent power imbalance between the state and the individual. Additionally, history indicates that the state does not wield its power equitably against its citizens. Scholars, such as Alvaro Bedayo, Dorothy Roberts, and Jeffrey Vogle, have noted that state actors have historically used surveillance against minorities and immigrants as a form of social control.

Similarly, children suffer from a power imbalance--one that legal academics have generally not scrutinized. Children lack full rights and responsibilities and have less power and control over their lives than adults. Due to this minority status and relative lack of development, however, this power imbalance is deemed appropriate. One model stipulates that children's rights are “held in trust” for them: children are full citizens but with some rights preserved by adults, to be exercised in the future. The adults who hold these rights in trust are to consider how the decisions made during the child's minority will affect both the child's current and future welfare. The assumption is that, despite the power imbalance between children and adults, those in charge will act in the children's best interest.

Perhaps those in favor of facial recognition in classrooms may raise the argument that children are different from adults, and because of their minority status, do not need or deserve privacy. In reality, young people do have a right to privacy, which grows as they age and their capabilities evolve. The highest court has recognized that this right extends, at least in some contexts, to children. While privacy has many definitions, perhaps the most famous one was articulated by Samuel Warren and Louis Brandeis in their seminal Right to Privacy article. They frame privacy as the right to be left alone and to be free of outside interference. As children develop into adolescents, privacy, the right to develop their identity in spaces that are truly theirs without being watched, becomes vital to their growth and development. Yet children's privacy is often put aside in favor of security or safety, even when the two values can safely coexist. Even when there is no safety issue, children's privacy is often disregarded.

Most adults would not tolerate being spied on in their analogue to the classroom--the workplace. When surveyed, most American adults do not like the idea of surveillance on their activities and want to do more to protect their privacy. Even if employers can legally monitor much of their employees' behaviors on employer-owned devices, employees have actively resisted facial recognition for monitoring their productivity and focus in the workplace. The National Union of Journalists expressed outrage when a UK Newspaper, the Daily Telegraph, positioned “OccupEye” sensors under employees' desks to track attendance under the pretense of gathering energy-efficiency data. Because of the outcry, the project ultimately ceased.

Even if the Daily Telegraph had not terminated the project, the adult employees involved would have had both the choice and the leverage that children lack: if adults find employer surveillance too repugnant, they can leave their job or at least threaten to do so. Yet adults seem ready to subject children in the classroom to a level of surveillance that they do not want for themselves, contending that doing so is in the children's best interest.

Surveillance's benefit is also advertised as improving children's academic performance. Even that claim, however, must be scrutinized. Classroom facial recognition poses potential harms by stigmatizing some normal behaviors and punishing children who may not be neurotypical. The technology assumes that attention deficits are under conscious control, which is not the case. Even when an individual is intent on focusing, psychologists have found that unintentional wandering thoughts normally occur. Similarly, children who do not display eye contact or the facial expressions the algorithm favors may have non-neurotypical ways of learning, meaning their lack of eye contact and inattentive facial expressions do not necessarily indicate that they are exhibiting “negative” behaviors or not learning. If performance is just based on eye contact and other facial indicators, facial recognition software cannot distinguish between intentional and unintentional mind-wandering, nor can it account for expressions of non-neurotypical children.

Additionally, there may be benefits to mind-wandering. Children whose minds wander may actually have larger working memories and display more creativity than those who do not tend to daydream. Robert Sapolsky, a neuroendocrinologist at Stanford University, has identified mind-wandering as an incredibly beneficial exercise. When the mind wanders, it has a chance to engage in creative problem solving, imagining future scenarios and how they might turn out. Additionally, mind-wandering can be protective. Mind-wandering helps distract children and adults from the temptation of giving up on tedious tasks, thereby permitting them to complete tasks successfully.

The disdain toward mind-wandering in children is reminiscent of an old view of children's play once seen as a wasteful part of childhood. Under this puritanical view, children are born evil, with frivolity, and play seen as evil. We now know that play is vital for physical and mental development. Mind-wandering has similar benefits related to creativity. But even without a clear tangible benefit, both play and mind-wandering hold a special, sacred place in what makes us human and, more specifically, in what defines childhood.

If we are trying to promote pro-social behavior, such as paying attention in class, research demonstrates that creating a bond of trust between adults and children is much more effective than surveillance in encouraging children to communicate and learn freely. Trust requires relying on another's goodwill, which makes us vulnerable; trust can always be broken. It is ultimately a risky endeavor to trust rather than surveil someone, but it is also the true basis of any meaningful relationship. Surveillance undermines this bond of trust by making it clear that all students are suspects and under scrutiny, which disrupts the relationship of trust between teacher and student.

Too often, policy has assumed a reactive rather than proactive position with respect to new technologies affecting children. While some schools in China have already implemented facial recognition in classrooms, there is still time for schools and legislators in the West to formulate policy on facial recognition in the classrooms. Certain segments of our society, including the cities that have passed and are considering outright bans, have decided that the risks of facial recognition are too high. Even for those jurisdictions more willing to consider it, such technology warrants further research about how surveillance can affect children, the classroom environment, our democracy, and racial inequities already present in our schools and justice system. We have the responsibility to be vigilant about protecting our children and preserving their childhood--including their play, imagination, and mind-wandering.