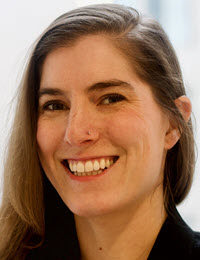 Think back to the day you took the Scholastic Aptitude Test (SAT) or some other standardized test. Like most people, you probably took your seat, put your sharpened Number 2 pencils on the assigned desk and, after listening to instructions from a proctor, started the task of bubbling in your name, address, school, sex, gender, and other identifying information. You likely thought nothing of it--after all, if you are like most students in American schools, you probably grew up taking many tests in which you bubbled in your identifying information right before you got down to business and actually took the test. But what if you were told that the test was not only measuring your knowledge related to the tested material, but also your ability to navigate around mental processes which might tax your ability to focus solely on the test? What if you learned that the test environment, the students in the room, the test administrator, and even the process of bubbling in your identifying information could impact how well you performed?

Part III considers the legal landscape of standardized testing, with specific attention given to how research concerning stereotype threat might play a role in claims brought under the Equal Protection Clause, Title VI of the Civil Rights Act, and Title IX of the United States Education Amendments of 1972.

Stereotypes permeate society at all levels, influencing children as young as four. Students who are members of social groups which are subject to negative stereotypes concerning a certain subject or area of expertise may have to navigate a mental “tax” when taking a standardized test in that subject. This mental “tax”--otherwise known as stereotype threat--raises questions regarding whether common practices used in standardized testing might create an unequal playing field.

Lawyers and other advocates invested in ensuring students have equal opportunities must continue to educate themselves about the unconscious impact stereotypes can have on students. A range of civil rights laws provide the means to challenge practices which may trigger a psychological response and disadvantage women and minority students on standardized tests.

Attorneys and investigatory agencies can rely on previous case law challenging standardized testing practices to pressure stakeholders to change practices which trigger stereotype threat and may cause underperformance by women and minority students. Policy advocates can also rely on social science research and civil rights law to put pressure on education departments and testing companies to adopt practices and guidelines which reduce the impact of stereotype threat in their testing procedures.

Arusha Gordon serves as Counsel on the Voting Rights Project and the Stop Hate Project at the Lawyers' Committee for Civil Rights Under Law.