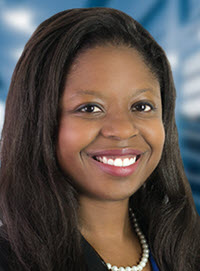 In recent years, considerable attention has been paid to the issue of hazing within white college fraternities. While hazing deaths within their ranks provide just cause for this scrutiny, a closer look at analogous organizations may provide insight into why hazing exists and persists. Such analysis may even provide solutions. Over the past several decades, de minimis research exists on hazing within Greek-letter organizations separate and apart from white fraternities. In one study, my colleagues and I investigated how race and sex intersect in the context of fraternity and sorority hazing. To get a sense of the differences at the intersection of race and gender, we analyzed (1) published and unpublished state and federal court cases on Westlaw and (2) media hits in news periodicals between 1980 and 2009.

The results from this study suggest that, overall, violent hazing is more prevalent within black and male organizations than it is within those that are white and female. Fraternities employed calisthenics more; frequently than sororities, and among the latter, only black sororities employed calisthenics. With regard to mental hazing practices, fraternities employed them more often, and black sororities did so slightly more than their white counterparts. While fraternities engaged in more pranks than sororities, this practice was disproportionately engaged in by white organizations. Sex-related hazing practices were also disproportionately employed by white organizations. Alcohol use, however, was the greatest distinguishing factor between black and white groups, with the latter employing it more frequently than the former. White sororities had about a third as many incidents involving alcohol as white fraternities, and white fraternities had sixteen times as many alcohol incidents as black fraternities. Black sororities had no hazing incidents involving alcohol. In sum, there are drastic distinctions in how hazing is conducted depending on the race and gender of the Greek-letter organizations.

In 1874, the United States Congress passed the first hazing statute to prevent hazing at the Naval Academy in Annapolis, Maryland. Since then, forty-four states have passed anti-hazing laws. While scholars and commentators have analyzed laws with regard to hazing, what may yield more fruit--at least with respect to finding workable solutions to address hazing-- would be to discern not simply the law on books, but rather, the law in action. If, for example, the goal of the law is “to regulate behavior by threatening unpleasant consequences should an individual commit a harmful act[,]” it makes sense to understand what actually influences that behavior. In short, court opinions or statutes that tackle hazing may be nothing more than mere bundles of words. The heart of the matter, instead, includes those factors that underscore, amplify, and propel hazing. For example, in his work on how law affects human behavior, Lawrence Friedman explained the effect, or impact, of law on human behavior in society. In his discussion of the relationship between law and society, Friedman began his discourse by defining the term impact as casually tied behavior to a particular law, rule, doctrine or institution. Crucial to this understanding is the notion that a message has impact only when it reaches an audience, in this case, emanating through the legal system. Once it reaches an audience, the force of impact will be influenced by rewards and punishments; immediate social context; or the inner sense, conscience, and related psychological motives.

Accordingly, in this article, the authors do two things. First, they depart from the conventional approach to analyzing hazing through the lens of the law. This article is not another attempt to make sense of a variety of court cases and statutes that address hazing. Rather, the authors explore a subset of factors that influence hazing's persistence. In part, the authors' analysis is predicated on Urie Bronfenbrenner's social-ecological approach to understanding human behavior. According to Bronfenbrenner's research, social interactions are a key component of the ecological systems theory. Bronfenbrenner described the topology of the ecological environments as “a nested arrangement of structures, each contained within the next, which must be examined as an interdependent whole to fully understand the forces surrounding a developing individual.” The Centers for Disease Control adapted Bronfenbrenner's model to address health-related issues; it focuses on individual, interpersonal, organizational, community, and policy-level dynamics. While much of the research on hazing has focused on individual-level factors, we focus our level of analysis on organizational dynamics, specifically in regards to high-level leaders.

Second, the authors investigate hazing within black sororities. As such, this article should augment and enhance the developing literature on hazing in black sororities. Other researchers have found that black sorority hazing is characterized by a secretive “underground” culture, where women undergo an unofficial process to gain full membership into the sorority. Hazing is an addition to the official process sanctioned by the national organization. Some black sorority chapters continue the traditional, old-school pledge process, now synonymous with hazing, irrespective of the National Pan-Hellenic Council's (“NPHC”) 1990 ban on pledging in black sororities. Arguably, the NPHC organizations' pledging ban created the secretive, underground nature of hazing within black sororities. Hazing incidents have increased in severity in black sororities since the ban has taken effect. Pledging has been a historic part of the black sorority experience for at least a couple of generations, and hazing is seen as a way to continue that tradition. Black sorority hazing activities are more chapter-related than sorority-related. Hazing is a means of gaining credibility and admission in sorority chapters. Women who choose to go through the Membership Intake Process (“MIP”)--the non-hazing process adopted by the nine major black Greek-letter organizations in 1990-- often retain a lower status among their own sorority members as well as sometimes among other black Greek-letter organization (“BGLO”) members, as opposed to those who “consent” to be hazed.

The negative aspects of hazing, however, must be considered in light of the benefits that hazing confers on members of black sororities. After pledging, many women report a greater sense of self-determination and believing themselves to be more capable of completing goals. Women report feeling pride and honor about belonging to the sorority. Women also acknowledge feeling that hazing instills a sense of fictive kinship and communal bonding as sisters in the organization. Therefore, they experience joy and excitement in meeting other members of the same sorority over their lifetimes. Women interested in membership and members of black sororities participate in hazing activities to protect two interests: the betterment of the sorority as a whole and the member's own image and reputation.

Second, participants are also concerned about their individual image and the reputations of those who will belong to the organization. Members do not want to be disrespected or be given line names that insinuate that they did not have to work or earn admission into the sorority. Women who do not pledge are called derogatory terms like “paper,” “skater,” and “slider.” Sorority members haze the incoming women because they want them to have the reputation that they were “made right.” Those already initiated may see “hazing [as] a form of discipline ... to shape those whom [the sorority members] care for or wish to succeed.”

With these considerations in mind, in Section I, the authors highlight some of the major hazing incidents that have roiled black sororities.

In Section II, the authors investigate why organizational leaders matter, particularly with regards to problem-solving.

In Section III, the authors investigate problematic ways in which leaders ascend to positions of power and influence in organizations and what that means for problem-solving.

Hazing has been around for centuries. Victims, parents, school and university officials, military leadership, the fraternity and sorority community, as well as legislators have struggled--for generations--to discern what lies at the root of this issue. In that grouping, these individuals, and the institutions they represent have searched for a set of solutions that will move the proverbial needle on hazing. One of the challenges to finding workable solutions to address hazing has likely been that the problem has been too narrowly defined. It has been convenient to solely look to the perpetrators as the only actors in this dynamic. However, as seen in this article, the direct perpetrators of hazing are likely only one of many actors and dimensions that perpetuate hazing. The authors focus their attention on black sororities and underscore the role that leadership plays in supporting and propelling hazing, even if unwittingly. In sum, while law is a salient constraint placed on human behavior, if legislators and judges, and other concerned individuals, seek to address hazing, they must consider the broad spectrum of human behavior to make these goals a reality.