Lessons in Leadership: How Dillard University Juggled the Complexities of Campus Free Speech, the Demands of its Mission, and the Boundaries of the Law--all in a Matter of Days

Excerpted From: Robert B. Farrell, Lessons in Leadership: How Dillard University Juggled the Complexities of Campus Free Speech, the Demands of its Mission, and the Boundaries of the Law--all in a Matter of Days, 45 Journal of College and University Law 50 (2020) (137 Footnotes) (Full Document) 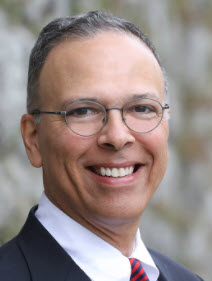 Headlines trumpet an epidemic of free speech intolerance on American college campuses. Similar concerns have been expressed in the United Kingdom. Consider the prominent case of Middlebury College as an example. There, a group of students shouted down Charles Murray, noted libertarian and father of a Middlebury graduate, who had been invited to speak about his latest book focused on the divide between rich and poor in the United States. Twenty years earlier, Murray (1994) coauthored the book, The Bell Curve, about which the students' protests were centered. Murray's detractors argued that The Bell Curve made the case that Blacks are genetically inferior to whites. Murray disputes that interpretation. Nevertheless, a student group, the American Enterprise Club, invited Murray to speak on his latest book. Middlebury President, Laurie Patton, provided an introduction and cautioned the audience that she disagreed with Murray but thought the students should listen to him and question him. However, as Murray took the stage, protesters stood, turned their backs on him, and read in unison a prepared statement about why Murray should not be at Middlebury. Following the reading, the students began chanting. With signs waving, students dancing, and intoned chants, such as “anti-women, anti-gay, Charles Murray go away,” the protesters maintained the din and disruption for 20 minutes. During that time, Murray stood at the podium, silently watching. Finally, a collection of Middlebury administrators, along with the faculty representative there to question and debate him, Allison Stanger, joined him on stage and decided to move the talk. Murray was escorted to another location where the talk and interview were recorded. At its conclusion, a band of masked protesters waited for the speaker and assaulted Murray and Stanger as they made their way across a parking lot to their car. Stanger suffered neck injuries. The protest continued as the group rocked the car until it could make its way out of the crowd. President Patton, a front row witness of the events of the evening, faced a challenge. She and the majority of students at the talk were vehemently opposed to Murray's views. Those views challenge, among others, the fundamental values of inclusion and diversity. By defending Murray's right to speak, she placed herself on his side. Condone the protests, and she would strike a blow against free speech. President Patton chose to condemn the violence and the disruptive protest. While she promised that the college would deal with the matter through its disciplinary process, she acknowledged that free speech requires an understanding of its effect on those at the margins. Further, she stressed disappointment at the way Middlebury students dealt with adverse ideas. Middlebury disciplined 67 students within the next three months. News coverage of the protest was widespread as was readily available video of the whole event.

Given a case such as Middlebury, its stakes, profile, and the issues weighed, a president must be careful in choosing words and taking positions on the issues at hand--in effect, walking a leadership tightrope. Those situations often find presidents trying to lead in a situation that pits fundamental principles of diversity and inclusivity against freedom of speech and inquiry. Does the president side with free speech at the expense of inclusivity? Does diversity of opinion, some of which may be distressing to certain students, create problems for overall campus diversity and inclusion? Is the dignity of each campus member the coin of the realm, even if promoting that value suppresses speech? Is the campus too sensitive or not sensitive enough? Is the issue erupting today symptomatic of larger societal issues? If so, how does the campus learn from that while not doing harm to the fleeting experiences of the students who sojourn there? That is not to say that other factors remain sidelined. Those might include the negative publicity or the angry calls from parents, alumni, donors, and friends.

In these moments, the president is called upon and expected not only to speak, but to lead. Before a president can act, the situation needs to be understood, and factors need to be identified and weighed and balanced. Ultimately, a decision needs to be articulated and supported and a case made justifying the approach that is cogent and carries the gravitas that recognizes the importance of the values at stake.

The experience of Dillard University and its leadership team will likely occur on other campuses. The facts will be different but similarities weave their way through many of these controversies. The polarized politics rampant in America today indicates a greater likelihood that ideas, expressed from one viewpoint or the other, will be met with protest, even violence. Speakers who have spoken before without incident may not be welcome the second time. Further, as higher education becomes tagged with the label of left-wing seminary, expect that speakers wishing to challenge or instigate will target campuses to test whether the free and open exchange of ideas remains a value of higher education. Leaders and leadership teams are well advised to discuss if not rehearse what an incident like this would look like on their campuses. To truly understand the complexity of these cases, the stakes must be high. The values pitted against one another must be fundamental, the answers not apparent, constituents angry, and the president's job, and those of senior staff, must be on the line. Only then does one grasp the difficulty inherent in these incidents.