Prior to making key personnel decisions, academic institutions consider student evaluations. Thus, student evaluations influence hiring, promotion, tenure, and termination. For this reason, many have written about the effectiveness, or lack thereof, 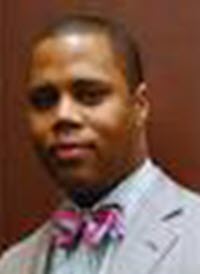 of student evaluations. Many have conducted studies with the aim of uncovering factors that influence these evaluations (e.g., gender and race). Despite skepticism about the utility of student evaluations, many still argue for their use in faculty promotion and retention. Some argue that students are the only group of people who see teachers' product firsthand. For example, Alan Socha contends that "[s]tudents' evaluations can help describe the learning environment more concisely than other types of measurement." According to Socha, students interact with teachers more than others and their evaluations "are the main source of information about the achievement of educational goals, rapport, degrees of communication, the existence of problems between teachers and students and the ability of the teacher to motivate." Others, like Sue Steiner and colleagues, contend that learning is significant in predicting student evaluation scores: the more students learn, the better the teachers' evaluation. Herbert Marsh and Alan Roche note that student evaluations are correlated with "ratings by former students, students' achievement in multisection validity studies, teachers' self-evaluations, and extensive observations of trained observers on specific processes such as teachers' clarity."

One of the biggest concerns skeptics have about student evaluations is their susceptibility to bias. For example, studies suggest that students evaluate male and female professors differently. Joey Sprague and Kelley Massoni discovered such distinctions in their research where students described their all-time best and worst teacher using up to four adjectives for each. Most commonly, students remembered"their best m[ale] teachers as funny, [and] their best [female] teachers ... as caring and nurturing." To Sprague and Massoni, this revealed important gendered expectations: men are held to an entertainment standard, and women are held to a maternal standard. They concluded that these expectations harm women more than men, because satisfying a maternal standard is more time-consuming than satisfying an entertainment standard. In their research, Susan Basow and Julie Martin found that, because women are expected to display more traditionally maternal qualities, they are judged more critically than men when they act harshly or in a demanding manner. Furthermore, Landon Reid's work found that female professors must display competence and friendliness in order for their students to regard them as confident, while male professors must only display competence.

Not only do male professors accrue benefits vis-à-vis female colleagues, but white professors also fare better vis-à-vis professors of color. A study by Socha found that students consistently rated white teachers higher than minority teachers. In Reid's examination of RateMyProfessors.com ratings, he revealed that racial minority professors received significantly lower ratings than white professors in areas of "helpfulness," "clarity," and "overall quality" of teaching. Reid found that black males were rated the most negatively. In this study, students sometimes perceived racial minorities as good instructors, but rarely perceived them as great. Those who believe that student evaluations are inherently biased against minority professors point to a number of different explanations to make sense of this phenomenon. Susan Basow and Julie Martin contend that, due to heavily rooted prejudices about the intellectual capacities of whites versus non-whites, professors of color must prove their competence in a manner that white professors do not. Reid highlights that there are significantly fewer faculty members of color than whites. Consequently, some students tend to have few black or Hispanic professors. As a consequence, they may rely heavily on preconceived notions about the teacher's ethnicity or race.

In Part II, [this article addresses] . . . why it is important to consider the evaluative judgments of law students with respect to faculty of color. In short, a number of theories from cognitive psychology underscore why senior faculty and white faculty likely give undue weight to student evaluations. As a result, these judgments by colleagues impact the promotion and retention of faculty of color.

In the Conclusion, [this article recommends] . . . a few approaches for law professors of color to strengthen their teaching evaluations.