‘Race, Racism, and American Law': A Seminar from the Indigenous, Black, and Immigrant Legal Perspectives 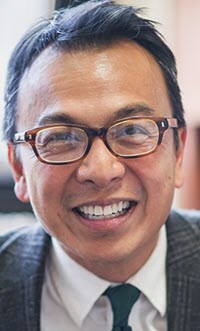 The events of fall 2016 exploded the myth of a post-racial America that some believed had been ushered in by Barack Obama's presidency. With the U.S. presidential campaign in full swing, soon-to-be President Donald Trump disparaged Muslims as terrorists, Mexicans as rapists and murderers, and African Americans as poor. Trump's racist demagoguery came amidst the momentum of the Black Lives Matter, Standing Rock, and Dreamer movements--mass mobilizations that sought to end the police killings of Black people, protect Native American treaty rights, and grant immigrant minors legal status. Once again, the racial divide that has defined this nation since its inception reemerged in the national discourse with an intensity that exposed the fallacy of post-racialism.

The national anger, confusion, and vulnerability sown by that fall's campaign reflected and reverberated in our community in Montana. They fractured our law school, our university, our state, and our city along lines of difference, not the least of which was racial. We would not know until November that Trump would be elected president. We would not know until after his inauguration that he would harden and intensify his racist agenda. But we sensed a new era had dawned, and therefore, we and our students needed to understand the undercurrents and urgencies of the moment. In response, we sought to reaffirm an anti-racist agenda and harness the ferment by finding common ground in the legal treatments of Native Americans, African Americans, and immigrants. That is how our seminar, "Race, 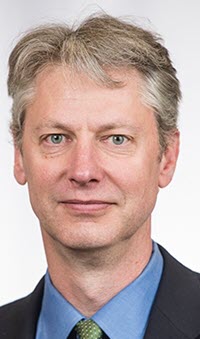 Racism, and American Law from the Native American, African American, and Immigrant Legal Perspectives," came to be.

Inspired by Derrick Bell's groundbreaking textbook, we sought to investigate race and racism in American law and offer students a forum for understanding these issues. None of us were experts on race and racism. Nonetheless, we knew, if inchoately, that race and racism were forged at the intersection of conquest, slavery, and immigration, and that law and lawyering played a critical, often decisive, role in their history. We were also deeply aware of how the past is present--that is, how these legacies endure--and that the plight and struggles of Native Americans, African Americans, and non-White immigrants remain flashpoints of conflict. We therefore approached the topic from these three perspectives. In doing so, we made a conscious and explicit choice to reject the historically scattering forces of race and racism in the law, striving instead to model, continue, and deepen a dialogue of inclusion and equality. This decision informed much of our collaborative course planning and design.

Our community also informed the design, content, and challenges of our seminar. Montana is an interesting place to teach this course. Outside of being "the last best place," the 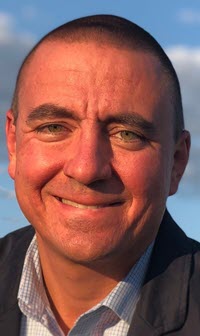 perception of Montana is that it is White, right, and heavily armed. This perception is grounded in truth, but the reality is more complex. Although the state is overwhelmingly White, Montana is also home to seven Native American reservations, and the Native American population, which comprises an estimated 6.7% of the state, is growing faster than the White population. While Latinos account for an estimated 3.8% of the state population, they are also one of the fastest growing demographics in the state with a 36.7% increase in recent years. Over 12% of the state's population lives below the federal poverty line--including nearly 14.4% of children under the age of 18. More than a third of those living in poverty are Native Americans.

Perhaps surprisingly to those beyond its borders, Montana also has a deep history of diversity, inclusion, and anti-racist struggle. Butte, Montana, once one of the richest cities in the world and home to the most millionaires per capita (the original One Percent), spawned multiracial labor unions, made up of workers coming to Butte from far-flung European and Asian countries. Foremost among these unions were the Industrial Workers of the World and the Western Federation of Miners, which championed interracial organizing. Though these unionizing efforts were violently suppressed by wealthy interests of the time, many Montanans still view union organization and participation across racial lines as integral to the state's history.

Because of its history, the state is politically more complex than a "redstate" denomination suggests: in the same election in which Trump bested Hillary Clinton by more than 20%, the state also re-elected Democratic Governor Steve Bullock. For many years, both of our Senators were Democrats, while our one House Representative was Republican. The Montana Women's March in January 2017, which drew more than 10,000 participants, was one of the largest political rallies in the state's history. And, though the state maintains a strong pro-gun and anti-government culture, Montana ranks only sixteenth in gun ownership per capita, and (due to its small population) is not even in the top ten states for the total number of registered guns.

Montana is also home to various White supremacist and other fringe groups. In late 2016 and early 2017, White supremacists, emboldened by the national political climate, sought to assert their racist agendas in Montana. Richard Spencer, a neo-Nazi and "alt-right" leader, currently lives in Whitefish, Montana, only a few hours north of our campus in Missoula. Spencer and other White supremacists, including Andrew Anglin of the Daily Stormer, attempted to organize an armed rally in Whitefish on January 16, 2017. They referred to the rally, intentionally set to fall on the national holiday to honor Dr. Martin Luther King, Jr., as the "James Earl Ray Day Extravaganza," after the man who assassinated Dr. King. They billed it as an anti-Semitic tribute to the election of President Trump. Although Anglin ultimately called off the rally due to the strong anti-racist response from the Whitefish community, Spencer continued to foment his racist, neo-Nazi messages. Four months later, Spencer helped organize the "Unite the Right" rally in Charlottesville, Virginia, where a White supremacist killed Heather Heyer and injured nineteen others. Montana is also home to the Freemen, a group that refuses to recognize the sovereignty of any other government and, in the mid-1990s, was involved in an eighty-one-day standoff with the Federal Bureau of Investigation.

It was in this local and national environment that we developed and taught our course. We have now done so twice--the first time in a one-credit, week-long format in January 2017, and the second as a two-credit, semester-long seminar in the spring of 2018. For our inaugural class, we met for three hours daily for one week; for our second class, we met for two hours weekly for thirteen weeks. We write this essay to share what we learned about how academics can respond to the present environment through collaboration, teaching, and hopefully, inspiring in students an enduring commitment to rid society of racism.

We uniformly agree that preparing and teaching this class has been one of the most professionally and personally rewarding experiences of our careers. Based on their feedback, many of our students felt similarly about taking the course. That is not to say, however, that it has been the easiest or most enjoyable experience. In our regular discussions, our readings, in the classroom, and throughout the semester, we each found ourselves at times overcome with the weight of the issues on which we were focusing and, at times, reacted to the intensity of the topic with anger, frustration, cynicism, hopelessness, and despair. That formed one of the most important lessons from the course-- thinking, learning, and talking about race, racism, and American law is hard. The issues are real, the emotions are raw and intense, and the discussions are difficult, sometimes impossible. But, they have to happen. We learned that, no matter the ill feelings, personal challenges, ignorance, or unwillingness to take these issues on, doing so is the only way to get to the intertwined roots of race, racism, and American law.

Professor of Law, Associate Dean for Clinical and Experiential Education, and Director of the Mediation Clinic;

Professor of Law; and