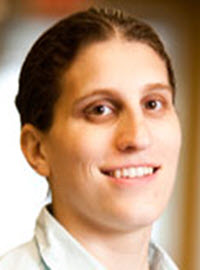 The 2018 law school application cycle brought good news for law schools. Applications were up eight percent, which is the highest annual increase since 2010. The increase in applications rose across all racial and ethnic groups, “including 6.8 percent for American Indian/Alaska Native; 13.8 percent for Asian; 6.1 percent for Black/African American; and 8.5 percent for Hispanic/Latino.” This is an important step for a profession that is overwhelmingly white. However, getting students into law school is only one step towards creating a more diverse environment, and thus more representative and effective legal profession. The next phase must focus on what happens to students while they are in law school. Unfortunately, that data regarding retention of students of color paints a bleaker picture of how law schools are impacting the diversity of the legal profession.

According to the Analytix by AccessLex data set, rates of non-transfer attrition of first year students have risen over the past few years. Although these numbers represent a small percentage of law students overall, when broken down by race, the numbers are cause for concern. In 2018, 53% of first-year academic attrition was by students of color. In contrast, according to 2017 admission data, 34% of admitted 1Ls were students of color. Thus, legal education is losing students of color at a rate nearly 19% higher than it is attracting them.

Black students are most likely among the four largest racial and ethnic groups to leave law school for reasons other than transferring to another law school. During the 2016-2017 school year, non-transfer attrition among first-year students was 11 percent for Black students, more than double the 5 percent rate among White first-year students. The bulk of this attrition is the result of students being dismissed due to low grades.

The trend of overrepresentation of students of color in law school attrition numbers, “holds across all ABA-approved law schools, regardless of school sector or median LSAT score of first-year students.” These numbers should be a wake-up call to law schools that admitting a diverse class is not enough. Law schools have an obligation to also assess what happens to students once they matriculate.

Some non-transfer attrition is the result of students deciding they do not want to continue with their legal education. It also occurs as a result of individuals failing to meet the required grade point average to remain in good standing, an inability to manage the rigors of the law school schedule, or the pressures put on familial and financial needs and thus are forced to leave. Fortunately, there are steps that law schools can take to reduce non-transfer attrition rates. Both academic and non-academic interventions can lead to increased academic success, particularly among students who are more likely to be subject to law school academic standing policies. Engaging with these interventions will ultimately lead to a healthier, more competent, and more diverse legal profession.

This article addresses three ways that law schools can help prevent attrition, particularly attrition by students who come from communities that are traditionally underrepresented in the legal profession. Part I discusses curricular interventions, and ways that faculty can get involved in promoting student success. Part II discusses ways that law schools can develop community and a sense of belonging to enhance retention. Lastly, Part III discusses law student well-being and the challenges faced by law students, which can impact their ability to succeed in law school.

There are many academic and non-academic interventions that law schools can undertake in order to prevent attrition. This is not intended to suggest that no one should ever fail out of law school, or decide to leave law school and not return. Some individuals may not possess the analytic skills, discipline, or professional judgment necessary to serve the public in the practice of law. Law schools have a serious responsibility to identify those individuals early in their legal education. However, it is not clear that the majority of the individuals who are currently being academically dismissed from law school fall into that category. What is clear from the numbers, however, is that law schools have a race problem when it comes to academic attrition. A disproportionate number of law students of color are leaving law school, and consequently the legal profession. Law schools must take concrete steps to address that problem by providing students with the foundational skills they will need to be responsible, client-centered attorneys.

Allie Robbins is an Associate Professor of Law at CUNY School of Law.