People of Color in the Academy: Patterns of Discrimination in Faculty Hiring and Retention 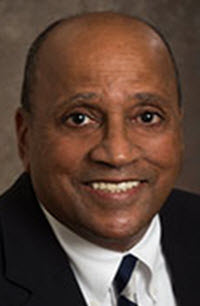 On March 25-28, 1999, a group of more than one hundred minority law professors met at John Marshall Law School in Chicago, Illinois. Regional conferences of this sort have been held annually since 1990, but the Chicago event was the first time that the various conferences gathered at a single meeting. The First National Meeting of the Regional People of Color Legal Scholarship Conferences consisted of plenary sessions, workshops, and meetings. The attendees reflected the growing number of African-Americans, Asians, and Latinos on the faculties of American law schools. That so many minority law professors could assemble at such an event was significant, but there was as much cause for concern as there was for celebration. Despite the progress that has been made during the last decade, barriers to entry remain: minority professors who are hired often experience race and gender bias at their institutions.

The persistence of these conditions should not be surprising. I began my teaching career in 1987. As I prepared for my first classes, I read Professor Derrick Bell's And We Are Not Saved: The Elusive Quest for Racial Justice. The book consists of several “Chronicles” in which a narrator engages in a dialogue with an imaginary character, Geneva Crenshaw. One of the Chronicles highlighted the reluctance of law schools to make anything more than a token effort to integrate their faculties. Bell's main thesis was that progress toward racial equality has been largely symbolic despite the laws that were enacted during the Civil Rights era. The discussions at the 1999 Chicago meeting indicate that even with the increased number of minority professors, barriers to entry remain and the limited opportunities created by affirmative action are rapidly eroding. The quest for equality remains elusive.

This essay considers the status of people of color in legal education. Part I examines the organization and development of the Midwestern People of Color Legal Scholarship Conference. This section explains the purpose of the Conference and describes its role in nurturing minority scholars. Part II discusses the development of raceconscious scholarship. When large numbers of minority students were admitted to colleges and universities during the late 1960s, they demanded that institutions reform the Eurocentric paradigm. Institutions responded with the development of black studies programs or departments devoted to ethnic studies. As students of that era joined the professoriate, alternate approaches to legal scholarship emerged. Critical Race Theory, Critical Feminist Theory, and other forms of race- and gender-conscious scholarship evolved from these efforts.

Part III shows that barriers to entry remain despite policies that are intended to advance faculty diversity. Many hiring committees continue to apply the traditional selection criteria to applicants. These qualifications exclude a disproportionate percentage of minority candidates and they are not absolute predictors of success in law teaching. Hiring committees that apply these criteria are not only excluding minority applicants who might have become outstanding scholars and teachers; they are exposing their institutions to liability under federal anti-discrimination laws. Part IV shows that many of the minority professors who survive the selection process are subjected to racial and gender bias at their institutions. This is manifested in a variety of ways, including confrontations with students, racially-biased evaluations, and law school administrators who are indifferent to the unique burdens that people of color must bear.

The final section, Part V, considers the threat posed by the campaign against affirmative action that is being waged by conservative activists. The constitutionality of affirmative action was established twenty years ago when the Supreme Court decided Board of Regents of the University of California v. Bakke. Since that time there have been a number of developments in equal protection jurisprudence; the most significant of which was the application of “strict scrutiny” to affirmative action policies. As a result of this modification, claims of “reverse discrimination” are being embraced by conservative federal judges. If the current trend continues, when the inevitable higher education case reaches the Supreme Court, affirmative action could be eliminated in its entirety. Contrary to the claims of affirmative action opponents, however, the “color-blind” standard sets up a false dichotomy that treats whites and people of color as if they were similarly-situated. This disregards the racial disparities that are the direct product of decades of official discrimination. The only way in which racial inequalities will be overcome is to focus on race, not to ignore it. America has not yet advanced to the point where color-blindness is a real possibility.

The question for the twenty-first century is whether universities will continue to operate as white institutions where token numbers of minorities are allowed to participate or whether they will become academic communities to which all citizens are afforded equal access. This essay has shown that the unique burdens that minority scholars must bear are no different in 1999 than they were in 1989. Barriers to entry remain and the limited opportunities created by affirmative action are rapidly eroding. Those who are hired continue to experience race and gender bias at their institutions.

There are, of course, many episodes of overt racism that occur on a regular basis. This overt racism is reflected in the behavior that ranges from vicious hate crimes to petty insults. However, much of the discrimination that occurs today takes place at a subconscious level and the actor is unaware of the forces that influence his conduct. As one commentator noted, unconscious racism “is learned, internalized, and used without awareness of the source.” This is why individuals who consider themselves supporters of equality engage in conduct that disadvantages people of color. Professor Kimberlé Crenshaw has described this phenomenon as the continuing influence of the “white norm.” She explains that the explicit assertion of white supremacy ended with the Jim Crow era, when official acts of discrimination were outlawed. “The white norm, however, has not disappeared; it has only been submerged in the popular consciousness. It continues in an unspoken form as a statement of a positive social norm, legitimizing the continuing domination of those who do not meet it.”

In the case of faculty hiring, much of the bias against people of color operates at this unconscious level. It is hidden by “objective” standards that are used to denote merit and academic accomplishment. But these standards are not objective; they are often as much a reflection of an individual's economic status and social background as they are an accurate measure of potential. Hiring committees may not be aware of the subconscious forces that affect their decision-making, but these influences are evident in the results of their recruitment efforts.

The end of the official regime of racial discrimination in the 1960s did not eliminate the cultural bias that perpetuates the white norm. The belief held by many that with the passage of time the vestiges of segregation will disappear is a flawed premise. The problem is far deeper and more entrenched than many individuals realize or are willing to admit. It is obvious, often painfully so, to those who must suffer the consequences. As long as discrimination is dismissed as the aberrational conduct of racists, meaningful reform will not begin.