Employment Discrimination: The Shortcomings of Title VII for the Black Female Plaintiff

Excerpted from: Yvette N. A. Pappoe, The Shortcomings of Title VII for the Black Female Plaintiff, 22 University of Pennsylvania Journal of Law and Social Change 1 (2019) (193 Footnotes) (Full Document) 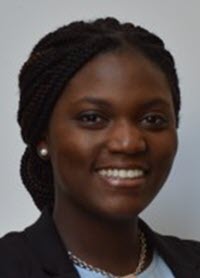 In 1964, Congress enacted Title VII of the Civil Rights Act (“Title VII” or the “Act”) to protect individuals from workplace discrimination on the basis of their race, color, sex, or national origin. Nearly 25 years later, Kimberlé Crenshaw coined the term ‘intersectionality’ and criticized Title VII for failing to accommodate the types of discrimination based on the intersection of two or more protected categories--i.e. race and sex. More specifically, Crenshaw and other intersectionality scholars argued that courts have been particularly reluctant to recognize intersectional discrimination against Black female plaintiffs for a number of reasons. As a result, Black female plaintiffs have been required to bisect their identity in order to take advantage of the protection Title VII affords against employment discrimination.

Two diverging cases demonstrate a split among the federal appellate circuits regarding whether to recognize and permit intersectional claims brought by Black women alleging discrimination on the basis of race and sex. In DeGraffenreid v. General Motors Assembly Division, the United States Court of Appeals for the Eighth Circuit refused to combine a Black woman's race and sex--both protected categories under Title VII--to create a new subgroup because doing so would provide Black women with a “super-remedy” that goes beyond the intent *3 of Title VII. By contrast, the United States Court of Appeals for the Fifth Circuit court held in Jefferies v. Harris County Community Association that Black women are a sub-group entitled to Title VII protection against employment discrimination on the basis of their race and sex because to deny their unique experiences would leave them without a viable Title VII remedy. Both cases, and other subsequent cases, arguably turn on the use of the word “or” in the language of the Act. The word “or” has caused confusion about whether Congress intended for Title VII to allow plaintiffs to bring claims alleging discrimination based on more than one protected category. This confusion has fueled courts' reluctance to embrace intersectional claims. The courts that have recognized intersectional claims brought by women of color have done so under the sex-plus rationale, which treats race as a secondary trait. This approach is limited, however, in that it fails to give equal weight to a Black woman's whole identity.

Since the passage of Title VII, the EEOC has made considerable progress in reducing racial discrimination in the workplace. However, despite that progress, employment discrimination based on race persists. Over the years, the EEOC and the judiciary have developed different frameworks for analyzing Title VII claims. Scholars have criticized the traditional Title VII and anti-discrimination doctrine as lacking protection for plaintiffs--more specifically, Black female plaintiffs--who desire to assert intersectional claims. Because of Title VII's language and the absence of an established framework with which to analyze intersectional claims, courts are left to arbitrarily decide how or whether to adjudicate such cases.

Courts should permit Black female plaintiffs to bring claims alleging discrimination based on their race and gender because refusing to do so leaves them without an adequate remedy for the discrimination that they have experienced. The EEOC can assist courts by issuing clear guidelines on interpreting Title VII to not only acknowledge intersectional discrimination as a cause of action, but to adequately analyze such a claim to ensure that Black female plaintiffs are not left without a remedy because of their unique position in society. Congress can also assist courts in building a framework by amending Title VII to include the words “or any combination thereof” at the end of the listed protected categories. This amendment to the language of the statute would explicitly demonstrate Congress's intent to permit claims based on multiple characteristics, and possibly deter employers from discriminating against their employees based on one or more categories. Lastly, the judiciary itself can create and apply a canon to interpret intersectional claims that is informed by the social, political, and economic history of Black women in America in a way that effectively redresses their claims. These solutions would hopefully close the loopholes in Title VII that leave Black women in the metaphorical dust of employment discrimination.