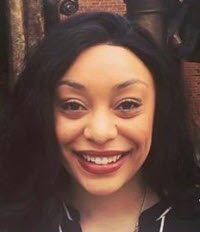 In 2014, the Census Bureau reported that of the twenty million children, under the age of five, living in the United States, 50.2% were minorities. For those who feared that White Americans would soon become the minority, recent data reveals that the day has already come, and by 2020, more than half of America's children under the age of eighteen will be members of a racial minority or ethnic group. However, despite the country's increasing racial diversity, our society's preference for Eurocentric standards of beauty remains the same.

“Eurocentric” standards of beauty refer to the bias shown to-wards European or Caucasian culture and the physical traits associated with it. Furthermore, as the United States is seen as one of the most powerful countries in the world, our standard of beauty has seeped into other countries as a result of globalization, influencing the way other cultures define beauty. For example, preference for lighter skin remains prevalent in Asian culture. Historically, fair skin was considered a symbol of wealth, separating upper-class individuals from the working class who typically labored outdoors and had darker skin. Today, in certain parts of Asia, many women use skin-whitening creams and avoid walking outside in the sun to keep their skin as close to white as possible. Double eyelid surgery has also become a popular practice in some Asian countries for people who want to change their epicanthic fold, a trait common to Asians, to be in conformity with Eurocentric standards of beauty.

The issue with using whiteness as a yardstick for measuring one's beauty is that it reinforces a system of white supremacy. Based on this standard, White people, by definition, are the most attractive, and anyone who deviates from it is considered less attractive or ugly. The popular saying, “beauty is in the eye of the beholder,” implies that the concept of beauty is entirely subjective. In our culture, the beholder is the media, advertising companies, and the fashion and beauty industries, whose opinions and representations of beauty our society has, by and large, adopted.

For instance, white standards of beauty are visible in the entertainment industry, where most of the women who appear in major Hollywood films are exclusively White. Moreover, the range of Black representation on the big screen is so limited that someone who has never stepped foot in the United States could reasonably assume that the vast majority of Black women in America are light skinned, which is obviously untrue. Likewise, the fashion industry lacks racial diversity. In 2014, 82.7% of the models in New York's Fashion Week-- arguably the world's biggest fashion event--were White. Women of color are also under-represented in most product and commercial advertisements, even when the product being marketed is intended for a minority audience.

In addition to valuing whiteness, Eurocentric standards of beauty normalize having long, straight hair. In his Note on the State of Virginia, Thomas Jefferson mentions “flowing hair,” in addition to, “a more elegant symmetry of form” when describing the superior beauty of Whites while relegating Black people to orangutans. And while there is nothing wrong with fitting the norm, the consequences suffered by women who do not are damaging, specifically for women of color. Black women are especially vulnerable to the effects of Eurocentric beauty standards because these standards emphasize skin tones and hair types that exclude most Black women.

Most recently, Amara La Negra, an Afro-Latina cast member on VH1's Love & Hip Hop Miami, made headlines after shutting down music producer Young Hollywood, after he insulted her natural hair, insinuating that it would keep her from succeeding as an artist be-cause Afros are not “elegant” or “breathtaking.” Young Hollywood's comments highlight only some of the common stereotypes and micro-aggressions Black women endure as a result of choosing to wear their hair naturally. He mockingly called her “soul sista” and “Nutella queen,” causing her to walk out of the studio. Later, in her confessional, the singer said in response to his comments, “I don't want to fit ‘the box,’ I want to be Amara La Negra, and I'm not going to change that for anybody else.”

Likewise, in light of the recent “explosion” of the natural hair movement, some Black women have decided to quit using chemical relaxers, and are learning to love and embrace their hair in its natural state. Others remain on the fence in the natural versus straightened-hair debate, as the wrong decision can cost them their jobs. In the professional world, employers, by enforcing “workplace grooming policies,” get to make that decision for them. These policies allow employers to regulate employees' dress and appearance in order to maintain a “professional” image within the company.

Generally, the courts will respect an employer's grooming policies, so long as they serve legitimate business purposes and do not discriminate on the basis of race, religion, or sex. However, in 2016, the Eleventh Circuit upheld an employer's ban on dreadlocks--a hairstyle commonly associated with Black heritage. In the con-text of employment law, Congress has limited the definition of race under Title VII to “immutable traits” of a person's race, excluding cultural aspects associated with race. This narrow interpretation has left the courts to grapple with the question of what qualifies as “race discrimination” in employment cases, with the courts tending to rule in favor of the employer. Furthermore, the distinction made between “immutable” biological traits and cultural aspects associated with race, allows employers to discriminate based on an individual's expression of their cultural identity.

This Note will consider the courts' current conceptualization of race, and explain why the immutability requirement, as it applies to protected classes under Title VII, should be abandoned or applied less stringently. This Note will discuss the purpose, provisions, and exclusions of Title VII and address some of its inadequacies. The Note will further analyze the existing case law related to workplace grooming policies that ban certain hairstyles, and discuss possible precedent for broadening the category of race to include ethnic hairstyles. And lastly, this Note concludes with some plausible recommendations for amending the law.

Surely, Justice Scalia's logic would similarly apply to hair discrimination against Black women. And although Congress may not have drafted Title VII with plaintiffs like Chastity Jones in mind, that does not mean that the courts cannot interpret the law to strike down racially discriminatory grooming policies.

It is bizarre that the Eleventh Circuit found itself bound by the definition of race at the time Title VII was enacted, when in recent cases, the Supreme Court has expressly rejected narrow interpretations of national origin and sex. The EEOC has even provided guidance in the form of its Compliance Manual, that although not binding on the courts, it is indeed helpful to resolving the issue of what constitutes race.

While the issue of hair may seem trivial to some, for Black women it is consequential, as choosing to wear one's hair naturally can end up being a career liability. Being a Black woman in a space where standards of professionalism reinforce social hierarchies that privilege whiteness is having to be constantly aware of how you fit in and daily having to battle others' preconceptions about your capabilities based on pervasive stereotypes about Black women generally. To target black hairstyles in workplace grooming policies is to correlate black culture with unprofessionalism and force Black women to adopt more palatable alternatives in order to maintain employment. And although employers have the right to enforce dress codes, the practice of banning dreadlocks, braids, or any other quintessentially black hairstyle, is unquestionably racist as there is no existing evidence that these hairstyles run counter to the image of a professional workplace.

Thus, in order to effectively combat racial discrimination in the workplace, the courts must expand the margins of race for purposes of Title VII to encompass traits beyond immutable characteristics, by eliminating the immutability requirement altogether or at least applying it less stringently to include cultural aspects associated with race.