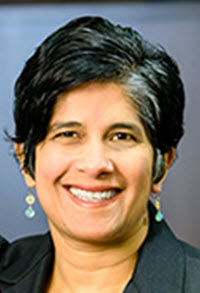 The history of employment in this country is the history of racism. Using public and private mechanisms as well as violence to devise and enforce segregation and preferential treatment, the white male institutionalized an unprecedented advantage in the labor market. Yet this is rarely acknowledged as a factor in the current widening economic disparity between whites and blacks. Today, many white Americans, cloaked in the myth of colorblindness and meritocracy, refuse to see the persistence of racial prejudice, disadvantage and discrimination in the labor market.

Racial discrimination against blacks has a singular, unique history in this country, which continues to shape their economic progress and opportunities. For close to three centuries, whites systematically and rationally created an exclusionary system, enforced by the state and through violence, that disadvantaged and excluded blacks and other nonwhites to confer benefit on whites. Even after a bloody Civil War resulted in dismantling the 246-year-old American institution of slavery, racial exclusion and preferential treatment of whites persisted, including in employment. White men had access to the entire labor market, and the most desirable jobs were exclusively theirs, cocooned from competition. While the Civil Rights Act of 1964, outlawing discrimination in employment, education, and public accommodation, dismantled many of the “formal barriers and symbolic manifestations of subordination,” racism persisted and remains a permanent feature of American society. Today, race discrimination in employment, while subtler, is still the norm and blacks are discriminated against “at a distressingly uniform rate.” A large body of empirical evidence demonstrates the pervasiveness of unconscious or implicit bias and discriminatory behavior. Race discrimination and segregation *205 continue to persist in the labor force, choking off opportunity to stable, life-long employment. Today's widening disparity between black and white economic progress can be traced, in some measure, to “ancient brutality, past injustice and present prejudice.”

In the contemporary discourse, nondiscrimination and affirmative action are juxtaposed as contradictory doctrines. The argument that one cannot be colorblind and ensure equal opportunity while using race preferences is filtered through a majoritarian lens that discounts the long history of preferential treatment for whites.

By excluding blacks from a sizeable segment of the labor market for centuries, whites gained a systemic, locked-in advantage that continues to benefit them. Affirmative action provides a preference to blacks and other nonwhites as a counterweight to this historical advantage. Furthermore, affirmative action is a tool to combat the existence of current implicit bias in the labor market. By inserting race into conscious decision-making, it disrupts the subconscious biases that results in discriminatory decisions.

Although the Supreme Court's many plurality and 5-4 majority opinions fail to provide a coherent doctrinal thesis, some clear answers emerge:

1) Schools and universities can use race as a factor in furtherance of diversity;

2) Private employer can use race as a factor in designing voluntary affirmative action programs, subject to certain limitations;

3) Local governments can use race as a factor in hiring and contracting if a clear record is established of a history or ongoing practice of discrimination;

4) Federal government can require contractors to have affirmative action plans for hiring and subcontracting, subject to certain limitations;

5) Public employers may take affirmative race-based actions where there is strong basis in evidence of disparate impact liability; and

6) Courts may order affirmative action that includes racial quotas where discrimination has been established.

Today, the nascent progress on employment equality has stalled. Race discrimination and segregated workforces are just as much a reality today as they were for much of this country's history, contributing to widening economic disparity between whites and blacks. The time is ripe to lay the political and social groundwork to re-embrace affirmative action in private employment. It has been an effective remedy to integrate the workplace and increase black economic progress. Re-embracing affirmative action in private employment will require a recommitment by civil rights leaders, politicians, employers, unions, and workers to prioritize and reframe affirmative action as an antidote to discrimination and a counterweight to centuries of preferential treatment of whites.

A shift in the public discourse is feasible today thanks in large part to an already vital ongoing civil rights dialogue. Movements such as #BlackLivesMatter and #MeToo have profoundly shifted the frames used to discuss police brutality and sexual assault on women. Another movement, #Occupy has essentialized income inequality between the 1% and the 99%. When gay civil rights leaders embraced a new framing for gay marriage, it led to greater public acceptance and a legal revolution. Sustained public messaging defeated an anti-affirmative action ballot measure in Colorado. Public pressure can be the “spur or catalyst” for employers, unions and politicians to “eliminate ... the last vestiges of an unfortunate and ignominious page in this country's history.”

This article is a call for a radical reconstruction of the private labor market through re-embracing affirmative action as an effective tool to achieve equality. Part II traces the growing income and wealth disparity between blacks and whites and links the history of segregation and implicit bias in the labor market as a factor contributing to economic disparity.

Part III is a historical account of the movement for racial equality, tracing the alliance between nondiscrimination and affirmative action and the triumph of equal opportunity (formal equality) over equality of outcomes (substantive equality).

Part IV examines the legal justification and viability of affirmative action programs under the Fourteenth Amendment and Title VII.

Part V is a roadmap for how we can re-embrace affirmative action in the private employment sector, from reframing the dialogue to grassroots pressure on large employers and unions to adopt affirmative action plans that include race-conscious decision-making.

While it seems quixotic to advocate for affirmative action in the midst of rising white supremacy and its imprimatur through state action, it is important to lay the groundwork for a radical reconstruction. The fight over equality must include a demand for affirmative steps to combat discrimination. Lyndon Johnson provides a beacon of light on this issue; for the first twenty years as a Senator from Texas, Johnson voted against every civil rights measure that came up for a vote, including a bill to stop lynching. Yet, by the time he was president, he spearheaded the passage of the Civil Rights Act and forcefully advocated for affirmative action:

Affirmative action has been decimated through the normative shift brought about by the Reagan Administration's efforts to frame it as reverse discrimination. Reagan assaulted affirmative action to brazenly appease white racial anxiety. Reagan launched his presidential campaign in Philadelphia, Mississippi--a town made famous by the murder of three civil rights workers--and opposed the Civil Rights Act, the Voting Rights Act, the 1968 Fair Housing Act, and a federal holiday honoring Dr. King. The Reagan Administration's offensive to dismantle and disinvest in the civil rights infrastructure is coming full circle with the Trump presidency.

The time is ripe to muster the political will to overcome the stasis on affirmative action in employment. Key leadership of civil rights organizations, private employers, unions and grassroots community activists should embrace employment equity as a pressing civil rights issues. The widening economic gap between whites and blacks is a national disgrace. We must reignite the quest for equality in employment by re-embracing affirmative action in private employment.

Hina B. Shah is an Associate Professor of Law and Director of the Women's Employment Rights Clinic at Golden Gate University School of Law.