A Founding Failure of Enforcement: Freedmen, Day Laborers, and the Perils of an Ineffectual State 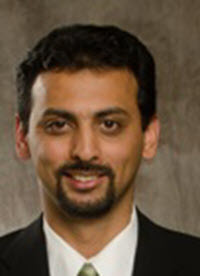 The origins of the rights enjoyed by today's workers lie nearly one hundred and fifty years ago, in Reconstruction, the war after the Civil War.  The United States passed the first laws requiring the equal treatment of black Americans during Reconstruction, laying the groundwork for the universal rights guarantees of the twentieth century.  But the federal government's failure to enforce these laws helped to nullify the promise of equality that was made by the abolition of slavery, and usher in a long dark period for workers' rights in the United States. Today, the descendants of these pioneering civil rights laws find their highest purpose when used to once again protect the workers most vulnerable to exploitation by modern economic actors: unauthorized immigrants, the laboring portion of the American shadow economy.
This article argues that an important lesson of Reconstruction should be that, if the government is going to set a lower boundary of labor standards that apply to all, it has to be prepared to police that boundary, lest it become too porous and thereby allow too many to fall through into the world of unregulated employment below.  The low-wage workforce of unauthorized immigrants is hugely consequential to American household prosperity and the nation's macroeconomic strength.  As the workplace rights of today, granted to us in prior generations, continue to wane, whether these rights can be asserted by the most vulnerable workers will similarly have consequences for all.

The labor rights of unauthorized immigrants come up for discussion with some regularity in Congress,  predictably as a fraught topic that precludes much compromise.  The polarized nature of the debate draws moral outrage away from the vulnerability of unauthorized workers in low-wage work, although that fact is increasingly being documented. A recent landmark study by the National Employment Law Project (NELP) found that more than two-thirds of low-wage workers surveyed had experienced at least one pay-related violation in the work week prior to the survey.  The study found that the rate of wage violations for immigrant, and especially unauthorized, workers in this group was up to more than twice as high as for native-born workers.  There is “widespread agreement that unauthorized immigrants are vulnerable to abuse,” but more work still to be done to measure the rate of violations.  It is nevertheless clear that more should also be done to guard the rights of those workers.

In Part I of this article, I will begin by explaining how the persistence of a working underclass that has difficulty accessing the rights of the rest of the workforce has always been a feature of the nation's economy, rather than a bug. I will then argue for the importance of labor standards enforcement in such a context, and identify the sources of resistance that would accompany such efforts.

In Part II, I will describe how the regulatory failure of the Freedmen's Bureau helped kick off a long period of low worker protection, embodied by the Supreme Court's Lochner decision and the still-ascendant doctrine of employment at-will, and provides a cautionary example of why the rights of the most vulnerable workers should be paramount for regulators.

Finally, in Part III, I will explain how this enforcement focus should apply to the modern low-wage and unauthorized workforce, and attempt to respond to the likely vehement opposition that advocacy for such a regulatory focus would prompt.

As others have pointed out, arguments over whether a particular modern form of exploitation in the employment relationship is an equivalent of slavery are largely insufficient to justify action.  In contrast, an understanding of the reasons why the laws governing employment in this nation first arose in the wake of slavery's abolition helps lead to the conclusion that, if all who work are equally worthy of a common minimum level of working conditions, the government and third parties must undertake great effort to maintain this level, against those who would seek to violate it. Such effort is best directed towards the workers most likely to experience such violations, at the bottom of income and in the shadows.  The exploitation of these vulnerable workers is the very behavior that our employment laws were first written to eliminate,  and it is accordingly the wrong to which the enforcers of those laws should direct the most attention, as demanded by the heritage and mandate of equal rights in our system of law.