Who Told You Your Hair Was Nappy?: A Proposal for Replacing an Ineffective Standard for Determining Racially Discriminatory Employment Practices 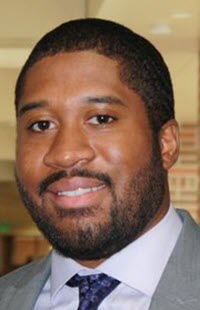 "Nappy," "kinky," "unprofessional," and "wild" are just a few unfavorable words used to describe the curly, coarse hair texture of some African Americans. However, with the emergence of the "Black is Beautiful" movement, which coincided with the Civil Rights Movement of the 1960s, negative connotations associated with African-American hair began to shift in a more positive direction. With the convergence of these two movements, political activists such as Angela Davis and Huey P. Newton wore their hair in afros while proudly fighting against racial oppression. In so doing, civil rights activists encouraged the empowerment of black self-love and political awareness. Consequently, African Americans' natural hair-- specifically the afro--quickly emerged as a symbol of political change, self-love, and pride as African Americans fought for equal rights and protections under the law.

During this period of cultural awareness for African Americans, President Lyndon B. Johnson signed the Civil Rights Act of 1964 into law. In addition to granting African Americans the right to vote, the Act prohibited racial discrimination in public education and public accommodations, and it established the Equal Employment Opportunity Commission (EEOC). Notably, Congress ratified Title VII of the Civil Rights Act of 1964 to achieve equal employment opportunities for all individuals by removing barriers that favored white employees over employees of different races. Removal of these barriers included the prohibition of discrimination against employees on the basis of race, color, religion, sex, or national origin, as the Civil Rights Act deemed these particular characteristics protected. As such, this landmark legislation was enacted, in part, to prevent discriminatory employment practices and procedures from excluding protected classes of individuals from equal opportunities of employment.

Despite this landmark legislation, racial discrimination in the workplace did not disappear. To solve this problem, courts established the immutable characteristics standard when presiding over Title VII claims of employment discrimination. This standard provides that Title VII only protects the characteristics that an employee cannot change. However, in applying this immutability standard to employer grooming policies, courts have permitted the discrimination of employees based on hairstyles that are historically and culturally associated with African Americans because courts have deemed these hairstyles mutable. Because courts permit this form of discrimination, many employers impose a standard of beauty that disproportionally affects African Americans' ability to obtain an equal opportunity for employment, effectively erecting a barrier that indirectly favors one race over another. However, courts have not recognized that this form of discrimination is in direct opposition to the purpose of Title VII.

Deeming African-American natural hairstyles as mutable and permitting this form of discrimination is significant when considering the momentous traction that the "Natural Hair Movement"--an evolution of the Black is Beautiful Movement--has gained. This movement encourages African Americans--particularly African-American women--to style and wear their hair in its most natural state for beauty and health reasons. Thus, there is a growing number of African Americans with natural hairstyles that these employment rules affect.

This Note proposes a new standard that will replace the immutable characteristics standard for determining whether an employer's grooming policy racially discriminates against a person because of his or her hairstyle.

Part I discusses the history of Title VII with respect to the Civil Rights Act of 1964 and how the immutable characteristics standard does not properly prohibit all forms of employment discrimination.

Part III presents a new standard for determining whether an employer's grooming policy is racially discriminatory.

Finally, Part IV discusses why this standard is the clearest means for rejecting discriminatory practices prohibited by Title VII.

Viewing African Americans who wear natural hairstyles as unprofessional, less attractive, and less acceptable is not a new phenomenon in American culture. Whether it be the physical act of cutting enslaved Africans' hair, the verbal act of telling African Americans that their hair is nappy and undesirable, or the implicit act of implementing grooming standards prohibiting natural African-American hairstyles, society has consistently viewed natural African-American hair and hairstyles as a liability. In deeming natural hairstyles a liability, African Americans have been forced to forgo their own cultural identity and acquiesce to the accepted Eurocentric standard of beauty for the sole purpose of obtaining or keeping a job. Doing so has had a detrimental effect on not only the employment opportunities for African Americans but also their physical and mental health.

The New Standard prevents the injustice that occurs when a court uses the immutable characteristics standard. By adopting the New Standard, courts will prevent all forms of employment discrimination and uphold the purpose of Title VII. Furthermore, the proposed New Standard promotes the values of today's society by removing the need to surrender one's racial and cultural identity for the sake of employment. Thus, the proposed New Standard is the best way for courts to ensure that Title VII prohibits all forms of racial discrimination in the workplace.