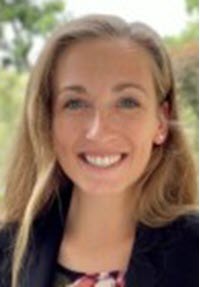 From 1880 to 1940, California's economy progressed in all industries, which created a labor demand filled by immigrants, and a need for accompanying regulation. The United States fluctuated in immigration legislation in this era, as the drive to colonize brought frequent change in international government powers, and United States immigration policy determinations consequently adapted. One such immigration policy included the exclusion of immigrants originating from the Asiatic-barred zone, then was amended, expanding to exclude the Asian-Pacific Zone. This anti-Asian rhetoric trickled down from the federal level to the state level, as California enacted the Alien Land Law.

The Alien Land Law denied land ownership to any alien who did not qualify for citizenship, a subtle racial bar which only applied to Asian Americans. California implemented the Alien Land Law to drive Japanese labor elsewhere, which mimicked the implementation of the federal Chinese Exclusion Act. Although initially not heavily enforced, the Alien Land Law condoned Japanese exclusion, and incrementally ensured a path to the internment of Japanese Americans thirty years later. Additionally, the law furthered racially biased actions against interned Japanese Americans in their resettlement after internment.

In Monterey, California, the Alien Land Law and the Chinese Exclusion Act particularly dispersed the Japanese and Chinese communities that developed Monterey's agricultural and fishing economies. Monterey served as the home to one of the first settlements of first generation (“Issei”) Japanese and one of the first Chinese self-developed economies in California. These immigrant populations cultivated and solidified the fishing and agricultural industries in Monterey, which still dominate to this day. However, Monterey suppresses the history of these cultures and minimizes the presence of their populations in the region.

There are only a handful of Japanese farms that survived the Alien Land Law, and Japanese internment, and barely a trace of the Chinese fishing village in present-day Cannery Row. The only celebratory nod to these populations exists in the Feast of Lanterns festival, a Chinese inspired celebration of heritage. However, the Feast of Lanterns is exclusionary in itself, as it fails to adequately celebrate the population it means to appreciate. Monterey County has an amnesiatic history of Asian-Americans and how crucial their labor force was in the development of the county's economies.

Monterey has a rich history as a hub for economic development, combined with growth from differing immigrant communities. However, there is a reason why the County is predominantly higher-income, white persons. The California Alien Land Law was one of the exclusionary mechanisms implemented to subordinate Asians and Asian Americans, and ensure greater rights for white persons. Despite the law's repeal, the history of Asian Americans in the county is forgotten and overridden.

The Japanese in Salinas Valley only have traces in the current agricultural industry today, despite their immense contribution to the industry. Although Monterey generally was a hospitable and welcoming home for the Japanese interned, there is an ignorance of the events that led to the internment, as well as an ignorance regarding the existence of a major relocation site inside the county.

The Chinese fishing village is celebrated through a festival with white princesses. The lack of true celebrations of these cultures demonstrates the history of the oppressed in the United States, and to this day, foundational histories are dictated by the histories of the white persons. There is less clearly targeted anti-Asian rhetoric today, however, the failure to identify and learn the history of particular communities is an exclusion mechanism in itself.