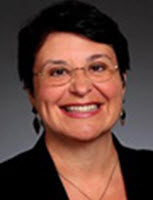 Environmental justice has become the rallying cry of groups and individuals disparately burdened by environmental degradation. From protests by local communities against chemical plants, refineries, and other polluting facilities to the demands of indigenous peoples in the Arctic and the Pacific for climate justice, environmental justice struggles in both the Global North and the Global South are increasingly adopting the language of human rights. National and international tribunals have concluded that inadequate environmental protection may violate the rights to life, property, health, water, food, privacy; the collective rights of indigenous peoples to their ancestral lands and resources; and the right to a healthy environment.

While social justice struggles with an environmental dimension can be found throughout history, the discourse of environmental justice emerged in the United States in the 1980s in response to the disproportionate concentration of environmental hazards in low-income communities and communities of color. Study after study confirmed that undesirable land uses (such as polluting industries and hazardous waste disposal facilities) are concentrated in neighborhoods populated by racial and ethnic minorities, and that Latinos and African Americans bear the greatest disproportionate impact. Even though income is also correlated with undesirable land uses, race continues to be the strongest predictor of proximity to environmental hazards in the United States. Environmental justice scholars and activists coined the terms "environmental racism" to describe these stark racial disparities in exposure to environmental pollution.

Communities of color in the United States have attempted, without success, to use national antidiscrimination laws to address environmental racism. The U.S. Supreme Court has interpreted constitutional and statutory antidiscrimination laws to require proof of discriminatory intent, making it nearly impossible for plaintiffs to prevail. In most instances, the inequitable distribution of environmental hazards can be traced not to purposeful or intentional conduct but to historic zoning, housing, and lending practices that have segregated low-income African Americans and Latinos and deprived them of the economic and political influence to resist the siting of polluting industry in their neighborhoods. However, simply pointing to a pattern or history of exclusion from housing, employment, and other opportunities is not sufficient to establish racial discrimination under this narrow interpretation of U.S. law.

Native Americans have also been subjected to disparate environmental burdens, particularly from resource extractive industries. However, Native communities are different from other environmental justice communities due to the unique status of American Indians as self-governing tribes and to their distinct legal, cultural, and religious ties to their lands and other natural resources. Environmental justice in the tribal context is inextricably linked with the struggle for self-determination, tribal sovereignty, and the right to be consulted about activities outside Indian reservations that may affect Native lands and resources. Regrettably, federal agencies have frequently disregarded the treaties, laws, and executive orders designed to protect the lands, resources, and the cultural rights of Native communities.

Having exhausted domestic legal remedies or having concluded that these remedies are futile, communities subjected to environmental injustice have begun to seek redress through the Inter-American human rights system, alleging that the United States has violated its human rights obligations under the American Declaration of the Rights and Duties of Man. Only a handful of environmental justice cases from the United States have been filed before the Inter-American Commission on Human Right (IACHR), and all but one have been brought by members of Native American tribes. This Article focuses on Mossville Environmental Action Now v. United States, the first environmental racism case by African Americans before the IACHR. The case has been deemed admissible and is awaiting a determination on the merits.

The decision to use international human rights law to challenge environmental injustice is curious in light of long-standing U.S. hostility to international law. Ever since the publication of Alexis de Tocqueville's Democracy in America, the American experience has been depicted as "exceptional"--unique and essentially different from other countries. The United States portrays itself as a "beacon of liberty, democracy and equality of opportunity to the rest of the world," and refuses to bind itself to international human rights instruments on the ground that its legal system offers its population greater protection than international law. Out of the nine core human rights treaties negotiated in the last several decades under the auspices of the United Nations, the United States is a party to only three: the International Convention on the Elimination of All Forms of Racial Discrimination (CERD); the International Covenant on Civil and Political Rights (ICCPR); and the Convention Against Torture and Other Cruel, Inhuman or Degrading Treatment or Punishment (CAT).

This Article examines the ways in which American exceptionalism and the Cold War influenced the reception in the United States of international human rights law--particularly antidiscrimination law. Using Mossville as a case study, it deploys this analysis in order to assess the promise and the peril of international human rights law to challenge environmental racism.

The Article proceeds in three parts:

Part I discusses the prominent role of international law in U.S. courts from the founding of the Republic until the Second World War.

Part II examines how the Cold War stigmatization of human rights activism as subversive and Soviet-influenced resulted in a dramatic retreat by the United States from international human rights law and institutions.

Part III presents the Mossville case study, evaluates the petitioners' claims, and discusses the consequences of a decision by the IACHR favorable to the petitioners.

The Article concludes that American exceptionalism established the foundation for U.S. disengagement with international human rights law, but that Cold War politics struck the decisive blow by equating human rights and the United Nations with efforts to subvert American democracy. Substantively, international human rights law is far superior to U.S. domestic law as a means of addressing environmental racism. However, its utility is constrained by legal doctrines developed over time but reinforced during the Cold War that restrict the enforcement of international human rights law in U.S. courts. Despite these constraints, a victory for the Mossville petitioners before the IACHR could be deployed by environmental justice activists as part of a larger strategy to name, shame, and cajole the United States into reforming its laws and policies. #$%
. . .