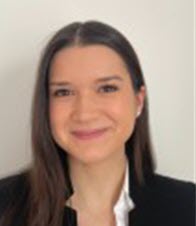 In constructing the pipeline's route, TransCanada intended for the pipeline to carry oil throughout the country, including tribal lands and territories. The Sioux Nation responded by delivering a “declaration" with thousands of signatures to express opposition to the construction of Keystone XL.

This caused tense discussions between TransCanada, Sioux Tribes, and the United States government. President Barack Obama disagreed with the Pipeline's construction and spearheaded concerted efforts to prevent its construction. His efforts were ultimately futile, however, in the wake of President Trump's election. President Trump consistently expressed his consent for the Keystone XL's construction throughout his campaign, and delivered this promise early in his term.

In the final week of the 2019 legislative session, the South Dakota legislature passed a “riot-boosting" statute, as well as two felony riot statutes. The “riot-boosting" statute was aimed at offsetting any costs incurred by riot-boosting. It further criminalized citizens who participated, assisted, directed, encouraged, and solicited riots, as well as those who followed direction and forcefully or violently took part in any riot. The law was drawn from language presented in Chapter 22-10, “Riot and Unlawful Assembly."

The law was passed in anticipation of riots for the Keystone XL Pipeline that could mimic the Dakota Access Pipeline (“DAPL") protests. Because of the national reaction to the DAPL, the South Dakota legislature likely sought to mitigate protest in their own state by issuing Senate Bill 189 and the criminal statutes.

Opposition to the DAPL's construction in North Dakota garnered national attention when the Standing Rock Sioux Tribe, whose land the pipeline nears, and allies stood ground at Standing Rock for months to prevent the pipeline's growth. To discourage protest, the North Dakota police force confronted protestors by spraying them with cold water in below-freezing temperatures, using physical force, and more. This abrasive reaction intensified the media, and allies from around the country journeyed to North Dakota to join the cause.

The outcry against South Dakota's “riot-boosting" law began as soon as the bill was passed. The “riot-boosting" statute is a clear infringement on the First Amendment rights to freedom of speech and freedom of assembly. By creating a new, ambiguous term like “riot-boosting," the legislature intended to create a catch-all law with sweeping consequences. Moreover, the overbroad language attempts to criminalize anyone who participates in a protest or riot, as dubbed by the legislature, in any capacity.

The law was taken to court immediately, as Indigenous and environmental groups filed suit to challenge the constitutionality of the law. In September 2019, District Court Judge Lawrence L. Piersol for the District of South Dakota issued a temporary injunction to halt application and enforcement of many provisions. Specifically, Judge Piersol enjoined much of the laws except for the violence and paid protest provisions. The Court held that the overbroad law targets legitimate, peaceful protests and Judge Piersol stated the “the laws were so broad that Martin Luther King Jr. could have been liable for his writing æLetter From Birmingham Jail."Æ

In early October 2019, the suit was settled. South Dakota agreed not to enforce the majority of the “riot-boosting" law and promised to direct county attorneys not to enforce the provisions of the law determined to be overly broad by the Federal Court.

Notably, South Dakota Governor Kristi Noem gave away the intent behind the “riot-boosting statute" when she conceded that the law was aimed at “out-of-state rioters funded by out-of-state interests." Governor Noem noted, however, that South Dakota will remain “focused on preserving law and order while protecting the right to free speech and peaceful assembly," reminding citizens that it is still illegal to riot or incite violence in South Dakota.

Governor Noem revived the law in January 2020 by submitting the reformed “riot-boosting" law to the legislature. This specific law builds on the original “riot-boosting" statute and Judge Piersol's holding by repealing the sections that were struck down in Court, notably taking out the word “threat" in the law. The law notes that:

[U]rging includes instigating, inciting, or directing, but does not include the oral or written advocacy of ideas or expression of belief that does not urge the commission of an act or conduct of imminent force or violence ... This section may not be construed to prevent the peaceable assembly of persons for lawful purposes of protest or petition.

The law responded to Judge Piersols' court order by attempting to clarify how it is not intended to infringe on first amendment interests. The language, however, continues to be overbroad and vague, failing to define “riot," “incite" or “direct".

The South Dakota House passed the bill three days after being introduced and was immediately met with backlash from the tribal community. A protester named Tasina Smith grabbed attention by shouting from the balcony overlooking the House floor. Smith accused Standing Rock law enforcement of using similar incitement to riot laws against peaceful protestors. Protestors chanted “Kristi Noem, we are not a riot" with drumbeats and banners before being escorted by Capitol police for failing to have a permit for the protest.

The South Dakota Senate approved the legislation in early March, voting 27-8. The bill went to the Governor for her approval, which was anticipated given her support of the original bill in 2019. Governor Noem signed the bill in late March, noting that since the law was not created in anticipation of potential demonstrations, the bill differs from the 2019 version. “One of the reasons the judge found parts of a “riot boosting" law passed last year to be unconstitutional was because it was created in response to potential demonstrations against the Keystone XL pipeline. The governor's office has said that this is not the case this year."

This note will attempt to contextualize the consequences of South Dakota's “riot-boosting" law, as it is important to understand the social issues surrounding the state's attempts to chill free speech.

Section I of this note will examine how the protests at Standing Rock became a national issue because the pipeline construction created clear evidence that the government prioritized corporate interests over the rights of Indigenous Americans. This note will also analyze the way that Indigenous people have historically used protest to gain rights and recognition, specifically by utilizing civil unrest. In the latter half of the 20th Century, Indigenous people catalyzed change through demonstrations and protests at Alcatraz, Wounded Knee, and more.

Section II will examine how South Dakota's “riot-boosting" law demonstrates the rise in legislation against protest and the changes in the rhetoric around protest. Specifically, this Note changes in the efforts to label protests as an expression of opposition to the government.

Section III will analyze the anti-protest rhetoric that pervades current events, specifically highlighting the Black Lives Matter movement. This section will further address the way freedom of speech has changed, how protest as a tool remains a tried-and-true means for creating change, and will offer various proposals in hopes of successful legislation or litigation that preserves the rights of Indigenous people.

South Dakota's “riot-boosting" bill threatens a protester's first amendment right and incorrectly labels peaceful activists as rioters. This dangerous law poses heavy implications because it potentially paints Indigenous communities as the enemy. “Ultimately, laws will achieve very little if the narrative that recounts their purpose faces little to no dissent." A narrative change over protest is essential to keeping Indigenous Americans within the majority ethos. By dismissing radical claims of overpaid protest, astro-turfing, and violent activists, the media can change the way protest is discussed. There will be no more villainization of causes and every message can be offered the same level of validity.

“Today, Native Americans are fighting to keep what little they have left ..." South Dakota's “riot-boosting" law demonstrates an attempt to silence Indigenous Americans, and the impact of the “riot-boosting" law threatens all future protests by communities that deserve to have their voices heard.