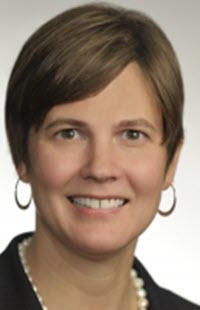 On April 4, 2015, Walter Scott was pulled over in North Charleston, South Carolina, for driving with a broken taillight. As most people know by now, Mr. Scott fled on foot and was ultimately shot in the back by the police officer who pulled him over. Why did Mr. Scott run? According to his family, Mr. Scott owed over $18,000 in child support. He missed a court date related to his failure to pay the child support, and a warrant issued. His brother says he ran because he did not want to have to spend more time behind bars and face the loss of another job as a result of his failure to pay and the subsequent warrant. “Every job he has had, he has gotten fired from because he went to jail because he was locked up for child support .... He got to the point where he felt like it defeated the purpose.”

Subsequent to Mr. Scott's death, the child support system stayed on the public radar for a short period of time. But the concerns about the system raised by Mr. Scott's death have faded. Police departments have continued to make sweeps for “deadbeat” parents, and legislatures have pushed through new laws that further curtail the options available for a parent with outstanding child support obligations. Even nonlegislative agencies have promulgated punitive policies. For example, the Texas Attorney General recently implemented a new measure prohibiting a parent with a delinquent child support obligation from renewing his car registration. The everpresent threat of criminal prosecution and incarceration looms large for parents who simply cannot afford to pay their outstanding child support obligations, trapping men of little or no means “in a cycle of debt, unemployment, and imprisonment.”

Increasing numbers of parents, primarily fathers, are prosecuted and incarcerated for failing to pay child support. Although national data is not kept, at least one source asserts that about 50,000 people are incarcerated in the United States for this offense. Another study out of South Carolina found one in eight of those incarcerated in county jails were there for failure to pay. In Georgia, 3,500 parents were incarcerated for outstanding child support obligations in a single year. An estimated one-quarter of inmates in federal or state prison have an open child support case.

Legislators and courts provide two primary justifications for a system that prosecutes and incarcerates poor fathers who fail to pay a private debt owed to their child's mother or a public debt owed to the government as reimbursement for state assistance: child welfare and state fiscal well-being. The government desires to protect children by ensuring their basic needs are met, but it does not want to bear the financial costs of providing that support. A closer look at the current child support system, however, reveals that it does little to enhance a child's well-being or the government's coffer.

One of the most critical determinants of a child's well-being is having a healthy relationship with both parents. Our current child support system actively discourages paternal contact by imposing unrealistic expectations on a father to pay child support he often cannot afford. Thus, the government in essence pushes the father away from his child, punishing the father for having a child he is unable to financially support. Not only is a child's welfare diminished under the current system, but the economics underlying the system are both inefficient and morally troubling.

As already mentioned, a significant portion of the child support system is subsidized by the child support payments made by men of little or no means. Statistics show that the state spends significant resources to identify, pursue, and incarcerate fathers who have very little chance of ever being able to pay the amount of child support they owe. States also seem to ignore the reality that once a father is convicted and incarcerated, even if only for failing to pay a child support obligation, that conviction and period of incarceration substantially diminish the father's ability to obtain a steady job with reliable income in the future. Prosecutions of so-called “deadbeat dads” decrease the odds that those fathers will be able to pay both the child support initially owed and the considerable arrearage and interest that have accumulated, and which continue to accumulate, on that initial debt.

The Office of Child Support Enforcement (OCSE) trumpets its system as “cost-effective.” But the cost-effectiveness calculations are somewhat misleading. Broadly related data is lumped together in the OCSE's analysis, making it difficult to truly ascertain how much child support money is going from noncustodial parents to custodial parents, and how much is simply going to the government for “reimbursement.” A close look at the data suggests that the child support system is a cyclical system of federal subsidies and poor fathers' child support payments going in and out of state coffers to provide financial backing for the system. Somewhere in the middle are the child and her custodial parent, who often benefit minimally, if at all, from the noncustodial parent's payments. Additionally, because the OCSE does not supervise the prosecutorial arm of the child support enforcement system, the OCSE's cost-effectiveness analysis does not include the sizable costs the states bear for the prosecution and/or incarceration of noncustodial parents. Available information establishes that most of the outstanding child support debt in this country is owed by poor fathers who are unlikely to ever be able to pay what they owe. In light of such data, it is hard to overcome the presumption that a system relying on the financial contributions of these men is poor policy, financial or otherwise.

These troubling validations raise the question of how states can justify the prosecution and incarceration of fathers for failing to pay a child support debt. The only logical conclusion is that we are pursuing criminal sanctions to ensure that as a society we have vehemently communicated our moral condemnation of a father for bringing a child into this world who he is unable to financially support. We are punishing these fathers for their reproductive decisions, for having “irresponsible sex,” and for not living up to our societal expectation of fatherhood. Criminal charges communicate moral condemnation for these sexual choices and, if a parent is convicted, carry an unshakeable, lifelong stigma. The stigma associated with having a criminal conviction is a punishment that usually lasts much longer than the more palpable deprivations of incarceration and state supervision in the form of probation or parole. Being branded a “criminal” carries broad, indefinite, and quantifiable ramifications. For most, these life-long deprivations are every bit as real a part of the punishment as the technical sentence imposed by a judge in a criminal case.

In light of the large number of people incarcerated after a conviction for failing to pay child support, this failure to evaluate the criminalization of child support obligations seems a substantial oversight. This Article seeks to fill that gap. The child support system falls in the nexus between the increasing focus on legal financial obligations on the criminal-law side and the focus on the treatment of fathers in the context of child support on the family-law side. It challenges the justifications for criminalizing the failure to pay child support and analyzes the impetus and impacts of making the failure to pay a crime. This Article challenges both the current manifestation of our child support laws and the underlying theoretical structure in which these laws are anchored. Not only are the laws implemented in a manner that disproportionately affects poor men, particularly poor men of color, but the very notion of criminalizing the failure to provide financially for one's biological child is grounded in moral judgments about sexual behavior and antiquated, structurally flawed ideas about fatherhood that no longer resemble reality.

Part I presents a brief overview of the child support system and provides information about the fathers largely affected by it. Part I also lays out how, contrary to popular belief, a small percentage of indigent fathers owe the bulk of the national child support debt. Part II identifies two particularly troubling aspects of the child support system. First, the manner in which our child support system operates violates the Fourteenth Amendment and our country's prohibition on debtors' prisons. Fathers of little or no means are prosecuted and incarcerated for being unable to pay a private debt to the mother of their child. Likewise, if the state provides “welfare benefits” to the custodial mother, the law requires the noncustodial father to reimburse those benefits or face prosecution and incarceration for that failure. Second, the system operates on the backs of poor fathers. The child support system purportedly aims to ensure the health and well-being of children while simultaneously protecting the financial health of the state. Upon closer inspection, however, the system does not seem to do either of these things particularly well.

In light of these deficiencies, Part III addresses the question of why we would continue to utilize such a system. Part III concludes that states continue to criminally prosecute and incarcerate poor fathers for being unable to pay these debts because, as a society, we want to send a message of moral condemnation about fathers who have irresponsible sex and fail to live up to their roles as “providers.” Our society has chosen to punish poor men for their reproductive choices and for bringing a child into the world and not financially providing for her. Part IV proposes some changes to the current system to address the problems identified throughout the Article.

The child support system “perpetuates the traditional gender norm that fathers are valuable only as breadwinners.” Ultimately, only if we are able to unmoor our deeply class- and race-based ideas about gender roles will we be in a position to effectively change our laws to encourage fathers to realize their full potential, which will in turn allow their children and their children's mothers to fully embrace their own paths.

For now, the child support system remains yet another government program that reinforces cycles of poverty and criminal justice involvement for poor fathers. Criminal law should not play a role in sanctioning people for failing to pay either a private debt or a public debt incurred because the person's former partner sought state assistance. Instead, legislators and courts should make changes to the child support system so that it more effectively promotes and protects a child's well-being.