Where Sovereigns and Cultures Collide: Balancing Federalism, Tribal Self-determination, and Individual Rights in the Adoption of Indian Children by Gays and Lesbians 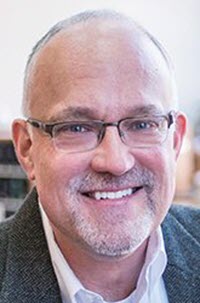 In the American scheme of federalism, the policies and procedures for adoption, like family law generally, have traditionally been the province of state law. By contrast, Congress has plenary power over Indian tribes and government Indian policy. These two legal regimes converge in the federal Indian Child Welfare Act ("ICWA"). ICWA partially preempts state law in certain proceedings involving Indian children, pursuant to a Congressional policy of preventing the improper removal of these children from Indian homes. Among other provisions, ICWA specifies that when an Indian child is adopted, preference must be given to a member of the child's extended family, a member of the child's tribe, or a member of another Indian tribe.

Hold that thought and consider that adoption by gay men, lesbians, and same-sex couples has become an increasingly mainstream phenomenon. Reliable estimates show that more than 65,000 adopted children are living with a gay or lesbian parent, and some two million gays, lesbians, and bisexuals have considered adopting or would like to do so. But state adoption policies vary, and so gays and lesbians, or same-sex couples seeking to adopt jointly, face a patchwork of adoption laws ranging from inclusive to hostile to simply unclear.

I could find no reported adoption cases under ICWA where the sexual orientation of the would-be parent(s) was an issue. Yet it seems inevitable such cases will arise. The phenomenon of sexual and gender diversity has deep roots in Native American history and culture, and contemporary Indian tribes are affected by the same political and legal controversies over same-sex relationships that have occupied American legislators and jurists in recent years. While there is much evidence that Western culture and religion have eroded tribal traditions once honoring "two-spirit" individuals, one commentator has speculated that "[i]n contrast to the approach of many state courts and legislatures, some tribal communities may be more receptive to adoption by gays and lesbians" because "there is evidence of a greater tolerance in many tribal societies for ambiguity in gender-identification." And although there is apparently no codified tribal law on the question of adoption by homosexuals, at least one tribal court has found a lesbian couple was "competent and qualified" to adopt and "fit to provide a home environment for the healthy development of the children."

Quirks of geography might also bring the issue to the fore. For example, California, which has one of the nation's largest Indian populations, also has the largest number of adopted children living with gay or lesbian parents. Other states with some of the largest Indian populations--North Carolina, Arizona, Oklahoma, New Mexico, Texas, the Dakotas, Alaska, Montana, and Washington politically diverse on gay/lesbian issues, some conservative and some liberal. Furthermore, a state's political climate may affect the decision of a family court judge exercising discretion in absence of clear state law.

In Part I, I provide some brief background on ICWA's legislative history, the current status of gay/lesbian adoption in the United States, and Indian attitudes toward homosexuality and same-sex relationships.

In Part III, I discuss ICWA's application to adoption proceedings in state court. Specifically, I discuss whether ICWA gives decisive leverage in a state-court adoption proceeding to a tribe's views on homosexuality; I conclude it does not. Finally, and perhaps most controversially, I argue that ICWA should override a state's anti-gay adoption policy if such a law would present a roadblock to the placement of an Indian child in an Indian home.

As a federal statute that partially preempts state law for the benefit of Native Americans, ICWA implicates three sovereigns: the United States, the state where the adoption petition is brought, and the tribe whose child is the focus of the proceeding. This interplay of sovereigns in itself makes Indian child welfare law complicated and interesting. Beyond these sovereign interests, also to be considered are the interests and rights of individuals: the child, the birth parents, and the prospective adoptive parent(s).

In cases where the petitioner's sexual orientation is an issue, an Indian child adoption proceeding also holds the potential to become a clash of cultures. A tribe with a tradition of tolerance toward sexual or gender diversity might find its members in the courts of a state with a public policy that disapproves of gays and lesbians as adoptive parents. Or the opposite may occur: a tribe might object based on its cultural beliefs to a child's placement in a gay or lesbian household, even though the state supports adoption equality. Prospective parents who are required to bring a petition in tribal court may find themselves in a legal world that subordinates their interests to those of the child or the tribe, operates by informal rules, and looks to cultural traditions in rendering legal judgments.

These scenarios all arise at the tangled intersection of traditional state family law, Indian culture, federal Indian policy, and evolving principles of gay/lesbian equality. They implicate both practical and doctrinal puzzles, but so far scholars have had little or nothing to say about them.

Every adoption case is unique, and so I do not purport to anticipate every possible scenario involving Indian children and prospective gay/lesbian parents. My goal is to highlight a few important principles and sketch several arguments that may be helpful to courts, scholars, tribes, and adoptive families, and to leave the reader with a greater appreciation of the tensions among federalism, tribal self-determination, and individual liberties.

In a speech he gave in 1973 when he was a relatively new judge on the Seventh Circuit Court of Appeals, John Paul Stevens, who would later become one of this nation's most distinguished Supreme Court justices, told an audience of law students he had been "surprised to note how often the outcome" of a typical appellate case "depends, not on our appraisal of the merits, but rather on our identification of the proper decision maker."

Every decision maker--whether he be an umpire in the World Series, a legislator, a corporate manager, a member of a school board, or a federal judge--is fallible. But if he has earned the right to make decisions through an acceptable selection process, it is safe to predict that most of his decisions will be acceptable.

The same can be said of adoptions under ICWA; contemporary controversies over gay/lesbian rights only add an additional dimension to an already challenging subject. Where tribal courts act within their sphere of jurisdiction, their family law decisions are entitled to respect as a matter of inherent sovereignty. Where state courts have jurisdiction, the legitimacy of their decisions depends on proper application of state law, subject to supreme requirements of federal law and tempered by respect for individual liberties guaranteed by the Constitution. And where Congress has specifically spoken, the Constitution requires that federal policy--properly interpreted and applied-- must control. These principles are not controversial. The difficult task is to identify, in any given case, which sovereign holds the right to decide and whose law must prevail.