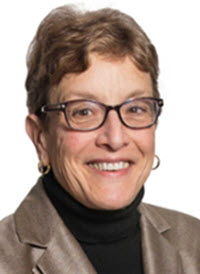 Human rights, as set out in the International Bill of Rights roughly forty years ago, have not lived up to their drafters' hopes. Some argue that they have not come close. Even their champions recognize their limits. As Professor Philip Alston notes, “[i]n absolute figures, never have so many men, women, and children been subjugated, starved, or exterminated on the Earth.” The shortcomings of human rights law are often blamed on weak enforcement. Because nation states resist restraints on their sovereignty, human rights law depends in large part on states policing themselves. On the international level, United Nations agencies and nongovernmental organizations (NGOs) monitor and report on human rights violations, but they have no authority to sanction violators or compel remedies.

This Article proposes another mechanism for enforcement, an alternative to self-serving domestic policing and weak international bureaucracy. “Intercountry,” as opposed to “international,” human rights would apply to specific rights in specific contexts and be enforceable through the legal mechanisms and other resources of the state parties that accepted them. Intercountry adoption is a useful context in which to consider this proposal for several reasons.

First, as a practical matter, there have probably never been more babies and children in orphanages, on the street, on the market, or on their own. Yet intercountry adoptions have declined to levels not seen for almost forty years. Intercountry human rights would focus states on some of their most vulnerable people. They would also better protect would-be adoptive parents from a range of risks, from their children's trauma to their own unknowing complicity in serious human rights violations.

Second, from a jurisprudential perspective, since virtually all of the states involved in intercountry adoption have ratified virtually all of the human rights instruments applicable in this context, the applicable human rights law is not in dispute. Receiving states and states of origin, moreover, presumably have a common goal--the best interest of the child. This is very different from the ideological conflict at the core of other interstate efforts to promote human rights, such as the Alien Tort Statute (ATS) litigation. Foreign support for human rights may also be more palatable when it involves family law, rather than ostensibly more important issues of trade or national security.

Part II explains how global capitalism changed the game. This Part focuses on the heyday of neoliberalism, from the elections of Ronald Reagan and Margaret Thatcher to the Great Recession beginning in 2008. It shows how neoliberalism reshaped human rights and produced a perverse “solution” for children in crisis.