Logging Out: The Inadequacies of Current Cyberbullying Remedies and Their Impact on LGBTQ+ Youth

Excerpted From: Elizabeth Zhang, Logging Out: The Inadequacies of Current Cyberbullying Remedies and Their Impact on LGBTQ+ Youth, 29 Tulane Journal of Law & Sexuality 25 (2020) (Comment) (169 Footnotes) (Check Library for Full Document) 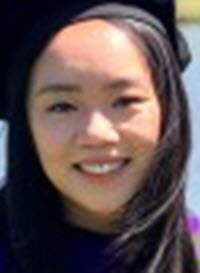 On September 22, 2010, Tyler Clementi, a freshman at Rutgers University in New Brunswick, New Jersey, jumped off the George Washington Bridge, tragically ending his own life. A few days earlier, on September 19, Tyler had asked his roommate, Dharun Ravi, to have private use of their dorm room for a date with another man, M.B. The night of Tyler's date, Dharun and another student, Molly Wei, used a webcam to watch Tyler and M.B. kiss and engage in “sexual relations” in the room. While watching Tyler and M.B. through the webcam, Dharun started posting on social media about Tyler, live-tweeting, “I saw [Tyler] making out with a dude. Yay.” Dharun and Molly also talked about the webcam-viewing and Tyler's sexual encounters with M.B. with their friends, including some Rutgers students.

After seeing Dharun's tweets, Tyler requested the university for a single dormitory room. On September 21, two days after Dharun first used the webcam to intrude on Tyler's privacy, Tyler asked to have the room for another date with M.B. Again, Dharun arranged to use the webcam to spy on Tyler and M.B., tweeting instructions for his followers to video-call him to watch Tyler and M.B. After seeing that tweet, Tyler arranged a meeting with his dormitory's resident assistant and proceeded to unplug Dharun's computer to prevent Dharun from spying on him and M.B. again. Tyler reported Dharun to the resident assistant who informed the Senior Management of the Residence Life Assignments Office, characterizing Dharun's activities as a “roommate conflict.”

Just a few days after Dharun live-streamed and posted Tyler's private, consensual, sexual encounter with another man online, Tyler committed suicide. Had the university fulfilled Tyler's first request for a single dorm room promptly, and had stronger legal mechanisms been in place to discourage and prevent Dharun from bullying Tyler online, perhaps Tyler's suicide could have been prevented.

Even though Tyler's story is neither a new nor a rare occurrence, his death gained nationwide attention, highlighting a common, extensive problem facing the LGBTQ+ community: cyberbullying. While the issue of cyberbullying has been prevalent since the advent of widespread Internet usage, it became more noticeable after multiple, highly publicized incidents like Tyler's suicide. Since then, the public has continuously demanded lawmakers to do something about cyberbullying.

This Comment discusses the legality of regulating youth-on-youth cyberbullying, focusing on the primary obstacle that schools face in disciplining students for speech online or through electronic communication--the First Amendment.

Part III discusses several remedies that are currently available for students in secondary schools and colleges.

Part IV discusses the difficulties that schools face in regulating and disciplining students for cyberbullying without infringing upon their First Amendment fundamental rights to freedom of speech.

Part V explains why the standard that courts currently use--Tinker v. Des Moines Independent Community School District and its progeny--is inapplicable and dated in light of the pervasive nature and widespread usage of electronic and online communication.

Finally, Part VI discusses how LGBTQ+ students are impacted, as well as the difficulties in creating a valid anti-cyberbullying law compatible with the First Amendment.

This Comment concludes, in Part VII, that the Supreme Court needs to modernize its interpretation of Tinker or devise a new legal standard altogether in light of this new electronic-dependent world.

For LGBTQ+ youth specifically, there are very little, if any, currently available ways to combat and remedy cyberbullying in schools because of the multitude of issues previously discussed. That will not change until Congress enacts a federal statute that directly addresses cyberbullying, or until the Supreme Court either completely revamps or retires Tinker. As previously discussed, cyberbullying is getting harder and harder to manage as communication technology advances and becomes an integral part of the daily lives of youths. The cases previously discussed all involved rather drastic and extreme forms of cyberbullying--creating websites to harass the victim, making a fake profile of the victim, and orchestrating a public social media group to smear the victim. As discussed before, the typical cyberbullying conduct does not rise to that kind of level. With such precedents, it is hard to tell how the various courts would treat cyberbullying conduct that is of lesser extreme, such as conduct consisting primarily of text or online messages exchanged only between the cyberbully and the victim.

Courts have already questioned the relevance and the stronghold that Tinker has in light of such vast advances to communication technology. The Fifth Circuit critized the continued use of Tinker; it raised an interesting discussion about keeping a standard that was created fifty years ago, at a time when no one could have imagined the capabilities and reach of electronic communication and the Internet as they are today.

The Supreme Court has been reluctant to modernize the Tinker test or devise a new standard, as indicated by its continued use of the test, but it is time. The Court certainly has the means to modernize the Tinker test, as it has periodically added exceptions to the test since its inception. An alternative solution would be to categorize certain cyberbullying conduct aimed at LGBTQ+ youth, such as harassment on the basis of a student's sexual orientation, gender identity, or gender nonconformity, as a “true threat” to one's safety in order to remove First Amendment protections. However, that is a far stretch and a seemingly near-impossible feat to expect from the Supreme Court unless one's life is actually being validly threatened, given the outcome of Watts, and most recently, Matal. The Supreme Court needs to modernize Tinker or devise a new legal standard with an actual bright-line test that fits better with the pervasive and widespread nature of cyberbullying.

Tyler Clementi is hardly the first LGBTQ+ individual to experience cyberbullying, and he will not be the last. To protect such a vulnerable population, stonger measures need to be in place to prevent and redress cyberbullying. LGBTQ+ youth should not have to suffer--or worse, die--in order to obtain some relief.