Equal Protection for Children: Toward the Childist Legal Studies 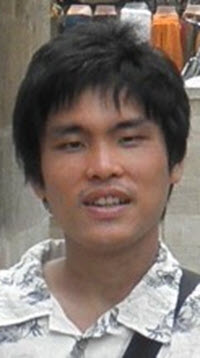 qua children) in our society. The adult-centric view of the world has been so pervasive in today's society that the legitimacy of children-adults classifications--the practice of classifying people into the categories of “children” and “adults” on the basis of age and treating children differently from adults--has been rarely questioned. Many people have a misconception that the border between children and adults is natural, universal, and ineffaceable. However, it is just an artificial invention that emerged in the 17th century (in Europe) with the establishment of the modern school education system. During the medieval times, the concept of childhood did not even exist--there was no real border between children and adults. This Article casts doubt on the conventionalized children-adults classifications. Children can be treated differently from adults if necessary, but children-adults classifications in society should be examined cautiously. Specifically, this Article argues that children should be treated as a suspect or quasi-suspect class and that the courts should adopt heightened scrutiny upon reviewing the constitutionality of children-adults classifications under the Equal Protection Clause. This Article makes two contributions.

Second, its theoretical contribution is to develop a new critical framework for the jurisprudence on children and the law. Various frameworks have been offered by a diverse group of scholars and advocates since the modern children's rights movement first emerged in the 1960s. But, we still lack a coherent general principle for children's legal status today. Representative views can be briefly categorized into six different frameworks: authorities, liberation, protection, potential adults, abilities, and relationships. The authorities framework views children as dependent objects controlled by either parents or the state. It has often been described as the existing legal regime, but at the same time, it has been criticized as the outdated framework. Both of the liberation and protection frameworks became active in the 1960s to 1970s. The liberation framework views children as (perfectly) autonomous people who should receive (totally) equal treatments as adults; the protection framework views children as people who need special assistance and protection. The potential adults framework falls somewhere in between liberation and protection (i.e., a combination of the two); it respects children's autonomy to a certain degree but not as radically as the liberation framework does. The abilities framework places emphasis on developmental psychology--the actual status and developments of children's abilities. The relationships framework values the relationships children have with parents, the state, and others. Each scholar and advocate has supported one (or some combination) of the six frameworks above and has sought his or her ideal design of children's legal status at the ideological or policymaking level. However, there has been no majority view--all of the frameworks have failed to gain a considerable academic support or a strong political support. Our experiences in the last half-century have taught us that it is infeasible to build a coherent framework for children's legal status when leaving the issue for ideological or political discussions.

To avoid misunderstanding, I would like to note the differences between this Article's argument and the child liberation arguments. Liberationists considered children as a minority group oppressed in society just like blacks and women. They progressively advocated that children should be granted totally equal rights, privileges, and responsibilities as adults. I agree with liberationists that we should consider children as an oppressed minority group--this Article restates it in the constitutional term that we should consider children as a (quasi-) suspect class. However, unlike liberationists, this Article does not argue for the totally equal treatment of children in society as adults. Instead, this Article argues for equal protection for children under the Constitution.

This Article proceeds in six parts.

Part I describes the current doctrinal status of children under the Equal Protection Clause in the Supreme Court, lower federal courts, and state courts.

Part II overviews the essence of the traditional three-factor criteria to qualify a minority group as a (quasi-) suspect class.

Part III discusses how children meet all of the three factors in the traditional criteria.

Part V refutes another common argument that considers childhood as a universal and temporal stage of life.

This Article has explored a single doctrinal question: the appropriate review standard for discriminations against children qua children. Children meet all of the traditional three factors for the Supreme Court to recognize a minority group as a suspect or quasi-suspect class. The trait of children is visible and irreversible. Children have limited access to politics even today. There also exist exaggerated negative stereotypes of children although we are often unaware of them from the adult-centric viewpoint. The natures of children are different from those of the elderly (from both of the traditional three factors and the prospect theory); thus, the fact that the Court has adopted rational basis review for elder discriminations cannot justify the application of rational basis review to child discriminations. Also, the “childhood as a stage” argument is a rhetorical fallacy, which cannot justify the application of rational basis review. Therefore, we should treat children as a suspect or quasi-suspect class for which heightened scrutiny shall apply under the Equal Protection Clause.

I hope this Article's argument will help develop a new critical framework of children and the law. Once heightened scrutiny is established, we will become more sensitive to and critical of systematic disadvantages and discriminations of children qua children. The previous frameworks in the area of children and the law have lacked the viewpoint of discriminations against children. Their discussions have taken the distinction between children and adults for granted, but it is problematic to start discussions from such premise. It is like discussing women's legal status on the premise of distinguishing superior men and inferior women, or like discussing blacks' legal status on the premise of distinguishing white masters and black slaves.

It is, of course, necessary for jurists to deal with urgent child-related issues surfaced in society such as abuse and neglect, adoption, delinquency, and others. But, at the same time, overall legal status of children should be reconsidered. For example, in the area of gender and the law, as the term “feminist legal theory” indicates, the viewpoint to discuss overall legal status of women has been already established. We all know that the holistic idea of prohibiting gender discriminations is essential while urgent social issues related to women such as domestic violence also need to be addressed. Similarly, I contend the importance of the holistic idea of prohibiting unjust discriminations against children.

I suggest calling this type of critical framework for children's legal status as the “childist legal studies.” The concept of the “childist legal studies” would include any child-centered legal perspectives that are sensitive to and critical of disadvantages and discriminations of children qua children in society. The expression of “childism” or “childist” has already emerged in some areas outside of legal academia such as psychiatry, ethics, and psychology. But, this Article is probably the first to propose a legal framework of this kind.

I believe the significance of the “childist legal studies” framework will gradually increase in the coming decades. Children--adults classifications will become much more practical and realistic issues in society as technology advances. Particularly, the rapid advance of artificial intelligence (AI) technology is expected to change our society profoundly in the next 20-30 years; society will become more barrier-free for children. For instance, self-driving technology has already reached the stage of practical use. Once self-driving cars become widely used, the question of whether 5-year-olds should be allowed to drive will be a realistic issue. Another example is the advancement of technology to support people's decision making--AI services that provide custom-made advice to each user are already commonly used in the area of investment management. If those technologies further develop, any 5-year-old child may become capable of making political decisions and daily decisions consistent with his or her best interests. If that happens, the question of whether 5-year-olds should be allowed to vote or to sign contract will be realistic.

There are still many practical issues remaining. Although I left comments on some key issues in Part VI, the substance of heightened scrutiny needs to be assessed for each topic in each legal area based on the social circumstances of the moment. But, as the first step, I hope this Article helps people realize the viewpoint of child discrimination and begin to become more sensitive to children--adults classifications.