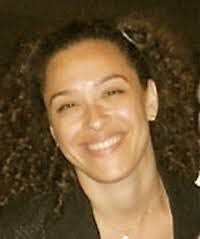 Disparities experienced by women of color living with HIV are a lens through which the failures of current HIV policies and anti-discrimination laws to address racial, gender, disability, and economic disparities can be viewed. Research has confirmed what is already known by people living with HIV: The HIV epidemic is driven by the same social and structural factors that perpetuate current inequalities found in the United States, and as the epidemic shifted from a majority white, gay male disease to a disease that permeates the black community, the public health, policy, and legal response has not kept pace. As a result, new incidence rates are highest among poor people of color in the United States, who also have the worst health outcomes, including a disproportionate number of AIDS-related illnesses and high mortality.

Over the last three years, I have worked as a Ford Foundation Fellow policy and advocacy attorney for organizations focused on issues faced by women living with and affected by HIV. Working with women on the front lines of the epidemic--women who are living with and affected by HIV and who are also advocating on their own behalf and for others for the full realization of their human rights--has made clear that the inequalities that drive both the epidemic and socioeconomic, gender, and race disparities are not fully addressed by the current legal service structures or by antidiscrimination laws that were the great wins and backbone of antipoverty and inequality campaigns of the last fifty to sixty years. The inability of this legal regime, based in civil and political rights, to account for and alleviate the economic, racial and gender disparities that drive the HIV epidemic is the crux of the issue. Adoption of a legal analysis that takes into account not only civil and political rights but also economic, social, and cultural rights is necessary to stem the current economic and health disparities plaguing the United States. The HIV human rights movement among people living with and affected by HIV in the United States is a powerful example of what can be accomplished using a multidisciplinary approach to legal advocacy as well as what remains to be done.

No one approach can solve the complex problems evidenced in the U.S. HIV epidemic. A human rights approach, however, accounts for the complex and indivisible nature of the drivers of the HIV epidemic such as race, gender, and poverty. International human rights declarations and treaties, the documentation and review processes, and framework for legal advocacy can contribute to more effective legal advocacy in the United States with the goal of long-term and systemic change.