The Overlooked Tragedy of the Pandemic: How Media Coverage of the Covid-19 Pandemic Has Led to an Increase in Anti-asian Bias and Xenophobia

Excerpted From: Justin J. Hill, The Overlooked Tragedy of the Pandemic: How Media Coverage of the Covid-19 Pandemic Has Led to an Increase in Anti-Asian Bias and Xenophobia, 25 Asian Pacific American Law Journal 125 (2021) (144 Footnotes) (Full Document) 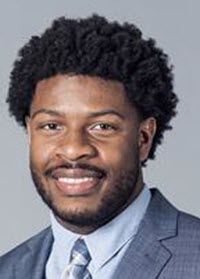 On December 31, 2019, people around the world were preparing for their New Year's celebrations and writing down their goals for the new year. Unbeknownst to many, the new year would begin in an unprecedented manner. In early 2020, a novel coronavirus, or COVID-19, erupted into a global pandemic. The new virus had a variety of symptoms--ranging from mild to severe--including fever, cough, shortness of breath, difficulty breathing, fatigue, loss of taste or smell, and more. The new virus also had an extremely high transmission rate, and it proved to be much more contagious than the seasonal flu.

The pandemic changed daily life in many ways, including the implementation of public social distancing measures of at least six feet, the requirement that people work and attend classes remotely and virtually, the closure of restaurants and unessential businesses, the restrictions on travel within the United States and abroad, and the mandating of masks in public facilities. There remains uncertainty as to when or if everyday life will ever return to normal. The severity of the COVID-19 outbreak caused the pandemic to gain global media attention and, as a result, become a topic of public discourse around the world. Even though the exact origin of the virus is unknown, the fact that many of its initial cases were found in stall owners, market employees, and regular visitors of a wholesale seafood market in Wuhan, China, prompted many news outlets and public figures to associate the virus with Wuhan and people of Chinese descent.

In early media reports on COVID-19, popular news outlets such as Fox News and CNN commonly used terms such as “Wuhan virus” and “Chinese coronavirus” to refer to the virus. The use of such language skyrocketed in early March 2020 when U.S. Secretary of State Michael Pompeo used the term “Wuhan virus” on national television. Since then, former U.S. President Donald Trump has become infamous for using similar language associating the virus with China and blaming China for allowing the virus to spread. He repeatedly used the term “Chinese virus” despite receiving criticism that the term is racist and xenophobic, and he attempted to justify his remarks by shifting blame for the spread of COVID-19 in the U.S. to China and reinforcing the idea of the virus' alleged origins in China.

When asked about the COVID-19 pandemic during the 2020 Presidential Debate, Trump responded, “it's China's fault, it should never have happened,” and even referred to the pandemic as the “China plague.” Trump's persistent use of similar terms to deflect from his poor regulation and oversight on COVID-19's spread in the U.S. influenced other Republican officials to use similar language and eventually influenced many Republicans' perceptions of China. One study found that 83 percent of Republicans expressed unfavorable views of China and over half of Republicans expressed very unfavorable views of China.

Because the media plays a central role in daily life, especially in times of crisis, all the rhetoric in the media blaming China for a global pandemic resulting in the deaths of millions has had a drastic impact on China and people of Asian descent. Since the pandemic began, the relationship between the U.S. and China has reached its lowest point in 30 years. The last time tensions were this high between the U.S. and China was in 1989 when the U.S. froze all relations with China following the Tiananmen Square Massacre. This deplorable rhetoric has also resulted in a wave of racism and xenophobia towards Chinese and other people of Asian descent, including a rise in hate crimes. This Article will take a deeper look into the role the media has played in endorsing information that has led to increases in anti-Chinese bias, racism, and xenophobia since the beginning of the pandemic.

Part I of this Article will discuss the origins of COVID-19 and many of the false narratives and conspiracy theories that have been circulated regarding the virus's origin. It will also explain where its official name, “COVID-19,” came from. Part II will provide a content analysis of the various media outlets that have published stigmatizing language when referring to COVID-19 and the frequency of its use. It will also show how the use of stigmatizing language has increased substantially among media consumers after its initial appearance in the media. Part III will explain how the use of such language has resulted in an increase in bias and discrimination towards Asian Americans and how it has damaged the relationship between the U.S. and China.

Although the perpetrators of stigmatizing language in reference to the COVID-19 pandemic may think that the use of such language is harmless, it has inflicted emotional pain and instigated violence against Asian Americans. Even UN Secretary General, Antonio Guterres, recognized the wave of hate and xenophobia the pandemic has brought towards people of Asian descent. In an effort to address social stigma, the WHO provided a list of dos and don'ts on language when talking about COVID-19, such as using inclusive language and avoiding terms like “Wuhan Virus,” “China Virus,” or “Asian Virus” when linking locations or ethnicity to discussions of the virus. The United Nations has also encouraged nations to adopt action plans against racial discrimination, but these efforts must be bolstered by actions from the U.S. government and other institutions.

In order to lessen negative racial bias against Asian Americans, media outlets should screen and prohibit all stigmatizing language such as “Wuhan virus,” China virus,” or “Asian virus,” when referring to COVID-19. The use of such language has proven to have a strong connection to the increase in discrimination towards Asian Americans. Second, rather than publishing information that reinforces conspiracy theories, the media should publicly discredit all conspiracy theories that accuse China of intentionally creating the virus as it relates to COVID-19. Lastly, rather than playing the “blame game” with China, the U.S. and China should cooperate in order to end the pandemic. In this time of crisis, conflict between the two superpower nations only reinforces existing tensions, biases, and conspiracy theories. As two of the world's most powerful and influential countries, international cooperation could effectively bring an end to the COVID-19 pandemic and its accompanying disease of racial animosity. Racism is a disease that has burdened the U.S. since its inception. In order to end this disease, we must not see ourselves as separate or distinct; rather, we must see ourselves as one.

Justin J. Hill, J.D. is a 2021 graduate of Case Western Reserve University School of Law and a 2018 graduate of Morehouse College.