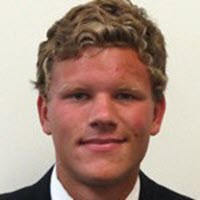 The widespread introduction of social media into society has revolutionized the way that athletes, fans, and sports teams interact with one another. Perhaps the most impactful change effected by the social media explosion on the sports industry is the direct channel of communication between fans, teams, and players afforded by such platforms as Twitter, Instagram and Facebook. However, sports fans are not the only ones benefiting from the rise of social media platforms. Athletes, in particular, have also been able to capitalize on this newfound avenue for communicating more directly with their fans by leveraging their large social media followings to secure multi-million dollar endorsement deals. Top athletes, such as Cristiano Ronaldo and Lebron James, can receive up to a staggering $44 million dollars per year in endorsements, in part just for promoting a company's products on their social media accounts.

Although social media has affected the sports industry in many positive ways, drawbacks to the technology certainly exist. For one, social media can provide a constant and unrelenting distraction to athletes which can end up negatively affecting their performance on the playing field. In fact, the distractions that social media platforms provide to athletes have become so prevalent that many high-profile coaches have imposed bans on social media use by players during team activities, or even for entire seasons. Further, while the majority of social media users interact with their favorite athletes and teams in a positive manner, social media has also provided “internet trolls” with the ability to constantly criticize and harass athletes at any hour of the day or night. A particularly troubling form of harassment that many athletes of color have had to endure on social media sites has come in the form of dehumanizing and demeaning racial slurs and taunts.

Unfortunately, racism in the world of sports is hardly a new phenomenon. However, the shift from racist abuse being hurled across sports stadiums, to anonymous internet trolls posting racial slurs on social media platforms, has added a complicated dimension to the issue of racism in sports. Unlike racism that occurs at live sporting events, where the perpetrators can often be identified and the reach of such comments is generally limited to those in attendance, racism spread anonymously via social media has the potential to be seen by millions of users, from almost anywhere, in an instant. This new dimension of racism in sports has called into question whether social media platforms and governments are doing enough to regulate hate speech directed towards athletes online. As social media sites strive to achieve the sometimes conflicting goals of promoting free speech values and ensuring speech on their platform meets community guidelines, the debate over whether there is too much or too little censorship on social media will inevitably rage on.

Except in the rarest of circumstances, American jurisprudence strongly opposes the regulation of private speech by government actors. Through the U.S. Constitution, case law, and statutory law, it is clear that private actors should be free to express their views without fear of government interference. With this in mind, while most everyone can agree that the racial abuse of professional athletes on social media is a problem that must be dealt with, the answer to solving it does not lie with government regulation. Due to the great value that Americans place in freedom of speech, the threat of over-censorship, and the incentives that already exist for social media platforms to create and curate speech policies that ban hate speech, social media platforms should be left to their own devices to determine how best to protect athletes from racial abuse on their sites. Based on recent trends in the tech industry, it appears that social media platforms not only have the expertise required to address this issue, but a strong desire to do so as well.