From Tiktok to Racial Violence: Anti-blackness in the Gendered Sphere 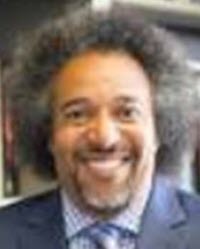 The impact of Covid-19 on racial and social consciousness during 2020 was significant. While much of the world was in social incapacitation, we passed the time by tuning into our televisions and social devices. The local and national news told stories of the rising number of deaths lost to the virus. Particularly hard hit by the virus were people of color in Black and Brown communities. Additionally, we witnessed Black life being lost specifically to the ongoing spectacle of anti-Black policing, which is nothing new. What was stark in contrast, however, was the immediacy at which anti-Black policing occurred as soon as we began to emerge from our respective homes. Almost instantly, we witnessed George Floyd suffocated by Minneapolis police officer Derek Chauvin. We witnessed Breonna Taylor being shot and killed during a police raid of her home. We witnessed Ahmaud Arbery being killed while jogging through his neighborhood. It felt like the slow re-opening of this country signaled an “open season” on Black life. To say the least, watching these murders continued the feeling of hopelessness that many Black people experience in this country where the true measure of Democracy is supposed to occur since it is a country of the people, by the people, and for the people. And you wonder: why take a knee?

As some people Facebooked, Tweeted and Instagrammed; I discovered the social media platform known as TikTok. To those who are unaware, TikTok is a cell phone application that allows users to express themselves by recording and posting a micro-video, that last 15 seconds long. You can find father-daughter dancing duets, artists playing the saxophone to hip hop songs, and ranchers freestyle rapping while there are cows and sheep in the background. I admit, watching these videos taught me to appreciate the true diversity of this nation in ways that I had never considered possible. I also learned that we are much more united than I originally believed. While TikTok has many upsides, including spending hours glued to your cell phone screen laughing and enjoying how truly talented and creative people are; it also has a downside: the platform is controlled by algorithms. Simply, the more types of videos you watch, or “like,” the more videos of that kind it sends you. In that regard, you can find yourself going down a deep rabbit-hole watching the same kinds of videos repeatedly.

For me, what began as a fun attempt to watch people perform fun or silly dance challenges, and watch artists perform amazing feats of musicianship, somehow changed to something extremely alarming as I stumbled upon a series of disturbing videos. These series of videos captured random White women attempting to exert a privileged power over other adults, and then acting irrationally angry when they were rebuffed. In some instances, their outbursts involved them threatening to call the police to report someone recording their actions in a point-of-view style video. In other instances, the threat materialized. I watched astonishingly as they claimed, with great enthusiasm and certainty, that “you are violating my privacy,” which is not true; or “this is my country, which is also not true; and my absolute favorite, “it's people 'like you’ who make this country awful,” again, certainly not true. Obviously, the latter being remarked to Black, Brown, and Muslim people; a comment that we have all heard many times before. As I watched a couple of these videos, I must have “liked” one, and TikTok's algorithms went to work: the platform showed me more and more, until eventually I was trapped in a steady reoccurrence of videos. It was at that moment that I really began to understand what #KarenTikTok meant. I was stunned.

After deeper inspection, and I must admit a slight intrigue, I learned a lot about these new micro-video stars. First, I learned that a “Karen,” is a pejorative nickname for White women captured engaging in outlandishly childish behavior based on their White privilege. Additionally, I learned that sometimes these interactions were completely innocuous and an overt expression of White privilege and entitlement. After perhaps 10 to 20 videos later, a pattern revealed itself: these situations typically involved a White woman calling the police on a Black person, or a person of color, for doing something that was noncriminal, and also legally and socially harmless. This occurrence, of calling the police on Black people, was not only normative, but their civic duty: as if they somehow owed it to this country to engage in policing Black behavior. I was stunned. It is one thing to know that things like this happen, but it is different to actually witness it and come to grips with its frequency.

As a critical scholar of race and policing, particularly one who relies upon African American legal history to inform his understanding of contemporary structural paradigms, I realized that the record of what has happened to Black people, particularly Black men, when White women called the police, revealed a more serious, non-comical, side of this behavior. These TikTok videos should not be discarded as innocuous random occurrences of an average person engaging in disagreeing behavior towards another person; instead, they should be seen for what they really are: White women exposing their White privilege and weaponizing their Whiteness in a way that is gendered, racist, and from a legal perspective, per-se criminal. This article argues that in this post-Covid moment, we are, not only, witnessing a rise in White supremacy and White nationalism as exhibited by the January 6th raid on the U.S. Capitol, but we are also witnessing an increase in White women weaponizing their race in ways that parallels historical anti-Black White supremacy in a gendered sphere.

This article proceeds in four sections. Section I begins with a brief historiography of the danger of White gendered racism to Black life; specifically, when White women falsely accuse Black men of crimes. The seriousness of this provocative history is undisputed. It has been captured as a movie adaptation of a famous novel, well documented in academic scholarship, sang in negro spiritual songs, described in countless media stories, and documented by the federal government when the accusations involved brutal retaliation-style killings. After discussing the historical underpinnings of gendered racism, Section II uses a case study of a White woman, named Amy Cooper, who falsely accused a Black man, Christian Cooper, of a crime, not only putting his life in danger, but using the privilege associated with her Whiteness as a weapon against Black freedom and equality. Her story is important, not only because of the absurdity of her actions, which we all were able to see due to social media, but because they connect the anti-Black racism of the past to our present. By taking a deep dive into the narrative of that unbelievable historical moment, I reveal her actions for what they really are - contemporary racial violence; and she for who she really is - a White woman who weaponized her race and gender, without compunction, to put an innocent Black man in harm's way. This section also dissects her actions as a set of specific acts that you see repeated again-and-again by White women who routinely call the police on Black people. I call it a White women's anti-Black racist “playbook.”

This article concludes with a brief discussion of some of the legal solutions that have been enacted to deter and punish this behavior. I use this conclusion not to say that the law can fix the very problem that it created, the stereotype of Black men as criminals and rapists, but to reveal that society can legislate away hate and racism. In other words, the Law, which more often is a problem for Black existence, has the potential to serve as a solution by empowering police departments and prosecutors to punish White women (and men) who make false accusation to the police. While punishment under these laws might, at first, seem harsh, their real value lies in the fact that they have the potential to put White people on notice of their privilege, and change the cultural narrative of White privilege in this country. Of course, it should go without saying that the only real value of these laws would be their usage by the Criminal Justice System, which seems unable to convict White people of committing crimes when the victim is Black.

While the Black community, and others, have attempted to publicize and publicly shame White women acting on their anti-Black racism, some states have pushed to legislatively deter this conduct. New York proposed Bill A03566, dubbed the “Amy Cooper Bill,” meant to punish falsely reporting a crime that is motivated by or perceived to be motivated by race, color, national origin, ancestry, gender, religion, religious practice, age, disability, or sexual orientation. The goal of the New York statute uses the race-based motivation for the false reporting as an element to categorize it as a hate crime. The bill would amend New York's existing laws against false reports, and allows this crime to be charged as a misdemeanor or as a felony.

California has followed suit. Lawmakers in the golden state plan on introducing legislation that would criminalize racially motivated 911 calls. Shamann Walton, a supervisor for the City of San Francisco, argued that it should be illegal to make racist calls to the police. Walton named his proposed ordinance the CAREN Act (Caution Against Racially Exploitative Non-Emergencies), which acknowledges the popular culture categorization of this behavior by racist White women as “Karens.” Similar to New York, the California ordinance specifically targets these crimes committed by racist White women.

In Washington, the legislature amended the current law of falsely reporting crimes to include using the 911 system to “weaponize” the police, recognizing that it results in “serious dangers and even lost lives.” “The term 'swatting,’ according to the newly enacted law, 'describes falsely reporting of an emergency with the goal of having a police unit or special weapons and tactical team (S.W.A.T.) deployed.’ By the specific language of the law, the state of Washington recognizes that 'the reckless act of “swatting”, often motivated by the perpetrators bias towards protected classes, has caused death and trauma in some cases.”’ Washington has deemed that false reports leading to injury or death will be charged as a felony.

Whether these proposed ordinances will be effective, or even enforced by the police and local prosecutors, remains an open question. Nonetheless, we should recognize that they are a step in the right direction to combatting overt expressions of anti-Black racism. Ideally, the enforcement of these should show racist White women, as well as men, that it is neither civically responsible, nor legal, to treat the police department as your private security force. In other words, these laws, in the least, should send the message that the anti-Black racist conduct, of calling the police on non-criminal behavior, will not be tolerated by society, nor the criminal justice system. Perhaps the social outing, through TikTok videos and other streams of social media, combined with the criminalization of anti-Black racist conduct can serve as an overt acknowledgement by this country that Black lives do matter, Black lives are valued, and White supremacist racism is not.