Imitation Is Not Flattery When You Don't Get Credit: Protecting Intellectual Property in the Age of Fast Fashion, Social Media, and “Culture Vultures” 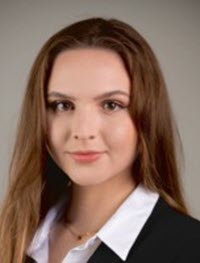 In June 2017, Kylie Jenner, reality TV star of Keeping Up with the Kardashians, billionaire, and social media influencer, launched a camouflage-themed collection on her e-commerce website. Jenner's collection included a variety of items, such as camo jackets, pants, hats, and swimwear. These camo designs spread quickly through social media as people began to note the similarity between Kylie's designs and those of PluggedNYC, a Black-owned business whose designs have been worn by celebrities like Rihanna and Keke Palmer. Tizita Balemlay, founder and creative director of PluggedNYC, agreed that Jenner's designs certainly imitated her own, and revealed that Jenner's team had previously contacted her to order custom clothes from PluggedNYC. In fact, according to Balemlay, Jenner was “the first person to receive PluggedNYC's camo set when it originally launched,” and Jenner has previously posted herself wearing a piece from the brand.

While neither Jenner nor Balemlay invented the idea of camouflage pants or swimwear, it is undeniable that Jenner's designs were imitations of Balemlay's work. This is evident given not only the brand's certain level of fame, but particularly because Jenner's stylist had previously emailed PluggedNYC and because Jenner herself has sported some of their designs. Although social media users called for recognition and compensation for Balemlay, the designer admitted that there was little she could do to stop Jenner from releasing and profiting off the camo designs.

There are very few options for any fashion designer seeking to prevent others from copying their work, as intellectual property laws in the United States do not provide a viable solution to the dilemma of copycat practices in the fashion industry. The most common intellectual property protections afforded to the fashion industry--trademarks, copyrights, and patents helpful to some larger companies, fail to limit the financial hardships caused by copycat design companies. However, even with these types of intellectual property protections, it is extremely difficult for designers to protect their fashion designs from being copied and sold at lower price points or by more well-known brands.

In 2016, the Navajo Nation settled a five-year-long trademark lawsuit over the use of the Navajo name on products sold at Urban Outfitters. Recent mechanisms, like the separability test from Star Athletica L.L.C. v. Varsity Brands, Inc., have made it easier to protect traditional garment designs. These examples demonstrate that intellectual property jurisprudence can, indeed, be used to fight against cultural appropriation; that we do not have to be content with the seemingly inevitable cultural appropriation that stems from the fashion industry's current norms.

Despite the potential to fight cultural appropriation, currently, there is no test or law that addresses the problem of brands copying non-traditional designs and items from Black designers, nor addresses the implications of that long practice. The solution to this problem is difficult to conceptualize within the current intellectual property protections of trademarks, copyrights, and patents. Regarding trademarks, a group of individuals may not have a particular title, word, or symbol associated with it that can be trademarked and placed on items, as was the case for the Navajo Nation. Copyright protections do not extend to a garment as a whole, and a particular culture may not have a traditional print that can be copyrighted under the Star Athletica test. Finally, in order for clothes to be patentable, they have to meet a strict set of guidelines, including being of a certain unique structure, which is difficult to achieve in the fashion world.

Intellectual property is going to be a new measure of wealth in the growing technological world. It is clear that the current state of intellectual property jurisprudence in the United States as it pertains to fashion does not sufficiently protect independent designers. The rampant copycat culture in the fashion industry makes it extremely difficult to protect one's fashion designs from fast-fashion brands that quickly turn out knockoff designs, as well as from large luxury brands and celebrities who constantly look for “inspiration” from smaller brands. This lack of protection disproportionally harms independent Black designers, as the lax laws facilitate the harms of cultural appropriation and the continued systematic exclusion of Black designers from owning intellectual property protections. Possible solutions that could help stop the imitation and cultural appropriation of Black designers' intellectual property include: (1) the expansion of current intellectual property jurisprudence, (2) social shaming platforms, (3) reparations by means of unjust enrichment claims, (4) crediting of the original designer, and (5) environmental regulations.