Promoting Asian American Representation Through Copyright: Moral Rights in the Last Airbender and Fair Use in Ms. Marvel 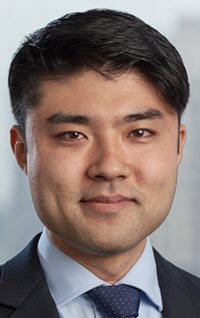 Moral rights enable creators to protect their personal, as opposed to economic, rights in a work. Such rights include the ability to prevent others from distorting a work and to claim authorship in a work. In U.S. copyright law, the scope of works that enjoy moral rights protection is limited; moral rights do not extend to television, film, or literature. Other countries, such as France, offer much broader moral rights protection. If the United States adopted a more expansive moral rights regime, creators would have a legal challenge to protect their works from whitewashing. Creators could assert moral rights claims that changing the racial identity of their characters violates the integrity of their works.

While moral rights expansion could combat whitewashing, it could also halt diversity by maintaining the status quo: creators might try to prevent others from recasting white characters as racial minorities. However, application of the fair use doctrine would likely circumvent this issue. In the United States, the fair use doctrine limits moral rights. Fair use permits certain uses of works that would otherwise be copyright infringement, recognizing that “excessively broad protection would stifle, rather than advance” copyright's goal of promoting creativity. Thus, secondary creators would still have room under fair use to make choices that change a character's racial identity. Such fair use claims would be more likely to succeed if the secondary work recognized and explored the racial identity of the character. These deeper explorations into racial identity are more likely to come from works that choose to increase, rather than decrease, diversity, as those choices tend to be more deliberately made.

Part I of this Article describes the lack of Asian American representation in popular culture, the reasons for this lack of representation, and the harms it causes.

Finally, Part III evaluates two recent popular culture case studies under this framework: (1) the movie adaptation of Avatar: The Last Airbender, which cast white actors in the roles of Asian characters, and (2) the 2014 comic book series Ms. Marvel, which reimagined a white superhero as a Pakistani American girl.

While moral rights may not be available to prevent movie studios from whitewashing Asian American characters, fair use in its present existence can be used to protect creative works which seek to diversify existing properties. Seizing on the existing trends in fair use jurisprudence to authorize works which evince a different artistic purpose and fulfill a creative gap that the market has not met, courts should find fair use in works that engage in a racial change in a thoughtful, deliberate manner. Such an approach harmonizes copyright's central purpose to promote artistic progress with social value of increasing minority representation.