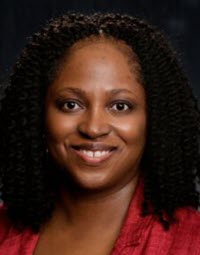 What do Beethoven and Public Enemy have in common? Both have been enormously popular performers and composers. Both are credited with fundamentally transforming music composition and performance during their respective times. Both have copied and incorporated existing works of their own or others into their own works. As such, Beethoven and Public Enemy illustrate the continuity of musical borrowing. This continuity and the importance of musical borrowing remain largely unacknowledged by the legal commentary and unreflected in copyright law.

This Article focuses on some implications of musical borrowing for visions of musical authorship and copyright law. It considers how such visions relate to representations of musical authorship that largely fail to take into account the pervasive and widespread borrowing that characterizes much musical production. In addition, it discusses how hip hop and other forms of music that use existing works in their creation have challenged such representations. One such challenge in the case of hip hop is its unmistakable and overt use of musical borrowing through sampling. Part I examines the construction of music copyright, focusing on the implications of the vision of musical authorship or composition evident in legal commentary and court cases in the music copyright area. Part II focuses on the vision of authorship and performance in music copyright in historical and cultural context. Part III discusses potential ways to incorporate a liability rule-based framework for sampling based partly upon existing statutory frameworks and current musical industry licensing practices.

Historical and cultural context shapes analyses of hip hop on two levels. The first relates to the assumed historical development of music generally and locates hip hop in relation to this history. Assessments of hip hop from this perspective are distorted by the fact that the tradition against which hip hop is at least implicitly measured, the European classical tradition, is itself an invented tradition. The assumed characteristics and musical composition practices of the European classical tradition, essentially with respect to musical borrowing, do not reflect actual practice within this tradition, particularly during the time that it was an active, living tradition. The second level concerns the broader contemporary cultural contexts within which hip hop musical creation occurs. Musical creations in this environment can be significantly affected by copyright standards that negate or disallow particular musical practices.

In mediating between these historical and sociocultural factors, courts play an important role in helping to determine the shape and nature of acceptable cultural production. This role should not be undertaken without fully understanding and considering the broader contexts within which musical production occurs. Although recontextualization of hip hop within these broader aspects is necessary, in the end, better standards must be developed to determine what constitutes acceptable and unacceptable sampling practices. Understanding hip hop and other forms of cultural production based upon use of existing works represents a step in the right direction towards fully appreciating the contributions of varied traditions, styles and methods of artistic production.

As musicologist Susan McClary has noted, a succession of African American musical genres, including ragtime, blues, jazz, rhythm and blues, gospel, Doo-Wop, Soul, rock, reggae, funk, disco and rap, have “stamped themselves indelibly on the lives of generation after generation . . . [as] the most important tributary flowing into today's music,” which is a function of “the exceptional vitality, creativity, and power of musicians working within these idioms.” Legal considerations of music need to incorporate far greater understanding of music and its broader history and context into analyses of music under copyright law. Further, the legal standards applied in music infringement cases need to reflect current and past actual music practice rather than be based upon idealized and inaccurate notions of music creation that emanate from an invented classical music tradition. Such notions of music creation are often not conducive to the development of vibrant and living music traditions. As we apply such legal standards, we should be careful and be alert to the implications of such actions, as well as to the fact that musical production may in the end come to mirror the conceptions contained in the copyright standards applied to it.