Housing the Decarcerated: COVID-19, Abolition & the Right to Housing 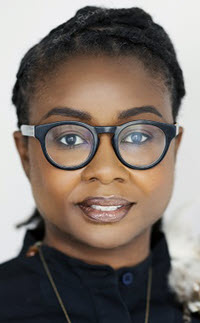 The coronavirus pandemic exposed an issue at the intersection of the public health, carceral, and housing crises--the lack of housing for the recently decarcerated. As soon as the public learned that the virus was community spread in the United States, criminal law reform advocates and families of the incarcerated began to express concern about what would happen inside prisons. Calls came to release incarcerated people and cease arrests in light of the risks posed from the inability to social distance while incarcerated. Some states, including California, New Jersey, and Wisconsin, began releasing incarcerated people. In March 2020, over thirty elected prosecutors from across the country issued a joint statement, acknowledging that the “current crisis create[d] an even more pressing need for elected prosecutors, public health officials, and other leaders to work together to implement concrete steps in the near-term to dramatically reduce the number of incarcerated individuals and the threat of disastrous outbreaks.” The Black Lives Matter protests of summer 2020 amplified these calls on the streets of cities across the nation under the banner of #DefundthePolice. Not since the 1970s had prison abolition seemed so viable.

Concurrently, the pandemic forced a national conversation about the enormous number of unhoused people in our country. The idea of socially distancing while living on the street was impossible. Cities struggled with how to manage the unhoused responsibly. News outlets severely criticized Las Vegas for attempting to “house” hundreds of homeless persons in a parking lot after the city closed a shelter due to the pandemic. New York City faced criticism over a set of measures that effectively banned unhoused persons from sheltering in subway trains and stations. In one of the more successful though still imperfect efforts, California instituted “Project Roomkey,” which placed unhoused persons in empty hotel rooms. The pandemic, in short, added evidence to the case for publicly funded housing for the deeply impoverished.

For many recently decarcerated persons, the pandemic's risks were not substantially less than that of an incarcerated person because of the high likelihood of being unhoused and the risks the pandemic presented to individuals living on the street. As a result, the quests for abolition and the human right to housing are deeply connected.

This Article argues that the prison abolition and right to housing movements are essential to each other's successes. The success of the abolitionist movement requires housing for the newly decarcerated to facilitate other steps towards full citizenship. And the right to housing movement cannot be actualized as long as human beings “live” on the street or in cages. Thus, deconstructing those policies that result in the recently decarcerated being homeless should be central to both platforms.

Part I describes the modern prison abolition and right to housing movements, up to and through the pandemic. Part II reviews the literature suggesting that stable housing for recently decarcerated persons is essential to reducing recidivism. Housing provides economic and social capital that can prevent slipping into deep poverty and sending previously incarcerated persons back to prison. Part II also summarizes results from pilot programs in New York, Washington, and Maryland that offer promising evidence of the correlation between subsidized housing and successful community reentry for the recently decarcerated.

Part III argues that “one strike” laws such as the Anti-Drug Abuse Act and the Supreme Court's opinion in Department of Housing and Urban Development v. Rucker currently create insurmountable barriers to federal plans to house a majority of recently decarcerated persons. Part III also establishes subsidized housing as a site of mass incarceration as it relates to policies designed to evict tenants who allow persons with contacts to the criminal legal system, including the recently decarcerated, to reside with them “unauthorized.”

Part IV assumes the ultimate repeal of the federal laws, which have provided the scaffolding for the culture of exclusion, is on the horizon as public opinions regarding innocence evolve. Considering repeal prefigurative in this moment, Part IV prescribes what are likely to be equally transformative policy changes that can aid the abolitionist turn and the evolution of the human right to housing more immediately, including (1) redirecting the discretion afforded to public housing authorities (PHAs) towards admission; (2) making permanent untimed, fully subsidized direct payments for all who are income eligible and equalizing treatment of vulnerable persons, away from eviction, including the recently decarcerated, similar to what was provided for through the over $46 billion appropriated in the American Rescue Plan to create Emergency Rental Assistance (ERAP) programs; and (3) enlarging civil rights protections for tenants in federally subsidized housing to include source of income protections and protections for those with criminal records. The Article concludes by recognizing that ultimately for recently decarcerated persons to access full citizenship post-release, complete transcendence on the definition of innocence that has defined the contours of modern federal and local housing policy is required.

The prison abolition movement was accelerated at stages of the Covid-19 pandemic and under the influence of the Black Lives Matter protests of the summer of 2020. The right to housing movement also quickened after the onset of the pandemic with two national eviction moratoria and billions of dollars appropriated towards rent relief. Taken together, these changes to the carceral, housing, and public welfare systems give a glimpse of a near future where decarcerated individuals are housed. The formerly incarcerated could come out of prison, receive vouchers, and move into subsidized housing on their own or with family members already living in subsidized units. This Article has advocated for a broadening of eligibility such that the only limitation is that participants be low income. This vastly expanded definition of eligibility would include the recently decarcerated. Pilot programs like those in New York, Washington, and Maryland offer strong evidence of how critical vouchers are to resisting poverty and recidivism for the recently decarcerated and ultimately to the project of abolition itself. To get there, federal housing law such as the Anti-Drug Abuse Act of 1988 and the Supreme Court's opinion in Rucker must be undone. Even while these efforts are advanced on the federal stage, there is much work that can happen at the local level with public housing authorities in the immediate term, which may actually be more transformative.

Indeed, PHAs largely have discretion now to exponentially expand access and retention of subsidies by those with criminal records by removing the multi-year-long wait period for the recently decarcerated to be eligible for subsidized housing. PHAs can also cease engaging in discretionary investigations that criminalize tenants who allow members of their kin networks to live with them “unauthorized.” What we know about the systemic flaws of the criminal legal system, the linkage between poverty and recidivism, and the realities of our collective public health undermines arguments for continuing to disqualify the recently decarcerated from federally subsidized housing.

Most importantly, perhaps, the culture of exclusion is steeped in narratives of guilt and innocence that draw fictional lines, rooted in America's racial caste system, about who is or is not deserving of housing. These narratives cannot persist if prison abolition and the human right to housing are to be realized.