Racism Knocking at the Door: the Use of Criminal Background Checks in Rental Housing 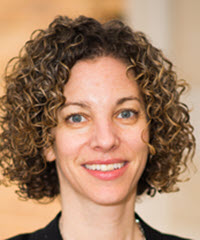 Cell phone videos and news reports of unlawful arrests of African American citizens, racially tainted evidence tampering, and biased sentencing practices have become ubiquitous, and study after study has shown that racial bias permeates every aspect of the criminal justice system. What happens when the victims of racially biased policing try to go on with their lives--when they try to find a place to live?

One of the harshest collateral consequences of an arrest or conviction is the impact a criminal record can have on one's ability to secure housing. During the “tough on crime” period in the 1980s and 1990s, many housing providers, and especially public housing providers, adopted broad policies that barred applicants with criminal records, making it nearly impossible for those released from prison (or even just from police custody after an arrest) to find suitable housing. Individuals who are pulled over or arrested by a racially motivated police officer may eventually be released, but they will often struggle to retain or find housing, even if never convicted of any crime.

In 2016, after decades of appearing to encourage local public housing providers to adopt harsh policies barring applicants with criminal records, the Office of General Counsel for the United States Department of Housing and Urban Development (“HUD”) issued guidance instructing public and private housing providers to take in to account the potentially disparate effects of such policies on racial minorities (the “HUD Guidance”). Recognizing that African Americans and Latinos are “arrested, convicted and incarcerated at rates disproportionate to their share of the general population,” HUD advised that any policy that “restricts access to housing on the basis of criminal history” may have an unlawful disparate impact based on race.

The HUD Guidance on the potentially disparate impact of the use of criminal background checks has remained in place, though it is expected to be rolled back like many other Obama-era policies; thus, the question has now become how municipalities and housing providers will interpret and give effect to the HUD Guidance. This article examines how one such municipality--the District of Columbia--has grappled with putting the HUD Guidance into effect via legislative changes.

This article proceeds in five parts. Part I describes the impact of racialized policing as it relates to housing.

Part II examines the rise of the background check industry, exploring how the explosion of “big data” has impacted how housing providers make decisions.

Part III presents an argument for interpreting the HUD Guidance as broadly as possible.

Part IV explores how one municipality--the District of Columbia--is currently implementing the HUD Guidance and makes recommendations based on those experiences.

Part V poses some unanswered questions about best practices and how housing providers should incorporate the dictates of the Fair Housing Act (“FHA”) and the HUD Guidance into their tenant selection processes.

Release from prison should open the door to a fresh start for returning citizens, but that is impossible if doors to stable housing are closed--and, as discussed above, that door is most often closed to minorities both because of racial injustice in the criminal system and because housing providers' criminal background check policies often have disparate impacts on minorities. Although there is little empirical evidence to demonstrate that barring those with criminal records from housing increases public safety, there is no lack of evidence to support the idea that secure housing and employment reduces the risk of recidivism. HUD's Guidance pointed us in the right direction, and municipalities, such as the District of Columbia, have begun to take notice; there is much more work to be done.