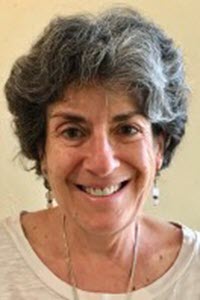 About a year ago, a friend and I went in to a diner for breakfast. It wasn't very crowded; maybe four tables were occupied. We sat close to a table where four African Americans were seated. My friend and I are both Caucasian. The waitress, also white, came over and asked if we wanted coffee. On her way back from getting us coffee, a heated exchange occurred between the waitress and the four African American customers. The customers got up and left the diner. When the waitress came over to serve us the coffee she confided in us that the four African American customers were angry that she had served us first. When I responded that they had been there first, she said, “They're always complaining about something.” My friend and I looked at each other, paid for the coffee, and left the diner after explaining to the waitress that we weren't comfortable with the service either.

I left the diner with deep feelings of anger and sadness. The outrage that I felt at how the African American customers had been treated was magnified ten-fold by the stark realization that racism exists to such a visible degree on a person-to-person basis in our society. I have been studying and writing about housing segregation, its causes and continuance, for years. I know that the systemic problem of housing segregation could not be perpetuated without the racist complicity of individuals throughout our nation. I have always wanted to kid myself, though, that housing segregation stems from a time when the power brokers of our country were doing the majority of the populace's bidding, and it is now perpetuated due to the slowness of systematic change, not because the majority of our nation still wants our leaders to maintain the racist status quo.

My white skin enables me to continue my intellectualization without having to feel the racism in our society on a day-to-day basis. As racism becomes more and more institutionalized in our society, white people become more able to be indifferent to the problem at best, and, at worst, more able to express their racism openly and act upon it without consequence. I try to be aware of my white privilege on a day-to-day basis, but this, too, seems an intellectual exercise, one I can choose to undertake or not.

On that day walking out of the diner, I could no longer kid myself. Individual and institutional racism originally caused systemic housing segregation and individual and institutional racism is the reason why the problem has not gotten any better. In fact, racial segregation is worse now than when there were laws, policies, and practices that formally instituted separation of the races. Legislative and governmental attempts at reversing the historical patterns of housing segregation have failed, and our country suffers from the greatest separation of the races at any time in its history. This physical separation of the races has devastating effects on society as a whole, not the least of which being that it reinforces prejudicial stereotypes and biases. The vicious cycle continues: racism causes segregation and segregation reinforces racist attitudes and beliefs. The more the races remain segregated, the less likely we are to understand and accept one another, let alone want to live near each other. This phenomenon damages our society as a whole and particularly devastates the “non-majority” portion of our population since the balance of power weighs against them. This imbalance of power causes the misunderstanding, nonacceptance, and fear of the other that has real consequences in terms of distribution of and access to resources. As stated by Professor John Yinger:

After all, discrimination grows out of a complex system in which the social and economic disparities that are the legacy of past discrimination result in stereotypes and prejudice, which, in turn, give landlords and real estate brokers an incentive to discriminate. Moreover, residential segregation, which is a product of current and past discrimination, limits the access of protected classes to good schools and jobs, thereby perpetuating social and economic disparities, and creates an environment in which inter-group distrust and hostility can thrive.

To break down the emotional, psychological, economic, and political barriers between the races, the physical barriers must be broken down.

The legislative branch of government continues to spin its wheels in breaking this cycle of racism. The Fair Housing Act, borne of the Civil Rights era and heralded as combating discrimination, remains ineffective in addressing the institutionalized racism that perpetuates the systemic problems of housing segregation. In the words of fair housing law expert Professor Kushner: “Thus, while cultural apartheid, the legacy of legal apartheid, remains the reality in America, housing remains the most segregated aspect of American life and the greatest failure of the civil rights revolution.” It may even be opined that the Fair Housing Act presents a smoke screen behind which lawmakers can hide, pretending the consequences of our racism are being dealt with, while in truth the separation of races remains unchallenged.

Legislating against individual acts of racial discrimination remains ineffective in combating individual discrimination. More importantly, it accomplishes practically nothing in regard to addressing the problem of systemic housing segregation in this country. As stated by James H. Carr of the Fannie Mae Foundation:

The racist status quo continues in the wake of ineffective legislative and inadequate institutional efforts that have racist effects without being overtly racist. The individual racism that fueled historical segregation remains a powerful force today and, coupled with legally mandated racism, has caused the seemingly intractable force of systemic housing segregation.

To achieve equality of opportunity in this nation, the problem of systemic housing segregation must be affirmatively and aggressively reversed. There can be no hope of a reversal of the effects of housing segregation without bold measures designed to remedy the institutional racism that continues unabated. Professor Feagin argues that:

Systemic racism in the United States is a four-centuries-old system that denies African-Americans and other people of color many of the privileges, opportunities, freedoms, and rewards that this Nation offers to White Americans. The unjust enrichment of Whites and unjust impoverishment of Blacks, created by the first generations of White Americans, have been maintained now for about 15 generations.

The legacy of racism in the United States is undeniable. The continuation of that legacy remains unabated. Only lip service has been paid to easing the tension between the races. Housing segregation and the deliberate physical separation of races has unavoidably led to a snowballing effect of unequal opportunity between communities with people of different skin colors. Blacks have less opportunity for quality education and gainful employment due to their geographical isolation and marginalization in society. The hopeless conditions caused by social isolation, lack of opportunity, and ensuing poverty create an environment where criminal activity is highlighted, visible, and easily targeted by selective law enforcement. A vicious cycle of racism is thus maintained and negative stereotypes reinforced because there is no opportunity to get to know the unknown “other.” In the words of Professor Patricia J. Williams:

There is a crisis of community in the United States no less than in the rest of the world, of specific and complicated origin perhaps, but in this moment of global upheaval, worth studying for possibilities both won and lost. Whites fear blacks, blacks fear whites. Each is the enemy against whom the authorities will not act.

Until an effort equal to the efforts to create and maintain housing segregation and its consequences is initiated, supported, and perpetuated in our country, we can expect our racist legacy to continue and intensify. The effort must start with dismantling the racist institutions of housing segregation, white privilege, school segregation, and discrimination in the criminal justice system. The systemic problem of racism must be attacked systemically. Again, Professor Williams states:

With regard to all these configurations, let me just say that I am certain that the solution to racism lies in our ability to see its ubiquity but not to concede its inevitability. It lies in the collective and institutional power to make change, at least as much as with the individual will to change. It also lies in the absolute moral imperative to break the childish, deadly circularity of centuries of blindness to the shimmering brilliance of our common, ordinary humanity.

Above all, each individual (and I'm speaking here to white people) needs to acknowledge that they can either be part of the problem or part of the solution. Continuing merrily along, enjoying our white privilege, oblivious to the negative impact we have on our black neighbors, makes us complicit in the centuries of racism that brought us to our racist present. Doing nothing is doing everything to be a part of the problem. In the eloquent words of Professor June Jordan:

We need, each of us, to begin the awesome, difficult work of love: loving ourselves so that we become able to love other people without fear so that we can become powerful enough to enlarge the circle of our trust and our common striving for a safe, sunny afternoon near to flowering trees and under a very blue sky.

We can continue to travel the path of hatred and distrust or we can choose to begin dismantling the institutions borne of the distrust between races. Which kind of world do we want to live in —a world of hate or a world of love? Will we choose a world that isolates, separates, and wreaks unimaginable suffering on entire communities of people, or a world that celebrates the diversity of people and welcomes differences between people for the richness it brings to our lives?