The Reparations Work Underway in Evanston, Il: Promoting an Affirmative and Accountable Government 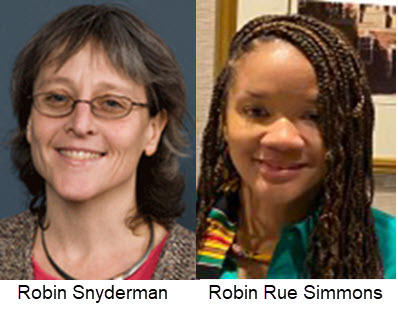 Despite all this progress, the census tracts in Evanston remain physically, financially, and socially segregated, and the racial wealth gap continues to widen. The city's homeless populations are increasing along with the percentage of income that residents are spending on housing. In spite of a recently updated inclusionary housing ordinance and new Accessory Dwelling Ordinance, demonstrating Evanston's official commitment to affordable housing, there is still opposition to new affordable housing proposals, and only twenty-six percent of the local workforce actually lives in Evanston. Affordability is the clearest obstacle preventing “live near work,” as wages have increased at a far lower rate than rentals, and homeownership is out of reach.

Evanston Chamber of Commerce Executive Director Roger Sosa is thoughtful on this subject. “The Chamber, like many other American institutions and individuals, has recommitted itself to diversity and inclusion .... We see firsthand the challenges that businesses face when their employees cannot live near work or otherwise lack a stable homebase, and are appalled by the widening racial gap in Evanston's homeownership rates.”

These issues are daunting, but the cause of this predicament is not mysterious: in 1919, the City of Evanston passed and enforced legislation that changed a popular residential zoning district to commercial, and that prohibited multifamily housing along the lakefront.

This map of Evanston's current Racial and Ethnic Distribution illustrates the data in a manner that helped drive local leaders beyond overwhelming discussions and toward tangible new strategies. The blue dots on the left demonstrate that the consequences of historic racist policies essentially restricted Black residents to live in segregation in the west-side of the 5th Ward. The community was stripped of neighborhood amenities and access to opportunities and a quality of life that white residents enjoyed.

The total wealth and opportunity loss can never be exactly tallied, but the multibillion annual cost of segregation has been assessed in the broader Chicago region, and the loss of income, lives and potential is devastating.

Most exciting to remember is that ninety-six percent of the Evanston Reparations Fund is still to be determined and deployed following further community input.

No single solution is a panacea, of course, and the path that we are forging through Evanston's Reparations Initiative is specific to Evanston and the egregious policies and practices enacted by our municipal government that injured our Black community. That said, there are other institutional accomplices responsible for the disparate conditions in the Black community--in Evanston and nationwide--including financial institutions, education systems, and other far-reaching federal and private sector entities

Evanston's local case for reparations is not unique, and its process is not proprietary. Our hope is that more cities will act affirmatively, consider our practice as a viable path to tangible solution with a measurable outcome, and join us in the commitment to reparative justice. There will be real progress and real failure, but, with the right partners and the right levels of accountability, the real work will pay off.