The Legacy of Racial Zoning in Birmingham, Alabama 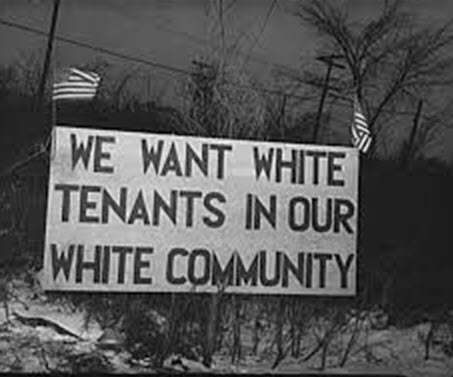 Racial discrimination in housing is a peculiarly critical issue now, for two reasons. The present large-scale rebuilding of American cities, to meet the housing shortage and to reduce blight, will set the residential pattern for years to come. Moreover, present world conditions have created a new context in which race discrimination must be judged. Within this country, discrimination has blighted the lives of large groups of the population. In particular, residential segregation makes democratic education and living impossible, to the detriment of both majority and minority ... In this context, discrimination is no longer deplorable private behavior, which (it is hoped) may improve within the next century; it is one of the most serious threats to democratic survival during the next century. --Norman Williams (1949)

In the living memory of many, Birmingham, Alabama was, as Dr. Martin Luther King, Jr. once described it, "the most segregated city in America." Because of the laundry list of segregation ordinances that Birmingham enacted over the first half of the twentieth century--segregating contexts as varied as cemeteries, streetcars, and sports city assumed such deservedly unflattering nicknames as the "capitol of Jim Crowism" and the "Johannesburg of America." Emblematic of these was a remarkably overlooked racial zoning ordinance that Birmingham enacted in 1926 to compel race-based residential segregation, "a spatial manifestation of white supremacy." Birmingham was by no means the only city to utilize racial zoning during this period, but the city was exceptional in that it continued to enforce racial zoning laws into the 1950s, some thirty-four years after the United States Supreme Court had declared similar ordinances unconstitutional.

The legacy and adverse effects of Birmingham's racial zoning laws would serve as a primary impetus for the local black community's dogged push for equality and empowerment during the ‘50s and ‘60s. But how could the city enforce race-based residential segregation throughout the first half of the twentieth century, while most other cities were enjoined from doing so by the end of the Progressive Era? Why wasn't Birmingham's sizeable black population able to organize and invalidate the city's zoning laws sooner, when the community brimmed about the cramped borders within which it was zoned, and when the National Association for the Advancement of Colored Peoples ("NAACP") was invalidating subtler forms of residential segregation in the 1940s? What was it about Birmingham that made its segregationist stance so perfervid?

It may be easy to dismiss these questions as symptoms of Birmingham's time and place in the South, ascribing this shameful aspect of the city's history to an inherently Southern set of problems. Birmingham is perhaps the most prominent Southern city in America's recollection of the region's twentieth-century ills, but the prejudice and anxieties behind Birmingham's racial zoning laws or Bull Connor's police dogs were not at all confined to Birmingham's city limits, or to the South, for that matter. Patterns of de jure race-based residential segregation in the twentieth century were almost exclusively Southern, but it would be remiss to overlook urban experiences outside the South that featured severe forms of de facto residential segregation, often backed by violence.

This article begins by examining the social and political dynamics that contributed to the enactment, prolonged defense, and demise of racial zoning laws in Birmingham. In doing so, this article poses two separate but interrelated propositions. First, although such de jure residential segregation was a largely Southern phenomenon, subsequent forms of de facto residential segregation, with which America continues to deal, suggests this aspect of Birmingham's legal history is actually emblematic of a national dilemma that deserves wider introspection. The causes, legacy, and burden of racial zoning and similar forms of institutionalized racism in Birmingham cannot readily be chalked up to some "unfathomable maze [of] tradition, caste, race, [and] poverty" peculiar to the South.

Second, the story of racial zoning in Birmingham illustrates the inextricable interplay between laws and private norms, which can sometimes operate to threaten or inhibit constitutional protections. Subsequent sections show how the longevity of Birmingham's racial zoning laws can be directly attributed to racist and prejudiced customs deeply embedded in the city's social, political, and economic fabric. As the story of racial zoning in Birmingham unfolds, the reader will find that the line between actual law (the ordinance itself and its enforcement) and private norms (the local politics, social customs, and vigilante extremism that sustained the ordinance) becomes increasingly blurred. Implicated here are aspects of the slippery "state action doctrine," the key threshold requirement for triggering Constitutional civil liberty protections that Justice Black famously called a "conceptual disaster area." Part IV(B) infra briefly reflects on this disaster area to suggest that, because laws and norms/customs are so interrelated, courts can only go so far in advancing civil rights.

As George Rutherglen pointed out, if the terms "custom" or "usage" were given their ordinary meaning, the statute could conceivably reach a "wide range of private conduct" and allow "claims to be brought against private individuals or institutions that acted systematically to deny federal rights." However, the legal positivist view "that official custom alone ‘can have the force of law"' took hold over the course of Section 1983's development, which "neglects the myriad ways in which custom, even if not explicitly adopted as law, can still have the force of law:"

The pragmatic reasons that lead to a narrow interpretation of "custom" and "usage" in Section 1983 all incline courts to be cautious in extending the statute to reach otherwise private action. Where custom intersects with enforcement policy, we should not expect to find a clear, formally defined relationship between custom and state law. There is little that courts can evaluate to determine whether state action is present.

Importantly, Rutherglen maintains that while a reassessment of the meaning of "custom" or "usage" would have no effect on Section 1983 jurisprudence, such a reassessment could "support an expansion of congressional power under Section 5 [of the 14th Amendment] to counteract the combination of private action and official acquiescence that so often has resulted in the effective denial of constitutional rights." Because Congress is not constrained by state action doctrinal developments, it is best positioned to make civil rights a reality.