“What Shall I Give My Children?”: Installment Land Contracts, Homeownership, and the Unexamined Costs of the American Dream

Excerpted From: Caelin Moriarity Miltko, “What Shall I Give My Children?”: Installment Land Contracts, Homeownership, and the Unexamined Costs of the American Dream, 87 University of Chicago Law Review 2273 (November 2020) (Comment) (256 Footnotes) (Full Document) 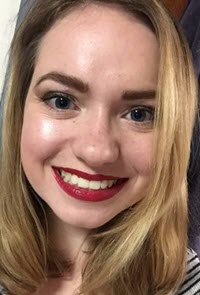 A white picket fence. A house in the suburbs. 2.5 kids. There may be nothing more central to the modern conception of the American Dream than homeownership. John Locke theorized that everyone has the right to life, liberty, and property, and the protection of those rights is at the core of the US Constitution. The ability to own a home is considered a fundamental part of being American--not merely for the psychological benefits of a stable housing situation but also as a long-term investment for wealth building. The pursuit of that dream, and the need to present that dream as universally attainable, has justified various policies that ultimately strip wealth from low-income and minority neighborhoods. In particular, the purported benefits of homeownership have justified loose regulation of predatory contracts that offer low-income households an elusive promise of homeownership while extracting profit from those same households. One alternative form of financing for homeownership is the installment land contract, a popular financing tool for low-income homeowners which has a long history of predation, especially in low-income and minority communities. This Comment explores the historical and current uses of the installment land contract and the best ways to effectively protect buyers from this contract's most predatory qualities.

Installment Land Contracts are unique agreements for those seeking stable housing. Unlike mortgages, as buyers pay installments, they do not become part owners of the property--that is, they do not build equity in their home. Unlike leases, the sellers have no duty to provide habitable housing and no duty to make repairs while the buyers live there. Thus, if buyers default, sellers can remove them from the home, keep all the payments that have been made, and reap the benefits of any repairs made while the buyers lived there.

Part I provides a brief introduction to the Installment Land Contract and its most pertinent characteristics.

Part IV explores why these measures either have failed or are likely to fail, with a focus on the exploitative nature of the Installment Land Contract market.

Finally, Part V suggests that legislatures and courts should seek to regulate the Installment Land Contract by: (1) requiring sellers to provide prepurchase counseling in the mold of the Home Ownership and Equity Protection Act of 1994 (HOEPA); (2) mandating that Installment Land Contract cases are heard in the same courts that typically hear mortgage cases, not the courts that typically hear eviction cases; and (3) finding per se unconscionable any Installment Land Contract that includes both a forfeiture clause and sells the property “as is.” Ideally, these actions would be taken in conjunction with the Consumer Financial Protection Bureau (CFPB), ensuring that buyers in all states receive appropriate protection.