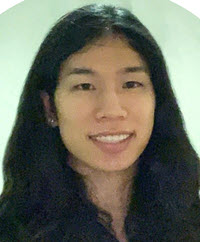 Accordingly, this Note focuses on the Southeast Asian crime-to-deportation pipeline and takes the position that it should first be understood as a manifestation of trauma from Southeast Asian refugees' migration, resettlement, and adjustment experiences. This Note then argues that given Southeast Asian men's higher detention and deportation numbers, reducing the crime-to-deportation pipeline requires a specific focus on the unique and gendered issues that these men face. By contextualizing the social, cultural, and environmental experiences of Southeast Asian men as they intersect with the historical traumas of their community, this Note explores the gendered ways in which these men respond to their community's trauma, and how this may predispose them to crime, violence, and ultimately, deportation. Yet, despite such traumas, one element that remains constant is the agency of Southeast Asian men. As such, this Note concludes with a proposal that one solution to improve the outcomes of these men is preventative, community-based education focused on crime and deportation. Such education will help Southeast Asian men live cognizant of the deportation system, giving them agency over their behaviors and greater ability to navigate the gendered systems of trauma in which they live.

In this Note, “Southeast Asian” will refer to refugees, immigrants, and individuals from three countries: Vietnam, Laos, and Cambodia. “Trauma” will be a broad term encompassing conditions related to the refugee experience, assimilation, or the lived community experiences of refugees and their families. This term will also encompass diagnosable conditions such as Post-Traumatic Stress Disorder (PTSD), depression, and anxiety, as well as the effects of larger societal constructs such as the model minority myth and perpetual foreigner stereotype. “Non-citizen” will refer collectively to refugees, immigrants, green card holders, and legal permanent residents who do not have full U.S. citizenship. Additionally, for the sake of simplicity, this Note will refer collectively to non-naturalized Southeast Asian immigrants and refugees, as well as those who are naturalized or are native born descendants of those refugees, as “Asian Americans,” or categorically as “Asian and Pacific Islander (API),” except where otherwise specified. This Note does not suggest that the experiences of each Southeast Asian national and racial group are the same, and recognizes that they each have unique trajectories and circumstances; however, for the purposes of this analysis, they will be discussed collectively in general, and specifically when necessary.

An examination of the complicated identities of Southeast Asian men shows that they are individuals caught in an interconnected system of trauma, racism, gender, and socioeconomic inequality that positions them towards crime, and in the cases of those without U.S. citizenship, permanent deportation. In many ways, the Southeast Asian male is a direct embodiment of many of his community's struggles, particularly in terms of masculinity, ethnic identity, discrimination, and violence. However, educating Southeast Asian men on the connections between trauma, crime, and deportation may help address the crime-to-deportation pipeline. By capitalizing on the agency of these men while also recognizing the continued presence of violence and trauma in their lives, such education that contextualizes the links between trauma and crime, and the consequences of criminal actions and how they relate to deportation, would provide these men with greater agency and control over the choices they make for their futures. Thus, while not a stand-alone solution, such education can help mitigate the crime-to-deportation pipeline and positively impact Southeast Asian men and their communities.