Reflections on Immigration One Hundred Years after the Red Scare 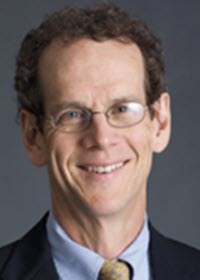 One hundred years ago, the U.S. government responded to a series of terrorist bombings in the United States by rounding up not the bombers, but immigrants. The so-called “Palmer Raids,” executed in coordinated fashion across the country, detained thousands on charges of mere association with anarchist or communist groups, and ultimately led to the deportation of hundreds. Not a single bomber was found. As we mark the centennial of that lesson in overreaction, my goal here is to ask what we can learn from it. Some of the tactics employed then are still all too evident today, but there are also important differences that provide a basis for hope.

My own introduction to immigration law came as a young lawyer with the Center for Constitutional Rights, a non-profit civil rights organization in New York. My first trial involved the defense of Margaret Randall, who faced deportation for advocating world communism. This was in 1984, not 1954; the trial was an anachronism. There had not been a communist deportation trial in ages. (Indeed, I suspect the real reason I was invited to give this lecture is that I am the last person standing to have litigated a communist deportation case.)

Margaret Randall was a prolific writer. As you might imagine from her name, she was actually born a U.S. citizen. But she found herself in deportation proceedings because she had given up her American citizenship in order to obtain Mexican citizenship in the 1960s, while married to a Mexican poet and living with her family in Mexico. After residing for many years in Mexico, Cuba, and Nicaragua, she ultimately sought to return to the United States as a Mexican citizen, and applied for permanent resident status. An immigration official denied her application on the ground that she had espoused world communism in her writings, and she was placed into deportation proceedings.

Randall's 1984 deportation hearing, in El Paso, Texas, largely consisted of immigration attorneys questioning her about her writings. They had effectively underlined in red every time she had written anything vaguely communist, including a journal entry expressing pride in her three-year-old son “becoming [a] communist” by learning how to share his toys with others. Sometimes it's not so good to be prolific. At one point, Guadalupe Gonzalez--the immigration lawyer cross-examining Randall--confronted her with the fact that a magazine she had once co-edited with her husband “has been described in print as 'a revolutionary weapon.”’ Randall replied, “[Revolutionary weapon] is a metaphor, Ms. Gonzalez ....” Gonzalez's next question: “What's a metaphor?”

If Randall's case marked the dying embers of anti-communist deportation efforts, the Palmer Raids were its beginning. In late 1919 and early 1920, federal officials rounded up several thousand immigrants, denied them access to lawyers, interrogated them, and held them in inhumane conditions. Of the thousands rounded up, approximately five hundred were deported. That there were not more deportations was due to the courage of a single man, Louis Post.

Post was acting Secretary of Labor, whose responsibilities at that time included reviewing deportation decisions. He personally overturned thousands of deportation orders. For doing so, the U.S. House of Representatives summoned him for an impeachment inquiry in 1920. He was ultimately acquitted. Reflecting on the Palmer Raids after the fact, Post wrote that “the force of the delirium [caused by the bombings] turned in the direction of a deportations crusade with the spontaneity of water flowing along the course of least resistance.”

Targeting non-citizens is the “course of least resistance” precisely because they have no vote. In some sense, we have been following this course ever since. In this essay, I examine four points about that phenomenon. First, it is often illusory to think that what we do to foreign nationals in the “course of least resistance” will not affect citizens. Second, this tendency to pursue the “course of least resistance” helps to explain the governmental overreach we saw during the Palmer Raids, and have seen on many occasions since. The checks that might otherwise exist in a democracy are absent when the targets are non-voting immigrants. Third, the double standard that we impose on foreign nationals, treating them in ways we would not tolerate for ourselves, is both morally and constitutionally wrong. Finally, while the anti-immigrant initiatives led by President Donald Trump were in some respects similar to the post-Palmer Raids initiatives, they were also different in important ways--and those differences presented both distinct challenges and real opportunities.

In November 2020, the American people, by a large margin, chose Joe Biden over Donald Trump, rejecting the politics of fear that Trump had stoked. Among President Biden's first steps were reversals of many of Trump's worst anti-immigrant initiatives, including the Muslim ban, family separation, the border wall, and the “return to Mexico” policy. Yet a growing number of immigrants arriving at the U.S.-Mexico border has already led to criticism that the Biden administration has not been tough enough in enforcing immigration restrictions at the border. Only time will tell whether we can respond to the latest challenge by rejecting and rising above the patterns of the past.

David D. Cole is the National Legal Director of the American Civil Liberties Union and the Honorable George J. Mitchell Professor of Law and Public Policy, Georgetown University Law Center. J.D. Yale Law School, 1984; B.A. Yale University, 19; This article is based on the keynote address at the New York Law School Law Review symposium titled “A Century of Targeting Immigrants: From the Red Scare to the Travel Ban” by David Cole, delivered on November 8, 2019.