Acts of Justice: Restoring Justice for Immigrants Through State Pardons 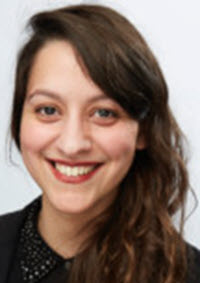 Former President Trump's selective use of his pardon power garnered much attention during his presidency, including some uses that have sparked controversy due to their particular personal and political connections to the President. Despite who Trump chose to pardon, criminal justice advocates maintain the importance of increasing pardon power and recommend that President Biden do the same for people with drug and other types of convictions. But mostly left out of that conversation is the impact of pardons on immigrant communities. Consider the story of Ousman Darboe, a now twenty-eight-year-old Gambian immigrant from New York City who had been in Immigration and Customs Enforcement (ICE) detention for over three years. His wife found out she was pregnant just one week after ICE arrested him. Two years later, Mr. Darboe had only ever held his daughter twice while in detention.

During his time in detention, Mr. Darboe received a rare pardon from New York Governor Andrew Cuomo for the one adult criminal conviction on his record--for a crime for which Mr. Darboe maintains he did not do. While Mr. Darboe was finally released from detention on bond in September 2020, he was released with an ankle monitor as his immigration case continued. Despite being pardoned by Governor Cuomo, Mr. Darboe remains threatened with removal from the United States.

People like Mr. Darboe continue to face the threat of deportation because the power of pardons to eliminate the immigration consequences of convictions is not absolute. Under current Board of Immigration Appeals (BIA) case law, pardons can relieve immigration consequences in some circumstances but are entirely ineffective in two significant instances. First, pardons for certain underlying convictions do not waive deportability. Section 237(a)(2) of the Immigration and Nationality Act (INA), also known as the Pardon Waiver Clause, provides that a full and unconditional pardon by a governor will prevent deportation through a statutory pardon waiver for four categories of offenses: Crimes Involving Moral Turpitude (CIMTs), multiple convictions, aggravated felonies, and high-speed flight from Department of Homeland Security checkpoints. However, certain exceptions do not fall within the Pardon Waiver Clause. In other words, if a governor issues a full and unconditional pardon for one of those underlying offenses, the pardon will not void immigration consequences resulting from that conviction. If a governor issues that pardon for a crime that falls outside of one of those exceptions, deportation can no longer occur.

Second, pardons are often rendered ineffective when someone is considered inadmissible based on a conviction, meaning that the person is considered present in the United States without being properly “admitted” into the States. Although the INA's inadmissibility grounds do not expressly mention pardons, courts and the BIA have often read the statute to give pardons no effect when someone is charged on inadmissibility grounds.

While it is not uncommon for certain types of offenses to trigger grounds of deportability and inadmissibility, state-pardoned offenses should be excluded from triggering any immigration consequences. Because the failure to recognize the full effects of state pardons implicates federalism and constitutional concerns, this Note argues that courts and federal administrative agencies should instead recognize full and unconditional gubernatorial pardons for all offenses for immigration purposes.

To lay the groundwork for this argument, Part I of this Note first provides a historical overview of the plenary doctrine, relevant INA provisions, and the limited jurisprudence involving the Pardon Waiver Clause. Part I also provides a brief historical background of the origins of the gubernatorial pardon power and then traces its evolution to its present-day use as a deliberate resistance tool by governors to prevent deportation of its state residents. In tracing this history, Part I suggests that courts should reject an expansive application of the plenary power doctrine in cases involving state pardons because pardons serve as a protective, inclusionary measure by governors that signal an effort to curb deportation.

Part II draws from federalism principles and state sovereignty to explain why federal immigration consequences should not interfere with state governors' distinct acts of pardons. Part II concludes that the exceptions enumerated in the Pardon Waiver Clause give rise to federalism issues and the constitutional problem of impermissible commandeering.

To resolve the federalism and constitutional concerns raised with the current immigration enforcement scheme for certain individuals pardoned by state governors, Part III proposes that Congress amend immigration laws to redefine the term “conviction” to exclude pardoned convictions. Until then, Part III also proposes that the Biden Administration should give full faith and credit to state pardons as a discretionary matter when considering whether to deport a noncitizen on the basis of their criminal history. Specifically, the Biden administration should instruct ICE to use prosecutorial discretion by declining to initiate removal proceedings and terminating proceedings already underway for individuals with pardoned offenses. For individuals facing grounds of inadmissibility, the INA should be read by adjudicators in such a way that pardons overcome inadmissibility for all underlying convictions.

Upon his release from immigration detention, Mr. Darboe was finally able to hold his daughter after years of separation, and now he is home with his family. However, his fight to remain in the United States with his family continues, all based on a sole, unfounded, and now pardoned, conviction. As such, the full effect of state pardons is crucial for justice-involved immigrants facing deportation. As part of his initial campaign platform, President Biden promised to broadly use his clemency power to secure the release of individuals facing unduly long sentences for certain nonviolent and drug crimes. Despite reports of a long-term plan to use pardons to address racial injustice, the Biden Administration has so far fallen short on this promise. While President Biden's anticipated use of increased pardons will also be very important in the immigration context, Biden's messaging already signals a line drawing of the type of offenses that will likely be considered for those pardons. As such, it is tremendously important on the state level for governors to continue using their state pardon power towards all kinds of offenses, including controlled substance offenses, and that the full effects of those pardons are recognized for immigration purposes. With the widespread use of the pardon power, it will also be crucial for the INA to be amended so that all immigrants such as Mr. Darboe can receive the full effects of those pardons and no longer face the risk of deportation.