The Crossroads: Being Black, Immigrant, and Undocumented in the Era of #Blacklivesmatter 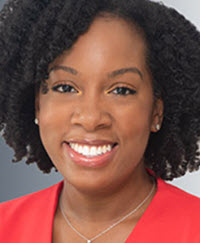 Part One presents the increasing presence of Black immigrants in the U.S., and discusses the ways in which racialized policing and application of criminal laws subject Black immigrants to some of the same perils Black Americans face when confronted by the criminal justice system. Yet, for Black immigrants, this confrontation can lead to removal or other dire immigration consequences. Part One lays out statistics about Black immigrants, including their higher rates of detention and removal as compared to other immigrant groups. Part Two proposes that the Black immigrant population's invisibility, and resulting vulnerability, requires targeted activism from both immigration reform and migrant rights advocates and criminal justice reform advocates. Part Two also highlights two such organizations advocating for Black immigrants: the Black Alliance for Just Immigration (“BAJI”) and the UndocuBlack Network (“UndocuBlack”) and shows how their work engages in transformational solidarity. Part Three proposes a forward-looking path for Black advocates, focusing on BAJI's theory of “transformational solidarity:” migrant rights activists and activists in the Movement for Black Lives must collaborate in order to ensure Black immigrants and undocumented Black people are part of the larger narrative and being advocated for. This collaboration will create a fuller, contextualized, and better-informed picture of what criminal and immigration law reform can--and should--look like. This collaboration will add even more texture to the still-burgeoning, and increasingly intersectional, Movement for Black Lives.

Black immigrants live in the crosshairs of American-bred anti-Black racism and anti-immigrant sentiments. Despite an ever-increasing statistical presence in the United States, Black immigrants are excluded from the national discussion about immigration reform, which has falsely been painted as a Latinx-only issue, erasing Black immigrants from narratives about undocumented immigrants. Activists must ensure that this “invisible” population's specific vulnerabilities--being swept into the criminal justice system via anti-Black racism and then subjected to punitive immigration consequences--are taken into account.