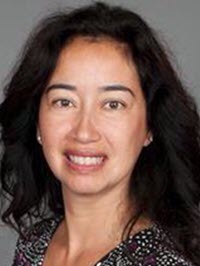 Over the last fifty years, several momentous events have taken place that have caused many to believe that race no longer has any significance in the United States. While the history of the United States is replete with overt racism, the civil rights movement in the 1950s and 1960s ended segregation in education, housing, and public accommodations, as well as unequal voting practices. Legislation during the 1960s also ended formal discrimination in U.S. immigration law by abolishing the national origins quota, which restricted individuals from entering the United States on the basis of race, ethnicity, and national origin.

This time period has been described as a historical turning point, marking American society's commitment to racial equality. Over the last 50 years, proof of America's transformation into a racially equal society is shown in such events as the appointment of three minority Supreme Court Justices, Marshall, Thomas, and Sotomayor, who are often stated to hold more power than the President, currently Barack Obama, who is the first black president of the United States. As a result of these and other events, most markedly the election of President Obama, many tout that the United States is now a “post-racial” society, meaning that race no longer plays a part in the mistreatment, discrimination, or prejudices individuals face in the United States, and that everyone is capable of achieving the American Dream with hard work and commitment.

While strides have been made towards racial equality, the United States remains “categorically unequal.” Disparities exist between Latinos and other groups of the population in incarceration rates, poverty rates, unemployment rates, and in the detention and removal rates in the immigration system. Blacks and Latinos within the United States are incarcerated at higher rates than whites, named “hyper or mass incarceration” to describe the exorbitant number of individuals incarcerated and its disproportionate impact to particular groups. And, while immigration laws are now facially race neutral, the removal rate of immigrants of color is disproportionately higher than whites. In fact, the vast majority that are currently detained, prosecuted, and removed under U.S. immigration law are Latinos, comprising over 90% of those impacted. The historical number of removals from the United States as well as its disproportionate impact on Latinos as a group makes crimmigration a system of racialized mass or hyper removal.

Despite the alarmingly disproportionate impact on Latinos, however, little has been explored concerning this phenomenon. One reason that may explain the lack of clamor is the belief that those who are accused and found to have violated immigration laws, like criminals, are in their predicament due to personal “choice and behavior” as opposed to racially discriminatory treatment. Supporters of this position point to the race-neutral laws which Latinos are charged with violating as proof that race is not a factor in Latinos' detention and removal rates. Another reason that may drive away vocal opposition is the overwhelming belief that those who are deported are a threat to America. The Department of Homeland Security (DHS) emphasizes its mission is to target those noncitizens who pose “the most serious public safety and national security threats.” The “criminal aliens,” therefore, are America's greatest threat-they are foreigners and they are criminals. American society owes them nothing.

As a result, the United States has systematically and increasingly removed Latinos from its borders with little opposition despite clear evidence that immigrants are less likely to cause crime, the vast majority of those removed as “criminal aliens” are removed for non-violent offenses, crime rates in the United States have been declining since its inception, and unauthorized immigration rates from Latin American countries have been declining.

Therefore, if rising deportation rates do not correlate to rising levels of crime, violence, national security risks, or migration rates, why is the United States increasingly spending billions of dollars to combat a threat that doesn't exist among the targeted group? Why does America allow for the destruction of families and communities that will further strain the economic stability of America's economy? And if Latinos do not commit “dangerous” crimes nor pose a serious threat to national security, why are they detained and removed from the United States at exponentially higher rates than other racial groups?

This Article posits that despite the abolishment of race-based laws, race continues to play an essential role in structuring and representing American society. Michael Omi and Howard Winant have asserted that “the attempt to banish the concept [of race] as an archaism is at best counterintuitive.” Lo c Wacquant finds that America's hyperincarceration cannot be supported by increasing rates of crime or by an efficient criminal justice system, but rather the system is grounded in “political choices informed by cultural values and made to matter by asymmetries of power.” When discussing the development of mass incarceration, Michelle Alexander further posits, “What has changed since the collapse of Jim Crow has less to do with the basic structure of our society than with the language we use to justify it.” This Article argues that the same holds true for crimmigration. Crimmigration cannot be supported by increased threats by Latinos to America's national security and public safety. The United States' prosecution and removal of individuals is derived from political choices and cultural norms, enforcing “colorblind white dominance.” What has changed since the 1960s has less to do with American society's enlightenment on the equality of all racial groups and more to do with the methods and tactics that American society uses to enforce racial hierarchies. At a time when the Latino population has been steadily increasing in the United States and overt discrimination has been outlawed, a new tactic needed to be implemented to maintain racial inequality and “colorblind white dominance.” From these concerns, crimmigration was created.

The structure of crimmigration disparately impacts Latinos and the disproportionate rates of incarceration, detention, and removal reify the conclusion that Latinos break more criminal and immigration laws due to their behavioral choices instead of exploring whether criminal and immigration laws are created and enforced to promote discriminatory treatment and outcomes. Society looks only to the sheer numbers as the “logical” proof. The Latino has become the “criminal alien” and through this structure the Latino is legally discriminated against through various forms of exclusion and exploitation, such as housing, employment, education, and most severely, actual banishment. As a result, Latinos' ability to enter into American society, gain economic stability, and achieve political power continues to elude them, maintaining the status quo of white racial dominance despite Latinos' majority-minority status.

Crimmigration has only recently received the attention it deserves. In fact, prior to 2006, the phenomenon had no name. Since then, legal scholars, such as Jennifer Chacon, Gabriel Chin, Ingrid Eagly, Cesar Cuauhtemoc Garcia Hernandez, Kevin Johnson, Daniel Kanstroom, Stephen Legomsky, and Juliet Stumpf have begun to identify various components and characteristics of crimmigration. Last year, Cesar Cuauhtemoc Garcia Hernandez first argued in Creating Crimmigration, that crimmigration developed as a backlash to the civil rights movement. In a continued attempt to limit the number of nonwhite individuals who entered and remained in the United States, the immigration system began to use criminal status as a proxy for race.

This Article expands on that thesis. While the achievements of the civil rights movement and its political backlash played an important role in the development of crimmigration, crimmigration's historical beginnings can be linked to strategies to reduce and control Latino migration already in place prior to the 1960s. Finally, while crimmigration successfully works against other racial groups, crimmigration emerged through various legislative acts, policies, decisions, and procedures that particularly targeted Latinos. Finally, while overt racism has played a role in its development, structural inequality works to mask and entrench racism within the system as it allows for the continued racial disparities in a post-racial world-court decisions refuse to recognize it, society refuses to acknowledge it, and individuals can forcefully insist that they support the system as it stands because it is not based on race or racism. That is its complexity, and that is its success. Formal equality shields structural inequality and, specifically with the criminal justice system, while the system may be constructed through racial animus or result in a disparate impact on certain groups, the structure is protected and racial hierarchy continues as any discriminatory effects will only be construed as inevitable parts of our criminal justice system.

This Article explores the development of crimmigration as a mechanism through which the historical identity of Latinos, as temporary and subordinate, can be enforced without ever using race explicitly. Part II briefly discusses the relationship between immigration and crime, finding little correlation between the two, thereby calling into question the justification for increasing removal rates over the years. Part III discusses the history of Latinos in the United States as temporary, menial, and subordinated. Part IV discusses the creation of crimmigration over the last sixty years. This section examines the converging legislative acts, policies, and decisions as well as the shifting politics and culture that have structured crimmigration in a way that has led to the inevitable effect-racialized mass removal and the continued subordination of Latinos, which is more fully discussed in Part V.

We are only now starting to uncover the complexity of crimmigration. It will take decades to understand crimmigration's multiple dimensions-its purpose, its impact, and its extent. This Article cannot do it all. It does, however, start the discussion as to crimmigration's underlying purpose in the hope that future research can build off this hypothesis to further uncover crimmigration's structure and look to ways to end its destructive nature.

As this Article has discussed, however, “crimmigration” has failed to make our community safer or our nation more secure. It has failed because community safety and national security was not its goal. Its goal was to ensure the continued “understanding” that had been decided between the United States and Latinos over the last 160 years-“[t]o be ready to go to work when needed; to be gone when not needed.” Latinos broke from this as they increasingly began to enter and remain in the United States over the last 50 years. Therefore, a mechanism to enforce this understanding was necessary for dominant society to maintain control of its nation.

Crimmigration was structured for this goal. In this goal, it has succeeded. Crimmigration was fashioned through race-neutral laws, policies, and procedures, established through cultural values, and supported through political choice, to create, maintain, and perpetuate the unequal relationship between Latinos and dominant society without the explicit use of race. As a result, millions of Latinos have been removed, millions of families have been torn apart, and Latin countries will increasingly feel the negative impact of their returning citizens and their decreasing remittances. Through crimmigration, Latinos will remain relegated to temporary status and menial labor with their economic and political stability continuing to elude them.

This Article begins to uncover the structure and underlying motivation of crimmigration and is increasingly relevant as both the state and federal government look to expand the number of criminal and immigration offenses that label a noncitizen a “criminal alien.” It is also highly relevant as the Latino population in the United States continues to grow. By beginning this dialogue, further research can continue to study this hypothesis. Such investigation is critical to further understand the complexities of crimmigration and its impact on racial inequality in the United States.

Assistant Professor of Law, University of Cincinnati College of Law.