Opening Borders: African Americans and Latinos Through the Lens of Immigration 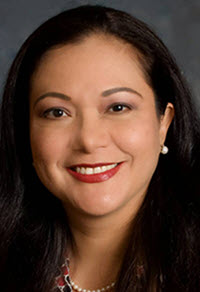 We may have all come on different ships, but we're in the same boat now.”

The 2008 presidential campaign and election highlighted the political participation of the African-American and Latino populations. The increases of the Black and Latino populations impacted their voter turnout. Black voter turnout increased 4.9 percentage points from 2004 (60.3%) to 2008 (65.2%), nearly matching the White voter turnout rate (66.1%). voter turnout also increased from 2004 (47.2%) to 2008 (49.9%). Due to close races, these groups' votes influenced the outcome of the elections in states where their presence is significant. Asian Americans also voted in record numbers, but their population numbers were not as considerable as those of African Americans and Latinos. made a historic contribution during the 2008 presidential race because the number of Latino voters was larger than in any prior presidential election. Another factor that influenced the participation of minority groups was the presence of the first minority candidate, Barack Obama, the son of an immigrant, with a real potential to win the presidency. Obama turned out the most diverse voting demographics in the history of any U.S. presidential election. In 2012, President Obama's support of comprehensive immigration reform once again caused Latinos to vote and support him in overwhelming numbers, helping him to win a second term in office. In a speech on November 7, 2012, soon after his re-election, President Obama reiterated his promise to fix the immigration system.

The 2010 U.S. Census figures confirm that the United States is becoming a more racially diverse country due to increases in populations of minority groups, mainly Asians, Blacks, and Latinos. The U.S. Census population percentage changes from 2000 to 2010 for the major population groups are as follows: Asians (3.6% to 4.7%), Blacks (12.1% to 12.2%),(12.5% to 16.3%), and Whites (69.1% to 63.7%). The country is still majority White. However, according to the Population Reference Bureau, “[t]he rapid increase in racial/ethnic minorities has put the United States on a fast track toward ‘majority-minority’ status, when less than half of the U.S. population will be non-Hispanic white.” In terms of eligible voters, the majority are White. The age of the minority population is much younger; almost half of the U.S. population under eighteen (ineligible to register to vote) are minorities, but two-thirds of the voting-age population is White. Immigration has been a major reason for the increase of the minority population in recent decades, and future immigration will further determine if and when the U.S. population actually reaches “majority-minority” status.

As demographic changes cause the United States to move away from a majority-White population and toward a “majority-minority” population, these demographic shifts increase the political power of the two largest minority groups--African Americans and Latinos. Consequently, more scholarship should analyze how the input and dynamics of these groups, in relation to each other, will influence the political and societal future of the United States. This necessity was identified as one of the concerns of LatCrit scholars when they began a movement, among other things, to move legal scholarship beyond the status quo. LatCrits sought to consider how the diverse racial groups should collaborate with each other.

How do we as African-Americans, we as White-Americans, we as Asian-Americans, we as Latino/Latina Americans participate together in struggles that involve people who are not ourselves? Fundamentally, we have to figure out how to hear what other people are saying, how to participate in the struggle of those others who are involved with us in the larger struggle to reduce racial and gender oppression and how to understand what this project as a racial, ethnic, or nationality concern ought to entail and ought to make for us.

As this Article approached its final stage, the verdict in the Zimmerman case was rendered. This case polarized the country along perspectives about race in America. It reminded the nation that we are still divided in our experiences with racial injustice. It also reminded us why it is important to explore and understand how race influences our individual and group views on legal, political, and social issues. Authors who choose to challenge the status quo open themselves to criticism and to being labeled controversial. However, some of us have to be willing to open critical dialogues and propose solutions about issues of our time that impact nearly every aspect of law and society. Great efforts have been made during the writing of this Article not to essentialize the experiences of African Americans and Latinos because members of these communities are not monolithic. To “essentialize” minorities means to ascribe certain characteristics and experiences to all individuals within a particular group. However, notwithstanding individual differences, “there are still issues where which race [a person is] makes a difference in perception. And that perception informs political views and attitudes.” This is why race and its impact on individual and group actions and reactions are analyzed in this Article.

There is ample legal scholarship analyzing racial dynamics between Whites and minorities, but the taboo subject of how minorities engage in “racialized politics” around political issues, such as the immigration debate, is in its early stages. This Article examines, through the lens of immigration, how demographic shifts, race, and politics affect coalitions between African Americans and Latinos. In this Article, it is taken as established that African Americans and Latinos are socially-constructed racial groups in the United States. Part I illustrates how the media “racialized” the Latino vote during the 2008 Democratic Primary elections when the majority of Latinos in those early elections supported U.S. Senator Hillary Clinton, a White woman, rather than U.S. Senator Barack Obama, a Black man. This Part shows the need for more nuanced discussions about race and race relations, and explains why Americans should not rely on incomplete and misguided media representations of Black-Brown alliances and conflicts. Part II considers the elephant in the room--race--in relation to interactions between African Americans and Latinos. Racism is generally not cited, at least not in a direct and explicit way, when scholars examine the reasons why African Americans sometimes join with Whites in opposition to immigration and immigrants. But, as the events surrounding the Zimmerman case demonstrate, avoiding the issues of race and racism, including within minority communities, does not cure the problem. When minority groups fail to acknowledge that they are not immune from racist tendencies, they repeat the learned cycle of oppression against members of other groups, including against other people of color. This Article confronts race and racism candidly in an effort to put them on the table as conscious and unconscious reasons for the lack of support for immigration reform in some African-American circles.

Part III examines the views of African Americans about Latino immigration, thereby expanding beyond the usual Latino-White immigration paradigm to a Black-Latino paradigm. Paradigms center the interests of particular communities. It is valuable to consider the interests of African Americans vis-à-vis Latinos in the immigration debate. This Part includes, by way of background, a brief discussion of the African American experiences with immigration and migration. Finally, this Part challenges the main reasons cited for anti-immigration positions: nativism, economics, and politics. Part IV describes some of the historical civil rights struggles of African Americans and Latinos and analyzes why the groups should collaborate in the fight for civil rights for all. The communities are disenfranchised, including through racial profiling, segregated and substandard education systems, denial of voting rights, and detrimental immigration policies. These experiences demonstrate that the groups should work together in support of common interests. In conclusion, the Article proposes that African-American and Latino interactions and coalitions may set the tone for the sociopolitical future of the nation.. . .

In his 2014 State of the Union address, President Obama said: “Let's make this a year of action.” African Americans and Latinos profit from forming coalitions for the benefit of both groups and American society in general. Comprehensive immigration reform may be the means to test the possibilities and the power of African American and Latino coalitions. Coalition-building is strenuous and must be conducted with respect and caution. Groups and individuals must make a conscious effort to find “safe spaces” where they can engage beyond their own groups in order to facilitate cultural exposure and collaboration, which lead to an increased understanding of people of different races, ethnicities, and cultures; this increased understanding should be accompanied by mutual respect. To reach consensus, African Americans and Latinos have to be open to dialogue, willing to learn about each other's experiences, committed to recognizing each other's contributions, ready to embrace the differences along with the similarities, and eager to bake a larger American pie to be shared equitably by all people in this nation. Racial tensions should not be ignored. Americans in general must resist the tendency to entrench within their own groups, “‘hunker down,’ or ‘pull in like a turtle,”’ in reaction to the presence of people of different races and ethnicities.

Community and political advocates and activists must emulate the example of leaders like César Chávez who acknowledged “the connections and the similarities among the struggles of Latinos, Blacks, Jews, and other minorities.” Indeed, all communities in the United States must be ready to work and march together on the path towards the dream of Dr. Martin Luther King, Jr. of civil rights and equality for all. As Dr. King explained it: “We are caught in an inescapable network of mutuality, tied in a single garment of destiny. Whatever affects one directly, affects all indirectly.” Therefore, we must recognize that what is good for the currently marginalized minorities is good for all people in the United States; this might be the ultimate redemption for our nation.

Those who are racially marginalized are like the miner's canary: their distress is the first sign of a danger that threatens us all. It is easy enough to think that when we sacrifice this canary, the only harm is to communities of color. Yet others ignore problems that converge around racial minorities at their own peril, for these problems are symptoms warning us that we are all at risk.